Quotes from the Company:

“Our exploration efforts, including the results reported today, continue to validate the scale of the new Dark Horse Discovery,” said Peter Akerley, Erdene’s President and CEO. “Over the past several months we have confirmed high-grade, near-surface, oxide gold zones in the southern portion of Dark Horse Mane, broad areas of low-grade material along the northern trend of this zone and multiple zones of high-grade gold along the northeast intersecting structures, while improving our understanding of the geologic and structural setting of this large target area.”

“These results have been incorporated into targeting for an additional 3,000 metre drill program now underway,” continued Mr. Akerley. “This drill program is focused on two objectives – delineating near-surface resources at Dark Horse Mane that have the potential to be incorporated rapidly into the Bayan Khundii Gold Mine development and testing highly prospective targets in the broader twelve square kilometre prospect area. We remain in the early stages of understanding the full potential of this exciting target with future exploration drilling shifting to both deeper targets and targeting structural corridors.”

Highlights1(See the attached maps for reference):

The drill program reported in today’s release includes drilling in the northern portion (approximately 750 metres N-S) of the Dark Horse Mane prospect, with 15 of the 27 holes testing the near-surface (within 100 metres) oxide gold zone. Additionally, six wide spaced holes tested the southern continuity of the structure between the high-grade (AAD-58 and 81) Dark Horse discovery and the Bayan Khundii deposit. The six remaining holes tested parallel or intersecting northeast structures in the broader target area.

Results from the northern portion of the Dark Horse Mane area validate the continuity of near-surface, lower grade, oxide gold mineralization, complimenting the high-grade zones previously defined along the southern continuation of the structure and along the northeast trending structures to the east. Drilling in this area included fences of two holes in several areas with the deeper hole consistently indicating increased gold values and thickness of the alteration zone at increasing depths supporting deeper drilling, below the 100-metre depth tested to date. In addition, several holes intersected gold zones west of the targeted structure near the bottom of holes with grades in the 0.5 g/t to 1.5 g/t gold range over 1 to 2 metre intervals.

1 Reported intervals in this release are downhole apparent widths. Continued exploration is required to confirm anisotropy of mineralization and true thicknesses.

Drilling south of the high-grade zone intersected in AAD-81 (39 metres of 2.7 g/t gold) and AAD-58 (45 metres of 6 g/t gold) tested two targets at 100-metre step-outs. Intense iron oxide phyllic alteration associated with the interpreted intersection of the two major faults was observed in AAD-84, 100 metres south of AAD-81, with low but anomalous gold and indicator element values over a broad zone, testing the target at 40 metres depth. Stepping out a further 100 metres south, gold and indicator element anomalism is increasing substantially in AAD-101 with intense veining and oxide and clay alteration at 60 to 130 metres down hole, presenting a new deeper drill target. Further south, a series of holes, spaced at ~250 to 300 metres, were completed to test continuity of alteration and mineralization along the main structure. Although indications of hydrothermal alteration is observed, the host rock appears less favorable for gold deposition than that in the Dark Horse Mane zone further north although additional exploration is required.

Approximately 700 metres east of the Dark Horse Mane zone, hole AAD-110 tested the eastward continuation of the NE structure that intersects N-S structure in the area of AAD-81 and identified a new gold zone with encouraging gold values near surface and at 100 metres downhole.

The drill program launched this week is focused on two objectives: delineating near-surface resources that can be incorporated into the Bayan Khundii Gold Project and testing high potential expansion zones in the broader 12 square kilometre prospect.

Approximately 1,500 metres of delineation drilling is planned in areas surrounding the high-grade zones intersected at AAD-57 and AAD-58. Erdene is planning scissor holes, within the upper 100 metres, at 30-metre spacing in these zones to define potential near-surface, oxide, high-grade gold mineralization amenable for processing in the proposed Bayan Khundii Gold Project carbon in pulp processing facility.

Concurrently, controlled source audio-frequency magnetotellurics (“CSAMT”) and detailed dipole-dipole induced polarization (“Dp-Dp IP”) ground geophysical surveys are underway to assist in deeper targeting. These will be completed over a four square kilometre portion of the Dark Horse prospect to identify zones of sub-surface electrical resistivity and conductivity, representing silicification and clay alteration related to epithermal vein systems. The results of this program will assist in definition of future deeper drill targets within the prospect.

Erdene discovered the Dark Horse prospect area, 3.5 km north of the Bayan Khundii deposit, on a previously underexplored portion of the Khundii Mining License in August 2019. Surface exploration in late 2019, including detailed geologic mapping and geochemical sampling (rock chip and soil) identified multiple samples grading over 5 g/t gold, including an 87.8 g/t gold rock chip sample hosted within comb quartz adularia veins. In June 2020, the Company completed further trenching at Dark Horse, with assays returning 6 metres grading 8.8 g/t gold, including 1 metre of 50.8 g/t gold, and 4 metres of 14 g/t gold, including 1 metre of 45.3 g/t gold. Initial drilling at the Dark Horse prospect, consisting of 25 holes totaling 4,660 metres, was completed in the second half of 2020. Results from the exploration program defined a N-S trending, 1.4 km long mineralized structure, referred to as the Dark Horse Mane prospect, establishing Dark Horse as the most significant area of gold mineralization in Erdene’s Khundii Gold District since the discovery of the Bayan Khundii gold deposit.

Since initial drilling in August 2020, the Company has completed 10,342 metres of drilling in 71 holes at the Dark Horse prospect, covering an area approximately 4.6 kilometres (E-W) by 2.6 kilometres (N-S). The drill hole vertical depths ranged from 35 to 292 metres and averaged only 112 metres. Intersection highlights include:

During the first quarter of 2021, Erdene completed a 1,900 metre scout drill program at Dark Horse, followed by a further 3,575 metres of drilling in April 2021, the final results of which are being announced today. A table of highlight drill intersections to date is included as Table 3 of this release.

Daily health and safety briefings, body temperature checks, enhanced hygiene protocols, rapid testing, and additional personal protective equipment have been instituted in all of the Company’s operations in Mongolia. The Company maintains a dedicated, registered nurse at the project site to administer COVID-19 testing and implement health and safety procedures during exploration. With these measures, our team continues to carry out field work without significant disruption. The Company’s corporate and administrative teams continue to work on modified schedules and have adopted enhanced hygiene measures that allow operations to continue without significant disruption. All Erdene and Contractor staff operating in Bayankhongor have received two doses of a COVID vaccine. Staff and contractors were required to provide a negative COVID-19 test prior to travelling to the exploration camp and upon arriving at camp, staff and contractors received a second rapid COVID test to confirm earlier results.

Erdene’s deposits are located in the Edren Terrane, within the Central Asian Orogenic Belt, host to some of the world’s largest gold and copper-gold deposits. The Company has been the leader in exploration in southwest Mongolia over the past decade and is responsible for the discovery of the Khundii Gold District comprised of multiple high-grade gold and gold/base metal prospects, two of which are being considered for development: the 100%-owned Bayan Khundii and Altan Nar projects. Together, these deposits comprise the Khundii Gold Project.

The Bayan Khundii Gold Resource1 includes 521,000 ounces of 3.16 g/t gold Measured and Indicated (“M&I”)² and 103,000 ounces of Inferred resources at 3.68 g/t gold. Within the M&I resource, a proven and probable open-pit reserve totals 409,000 ounces at 3.7 g/t (see the full press release here), providing significant potential growth of reserves with the development of the remaining M&I and Inferred resources2.

In July 2020, Erdene announced the results of an independent Feasibility Study for the Bayan Khundii Gold Project (press release here). The Feasibility Study results include an after-tax Net Present Value at a 5% discount rate and a US$1,400/oz gold price of US$100 million and Internal Rate of Return (“IRR”) of 42%. The Feasibility Study envisions an open-pit mine at Bayan Khundii, producing an average of 63,500 oz gold per year, for seven years, at a head grade of 3.71 g/t gold, utilizing a conventional carbon in pulp processing plant. Production is expected to commence in early 2022 based on the current project schedule.

Erdene Resource Development Corp. is a Canada-based resource company focused on the acquisition, exploration, and development of precious and base metals in underexplored and highly prospective Mongolia. The Company has interests in three mining licenses and two exploration licenses in Southwest Mongolia, where exploration success has led to the discovery and definition of the Khundii Gold District. Erdene Resource Development Corp. is listed on the Toronto and the Mongolian stock exchanges. Further information is available at www.erdene.com. Important information may be disseminated exclusively via the website; investors should consult the site to access this information.

Peter Dalton, P.Geo. (Nova Scotia), Senior Geologist for Erdene, is the Qualified Person as that term is defined in National Instrument 43-101 and has reviewed and approved the technical information contained in this news release. All samples have been assayed at SGS Laboratory in Ulaanbaatar, Mongolia. In addition to internal checks by SGS Laboratory, the Company incorporates a QA/QC sample protocol utilizing prepared standards and blanks. All samples undergo standard fire assay analysis for gold and ICP-OES (Inductively Coupled Plasma Optical Emission Spectroscopy) analysis for 33 additional elements. For samples that initially return a grade greater than 5 g/t gold, additional screen-metallic gold analysis is carried out which provides a weighted average gold grade from fire assay analysis of the entire +75 micron fraction and three 30-gram samples of the -75 micron fraction from a 500 gram sample.

Erdene’s drill core sampling protocol consisted of collection of samples over 1 or 2 metre intervals (depending on the lithology and style of mineralization) over the entire length of the drill hole, excluding minor post-mineral lithologies and un-mineralized granitoids. Sample intervals were based on meterage, not geological controls or mineralization. All drill core was cut in half with a diamond saw, with half of the core placed in sample bags and the remaining half securely retained in core boxes at Erdene’s Bayan Khundii exploration camp. All samples were organized into batches of 30 including a commercially prepared standard, blank and either a field duplicate, consisting of two quarter-core intervals, or a laboratory duplicate. Sample batches were periodically shipped directly to SGS in Ulaanbaatar via Erdene’s logistical contractor, Monrud Co. Ltd.

1 Reported intervals are apparent thicknesses (i.e., downhole widths). Insufficient drilling has been completed at Dark Horse to determine orientation of the mineralized zones and therefore true widths cannot be determined at this time. Exploration drill holes are typically oriented normal to (at a right angle to) the trend of potential mineralized targets and holes dips range from 45 to 75 degrees.

2 Reported grades for intervals are weighted averages based on length of sampling intervals, typically 1 to 2 metres. No top cut has been applied; however, intervals greater than 10 g/t gold are reported separately for clarity.

3 Seven of the eight 1-metre samples in this interval returned assays greater than 10 g/t gold, the eighth sample returned an assay of 9.5 g/t gold. The highest grade interval (43-44 metres) is reported separately.

Note: The majority of exploration holes not listed intersected anomalous gold and/or zones anomalous in pathfinder elements (arsenic, molybdenum and antimony) but no significant intervals greater than 0.3 g/t gold.

Figures accompanying this announcement are available at 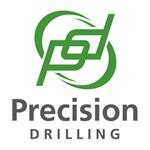 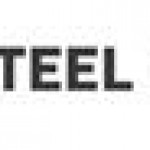