Mr. Wasiela stated, “We are taking this opportunity to update our shareholders and the broader investor community about ESE’s achievements to date, as well as highlight our growth plan for the rest of 2021.”

Recently, ESE released its financial results for the quarter ended April 30, 2021, highlights of which include the following:

CEO Konrad Wasiela stated, “It is important to note that the financial statements for this period only include results of the WPG Acquisition from the closing date until the end of the quarter (April 12 to April 30, 2021). Therefore, this quarter’s revenue only includes a few weeks of operations as a consolidated group. In future periods, we will be able to reflect the combined operations for the full period in our consolidated financial statements.”

Completion of bought deal financing for gross proceeds of $8,629,600

On July 19, ESE completed a “bought deal” public offering (the “Offering”) of an aggregate of 6,164,000 units of the Company at a price of $1.40 per Unit, for aggregate gross proceeds to the Company of $8,629,600 (net proceeds of $7,870,955 after subtracting the underwriters’ commission and expenses). Further information about the Offering is included in the Company’s news release dated July 19, 2021, which can be obtained under the Company’s corporate profile on SEDAR at www.sedar.com.

ESE aims to be capital efficient and to deliver shareholder value. The Company believes it has succeeded in this regard by delivering solid revenue growth on the approximately $5.9 million raised to date (prior to completion of the Offering). The newly injected net $7.8 million from the bought deal financing is expected to further improve capital stability, to support business growth, and to allow ESE to execute on its existing M&A pipeline.

To date, ESE has completed two acquisitions: K1CK in January 2021, and WPG in April 2021. The Company will continue to seek out accretive acquisitions, with a focus on identifying potential opportunities that can add revenue. ESE continued to set its sights on both organic and M&A growth with the following developments:

On May 13, 2021, ESE announced that it signed a Letter of Intent (“LOI”) to acquire Auto Simulation Ltd T/A Digital Motorsports (“Digital Motorsports” or “DMS”), an Irish company that provides infrastructure, technology, and support for esports across the globe – particularly in the simulation racing sector – working with some of the world’s most recognized brands. It also operates an ecommerce website at www.digitalmotorsports.com.

Digital Motorsports is an award-winning organization and one of the leading simulation racing companies worldwide, with demonstrated profitability and year-over-year revenue growth.

DMS is anticipated to strengthen our current digital motorsports business and expand our global footprint in the sector. We have identified several immediate synergistic growth opportunities between ESE and DMS. We are working towards completing the potential transaction and excited to work closely with DMS to execute a strategic growth strategy.

On April 12, 2021, ESE completed its acquisition of World Performance Group Ltd. (“WPG”), an esports gaming and infrastructure company. The highlights of this acquisition include the following:

Appointment of Rick Brace, former President of Rogers, to the Board of Directors of ESE

On April 25, 2021, ESE appointed Rick Brace to its Board of Directors. Mr. Brace most recently served as the President of Rogers Media, the sports and media subsidiary of Rogers Communications.

CEO of ESE, Konrad Wasiela, commented, “It is a privilege to appoint Rick Brace as a director of ESE. His willingness to be hands-on and commit to corporate strategy and provide his operational expertise has been priceless. We have just scratched the surface of the value Rick can add to the ESE group.”

On May 6, 2021, ESE announced that it had signed a content production contract with Electric Vault Sp. z o.o. (“Bitcoin Vault”) for a major roll out of an esports and gaming talent show (the “Gaming Show”). Pursuant to the agreement, ESE is anticipated to produce and distribute a gaming and esports talent show in China, Japan, South Korea, Vietnam, and Brazil.

Under the terms of ESE’s contract with Electric Vault, in consideration for its services, ESE will be paid a total of 3,266,000 PLN (approximately CAD $1,059,483), plus VAT, with 20% payable within seven days of signing the agreement, and the balance due upon completion of the services. The consideration payable to ESE is subject to increase in the event the scope of services is expanded. Production work on the project is in progress with the project expected to be completed in late October.

ESE intends its development and production of the Gaming show to act as a launch pad for the expansion of the media production vertical of its business.

On April 29, 2021, ESE announced that its esports team, K1CK, was launching a tournament in collaboration with the Rio Ave Football Club (“Rio Ave FC”), a Portuguese football club that competes in the Portuguese Primeira Liga, the top division of Portuguese football.

Konrad Wasiela, CEO of ESE, commented, “We are thrilled to be selected by a top-tier soccer club such as Rio Ave FC to rollout their first ever esports tournament. This is a clear example of how esports continues to be an important investment commitment for traditional sports organizations looking to maximize brand exposure and fan engagement. We are excited for the launch of this tournament and we look forward to more collaborations moving forward.”

ESE enlarged its footprint in Europe by securing a team slot in the Ultraliga tournament. Ultraliga is a professional esports competition where players compete in the fight for the title, cash prize pool, and a promotion to the next stage of European competition. The tournament is in official cooperation with the game publisher – Riot Games and is broadcast on Polish National TV and the internet in collaboration with media conglomerate Polsat. In 2019, Ultraliga had over 24 million viewers tune into its esports channel.

CEO, Konrad Wasiela concludes: “I am very pleased with the progress of our operations and financial position halfway through 2021. We managed to improve our margins significantly while growing our business quarter over quarter, which was achieved by focusing on key clients and our strong M&A strategy. We look forward to a similar growth profile over the next half of 2021 driven by further growth from the aforementioned M&A and other material contracts the company has been working on.”

Forward-Looking Statements
This news release contains certain statements that may constitute forward-looking information under applicable securities laws. All statements, other than those of historical fact, which address activities, events, outcomes, results, developments, performance or achievements that ESE anticipates or expects may or will occur in the future (in whole or in part) should be considered forward-looking information. Such information may involve, but is not limited to, comments with respect to: (i) the Company’s future revenues, and its ability to maintain revenue growth; (ii) the success of the Company’s past and future acquisitions; (iii) the use of proceeds of the Offering; (iv) the ability of the Company to identify M&A targets, and its ability to execute on the same; (v) the likelihood of completing the acquisition of DMS; (vi) the Company’s ability to identify and appoint suitable members of senior management and advisors; (vii) the Company’s ability to expand the media production vertical of its business; (viii) the Company’s ability to expand into the North American market; and (ix) the Company’s ability to identify and adopt new technologies and infrastructure. Often, but not always, forward-looking information can be identified by the use of words such as “plans”, “expects”, “is expected”, “budget”, “scheduled”, “estimates”, “forecasts”, “intends”, “anticipates”, or “believes” or variations (including negative variations) of such words and phrases, or statements formed in the future tense or indicating that certain actions, events or results “may”, “could”, “would”, “might” or “will” (or other variations of the forgoing) be taken, occur, be achieved, or come to pass. Forward-looking information is based on currently available competitive, financial and economic data and operating plans, strategies or beliefs as of the date of this news release, but involve known and unknown risks, uncertainties, assumptions and other factors that may cause the actual results, performance or achievements of ESE to be materially different from any future results, performance or achievements expressed or implied by the forward-looking information. Such factors may be based on information currently available to ESE, including information obtained from third-party industry analysts and other third-party sources, and are based on management’s current expectations or beliefs regarding future growth, results of operations, future capital (including the amount, nature and sources of funding thereof) and expenditures. Any and all forward-looking information contained in this press release is expressly qualified by this cautionary statement. Trading in the securities of ESE should be considered highly speculative. 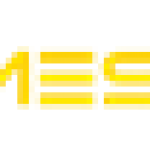 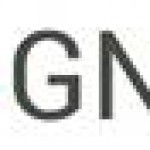