NEW YORK, N.Y., Sept. 28, 2015 (GLOBE NEWSWIRE) — via PRWEB – Establishment Labs, SA, manufacturer of Motiva Implant Matrix® Silicone Breast Implants (http://www.motivaimplants.com) today announced the appointment of Rudy Mazzocchi as Executive Chairman to lead the Board of Directors and oversee both the company’s Research and Development as well as begin the process to enter the North American markets.“It is our privilege to announce Rudy Mazzocchi as Executive Chairman, an experienced medical device entrepreneur and author of more than 60 patents,” said Juan José Chacón Quirós, CEO of Establishment Labs, “Rudy will help lead the charge to make breast aesthetics safer and better for women worldwide by delivering a world class technology platform that promotes both women’s health and aesthetics.”Rudy Mazzocchi brings 25 years of senior management, intellectual property management and financing experience in the medical technology industry. He has founded and led five early-stage medical device companies from development through successful acquisitions in fields ranging from cardiology to neurosurgery. He has served as Chief Executive Officer of ELENZA, Inc., a company developing the world’s first electronic “AutoFocal” Intraocular Lens, since 2010.From 2008 to 2010, Mr. Mazzocchi was President and Chief Executive Officer of NovaVision, Inc., and from 2006 to 2008, he served as Managing Director of Accuitive Medical Ventures, an early stage venture capital fund. Mr. Mazzocchi also served as President and Chief Executive Officer of Image-Guided NEUROLOGICS from 1998 until its acquisition in 2005 by Medtronic, Inc.. Prior to that he founded eV3, which was acquired by Covidien in 2010. Most recently, Mr. Mazzocchi served as Executive Chairman of Vascular Pathways, Inc. and lead its acquisition by C.R. Bard in July 2015.“I am very excited to be a part of Establishment Labs as Executive Chairman and believe that Motiva’s innovative technology platform will have a tremendous impact not only in the global aesthetics and reconstructive surgery markets but also in the overall Women’s Health industry,” said Mr. Mazzocchi. “I look forward to leveraging my expertise in financing, operations, product and clinical development to further enhance their exceptional management team.”About Establishment Labs:Establishment Labs is a global, privately held, aesthetic company that designs, develops, manufactures and markets an innovative product portfolio consisting of advanced silicone-filled breast (http://www.motivaimplants.com) and body shaping implants. Utilizing only the highest quality of medical grade silicones, the CE-marked Motiva Implant Matrix® line is rigorously scrutinized by professional Quality Engineers throughout the entire manufacturing process. All of its products are manufactured in full compliance with ISO and EU requirements, and are certified under the Medical Device Directive 93/42/EEC.This article was originally distributed on PRWeb. For the original version including any supplementary images or video, visit http://www.prweb.com/releases/2015/09/prweb12981549.htmEstablishment Labs
Luis Manuel Gutierrez 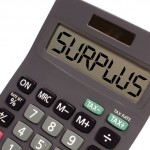