VANCOUVER, British Columbia, March 30, 2021 (GLOBE NEWSWIRE) — Euro Manganese Inc. (TSX-V / ASX: EMN) (the “Company” or “EMN“) is pleased to announce the closing of the first tranche of the AUD$30 million (approximately CAD$29 million) private placement (the “Offering“), the first of three investments by EIT InnoEnergy, an extension to its eligibility timeline on Czech investment incentives, and a grant of stock options.

Closing of First Tranche of Offering

The Company has closed the first tranche of the Offering, announced on March 22, 2021, which consisted of the sale and issuance of 41,666,666 CHESS Depositary Interests (“CDIs“, with each CDI representing one common share (each a “Share“)) at a price of AUD$0.60 per CDI for gross proceeds of AUD$25 million (approximately CAD$24.2 million).

The second tranche of the Offering, consisting of 8,333,334 CDIs at the same issue price is expected to close in May 2021, subject to and following approval by the Company’s shareholders as required by Listing Rule 7.1 of the Australian Securities Exchange (“ASX“).

Net proceeds of the Offering will be used by the Company to advance its Chvaletice Manganese Project in the Czech Republic (the “Project“). Specifically, proceeds will be used for completing the installation and commissioning of the Company’s high-purity manganese demonstration plant (the “Demonstration Plant“), initial year of operating costs of the Demonstration Plant, completing the Project’s permitting and feasibility study, for certain scheduled land acquisition payments and for general corporate purposes.

The securities issued under the first tranche of the Offering have not been and will not be registered under the U.S. Securities Act of 1933, as amended, or any state securities laws and may not be offered or sold in the United States or to U.S. Persons absent registration or an applicable exemption from registration. This press release is not an offer or a solicitation of an offer of securities for sale in the United States, nor will there be any sale of the securities in any jurisdiction in which such offer, solicitation or sale would be unlawful.

Pursuant to the terms of the Project Support Agreement entered into by the Company and EIT InnoEnergy, and announced on February 22, 2021, the Company has received the first of three investments from EIT InnoEnergy, such instalments having an aggregate value of €250,000. The funds will be used to support ongoing work on the Project’s definitive feasibility study and the commissioning of the Demonstration Plant, which is intended to produce large-scale samples of high-purity manganese for supply chain qualification by prospective customers, including European electric vehicle makers and battery manufacturers.

EIT InnoEnergy is a Knowledge and Innovation Community supported by the European Institute of Innovation and Technology. EIT leads the industrial stream of the European Battery Alliance, an initiative launched by The European Commission in October 2017 with the objective to build a strong and competitive battery industry in Europe. The support of EIT is intended to help accelerate the Project’s successful integration into Europe’s electric vehicle (EV) battery value chain.

The first investment made by EIT of €62,500 (approximately CAD$92,850) was advanced to the Company on March 24, 2021. Accordingly, the Company will issue 147,380 Shares to EIT at the price of CAD$0.63 per Share being the 10-day volume weighted average stock price on the TSX Venture Exchange (“TSXV“) prior to receipt of the first investment. The issuance of such Shares is not expected to occur until early January 2022. The issuance of such Shares remains subject to the approval of the TSXV. In accordance with Canadian securities laws and policies of the TSXV, Shares issued pursuant to EIT will be subject to a four month and one day statutory hold period.

The Company is also pleased to report that its eligibility timeline for certain investment incentives in the Czech Republic has been extended by two years. As originally announced on March 30, 2020, the Company received approval from the Czech Ministry of Industry and Trade for investment incentives on the Project in the form of corporate income tax credits. The credits are to be applied toward Czech corporate income taxes payable on future earnings generated by the Project. Based on eligible Czech-based assets acquired of approximately CZK 2.4 billion (approx. CAN$136 million), such tax credits would amount to approximately CZK 470.3 million (approx. CAD$27 million) over and above normal tax depreciation on such assets.

Pursuant to amendments to the Czech Investment Incentives Act resulting from the COVID-19 pandemic, the Czech Government offered extensions to previously granted investment incentives, and the Company applied for and received approval to prolong the deadline for fulfilling the general conditions of the investment incentives by two years, to March 25, 2025.

Euro Manganese Inc. is a battery materials company whose principal focus is advancing the development of the Chvaletice Manganese Project, in which it holds a 100% interest. The proposed Project entails re-processing a significant manganese deposit hosted in mine tailings from a decommissioned mine, strategically located in the Czech Republic. The Company’s goal is to become a leading, competitive and environmentally superior primary producer of ultra-high-purity Manganese Products in the heart of Europe, serving both the lithium-ion battery industry, as well as other high-technology applications.

Authorized for release by the CEO of Euro Manganese Inc.

Certain statements in this news release constitute “forward-looking statements” or “forward-looking information” within the meaning of applicable securities laws. Such statements and information involve known and unknown risks, uncertainties and other factors that may cause the actual results, performance or achievements of the Company or the Project to be materially different from any future results, performance or achievements expressed or implied by such forward-looking statements or information. Such statements can be identified by the use of words such as “may”, “would”, “could”, “will”, “intend”, “expect”, “believe”, “plan”, “anticipate”, “estimate”, “scheduled”, “forecast”, “predict” and other similar terminology, or state that certain actions, events or results “may”, “could”, “would”, “might” or “will” be taken, occur or be achieved.

Such forward-looking information or statements relate to future events or future performance about the Company and its business and operations, which include, among other things, statements regarding the anticipated closing date the second tranche of the Offering, receipt of shareholder and exchange approvals for the Offering, the use of proceeds of the Offering and the funds advanced by EIT, receipt of additional funding from EIT and TSXV approval for the issuance of Shares to EIT, statements with respect to the continued development of the Project, the completion and timing of the definitive feasibility study, the timing of the delivery and operation of the Demonstration Plant, and the ability of the Company to generate and apply the investment tax credits toward taxes payable in the Czech Republic.

Readers are cautioned not to place undue reliance on forward-looking information or statements. Forward-looking statements and information involve significant risks and uncertainties, should not be read as guarantees of future performance or results and will not necessarily be accurate indicators of whether or not such results will be achieved. A number of factors could cause actual results to differ materially from the results discussed in the forward-looking statements or information, including, but not limited to, the factors discussed under “Risks Notice” and elsewhere in the Company’s MD&A for the year ended September 30, 2020 and its most recent Annual Information Form.

The forward-looking statements contained in this news release are made as of the date hereof and are expressly qualified in their entirety by this cautionary statement. Subject to applicable securities laws, the Company does not assume any obligation to update or revise the forward-looking statements contained herein to reflect events or circumstances occurring after the date of this news release. 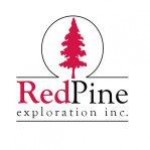 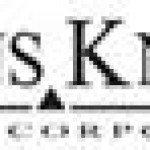