VANCOUVER, British Columbia, Aug. 25, 2020 (GLOBE NEWSWIRE) — Euro Manganese Inc. (TSX-V/ASX: EMN) (“EMN” or the “Company”) is pleased to announce that it has contracted with S3 Consortium Pty Ltd. doing business as StocksDigital (“StocksDigital”) for digital investor relations services in Australia, including assisting in disseminating press releases and increasing investor awareness amongst the retail and institutional investment community in Australia and elsewhere.
StocksDigital provides digital investor relations services for publicly-traded companies, including marketing and media services, and is headquartered in Melbourne, Victoria, Australia. StocksDigital owns and operates a number of investor focused websites including nextinvestors.com, finfeed.com and wise-owl.com. StocksDigital also owns a digital publisher network amplicat.com. The agreement between the Company and StocksDigital is for a period of twelve months commencing August 25, 2020. The Company’s anticipated total cost for the services to be provided by StocksDigital is AUD $130,000, payable over the term of the agreement.  StocksDigital has a direct interest in 3,076,923 common shares of the Company.About Euro Manganese Inc.Euro Manganese Inc. is a Canadian mineral resource company, whose principal focus is advancing the evaluation and development of the Chvaletice Manganese Project, in which it holds a 100% interest.  The proposed Project entails re-processing a significant manganese deposit hosted in historic mine tailings, strategically located in the Czech Republic. EMN’s goal is to become a leading, competitive and environmentally superior primary producer of Ultra-High-Purity Manganese Products in the heart of Europe, serving both the lithium-ion battery industry, as well as producers of specialty steel and aluminum alloys.Authorized for release by the CEO of Euro Manganese Inc.Neither TSX Venture Exchange nor its Regulation Services Provider (as that term is defined in the policies of the TSX Venture Exchange) accepts responsibility for the adequacy or accuracy of this release.E-mail: [email protected]   Website: www.mn25.caCompany address:
1500 – 1040 West Georgia Street, Vancouver, British Columbia, Canada V6E 4H8 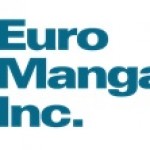 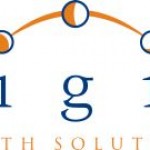