EMN pays final installment in Chvaletice Manganese Project purchase
EMN to present at Benchmark Mineral Intelligence World Tour OnlineVANCOUVER, British Columbia, May 14, 2020 (GLOBE NEWSWIRE) — Euro Manganese Inc. (TSX-V / ASX: EMN) (the “Company” or “EMN“) is pleased to announce that it has issued the final tranche of common shares (“Shares“) in connection with the acquisition of its wholly-owned subsidiary which holds 100% of the rights to the Chvaletice Manganese Project, and that its President and CEO will be presenting online at the Benchmark Mineral Intelligence World Tour conference.Final Tranche of Shares Issued to Acquire Mangan Chvaletice s.r.o.On May 13, 2020, the Company issued 3,333,333 Shares to the founding shareholders of Mangan Chvaletice s.r.o. (“Mangan“) to satisfy its final commitment pursuant to the Mangan Acquisition Agreement dated May 13, 2016 (the “Mangan Acquisition Agreement“).  The Shares were valued at $300,000 based on $0.09 per Share, being the 20-trading day volume weighted average of the Company’s share price immediately prior to the day of issuance.Pursuant to the Mangan Acquisition Agreement, the Company acquired a 100% interest in Mangan which holds the rights to the Chvaletice Manganese Project. The sale and purchase agreement required the issuance of Shares in five equal annual tranches, each valued at $300,000, for a total value of $1,500,000, and the granting of a 1.2% net smelter royalty interest to the original shareholders of Mangan.  In connection with the first four tranches, the Company had previously issued a cumulative 8,655,845 Shares, with a total value of $1,200,000.EMN CEO, Marco Romero, to Present at Benchmark Mineral Intelligence World Tour OnlineThe Company’s President & CEO, Marco Romero, will be presenting at the Benchmark Mineral Intelligence (“Benchmark“) World Tour conference to be held online during the week of May 25th and featuring guests speakers and company profiles with an upstream mining and battery grade chemical focus.  The online platform has been established to provide Benchmark’s client base with informative online seminars whilst travel is curtailed and is offered in two time zone opportunities for both Eastern and Western hemispheres.  Mr. Romero will be presenting online as follows:Benchmark World Tour East: Tuesday, 26 May 2020, 8 AM London time; andBenchmark World Tour West: Wednesday, 27 May 2020, 4 PM London time.About Euro Manganese:Euro Manganese Inc. is a Canadian mineral resource company focused on the development of the Chvaletice Manganese Project in the Czech Republic.  The Project will recycle historic mine tailings that host Europe’s largest manganese deposit and result in an environmental remediation of this site. The European Union is emerging as a major electric vehicle manufacturing hub. EMN’s goal is to become the preferred supplier of sustainably produced ultra-high-purity manganese products for the lithium-ion battery industry and for producers of specialty steel, high-technology chemicals and aluminum alloys.This announcement was authorized for release by the CEO of Euro Manganese Inc.Neither TSX Venture Exchange nor its Regulation Services Provider (as that term is defined in the policies of the TSX Venture Exchange), or the ASX accepts responsibility for the adequacy or accuracy of this release.Company Address:
1500 – 1040 West Georgia Street,
Vancouver, British Columbia, Canada, V6E 4H8
CBJ Newsmakers 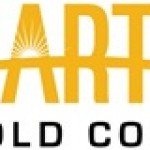 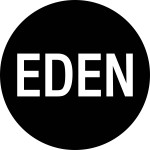