Chvaletice Manganese project receives positive ruling under European Union’s Natura 2000Environmental ruling follows approval of investment incentives from Czech GovernmentVANCOUVER, British Columbia, March 31, 2020 (GLOBE NEWSWIRE) — Euro Manganese Inc. (TSX-V / ASX: EMN) (the “Company“) is pleased to announce that its proposed Chvaletice Manganese Project in the Czech Republic (the “Project”) has received a key positive environmental ruling.The Company received a ruling under the European Union’s Natura 2000 system of reserves and protected areas that determined the Project is not expected to cause adverse impacts on valuable and threatened species habitat.The determination was issued by the Pardubice Region Authority, which is responsible for the management of the Project’s Environmental Impact Assessment and the administration of numerous Czech and European environmental laws, regulation and standards that govern the Project’s permitting and implementation, including those that relate to Natura 2000 and Czech laws that govern the protection of endangered  species and habitats. The Company’s application for a ruling was made under the provisions of the Czech Republic’s Nature and Landscape Protection Act.This ruling follows the approval of investment incentives for the Project by the Czech Republic’s Ministry of Industry and Trade, in the form of tax credits amounting to CZK 470.3 million (approx. CAD$27 million) (see announcement dated March 30, 2020).  Jan Votava, Managing Director of Mangan Chvaletice s.r.o., the Company’s Czech subsidiary said: “The Chvaletice Manganese Project is ideally situated for the development of this strategic waste recycling initiative. The determination under Natura 2000 makes this clear. We are meticulously designing this project to adhere to the highest international environmental and social standards, so that the Czech Republic, local communities and our customers can be assured of best-in-class environmental planning and performance behind our high-purity manganese products.”About Natura 2000:Natura 2000 is a network of protected areas established by all EU Member States under uniform principles. Natura 2000 is an ecological network of core breeding and resting sites for rare and threatened species, and some rare natural habitat types which are protected in their own right. It stretches across all 27 EU countries, both on land and at sea. The aim of the network is to ensure the long-term survival of Europe’s most valuable and threatened species and habitats, listed under both the Birds Directive and the Habitats Directive. The establishment and implementation of Natura 2000 is obligatory under the two most important EU regulations concerning nature protection: Council Directive 2009/147/EC (this is the codified version of Directive 79/409/EEC as amended) on the conservation of wild birds (“Birds Directive”), and Council Directive 92/43/EEC on the conservation of natural habitats and of wild fauna and flora (“Habitats Directive”). The purpose of the network is to guarantee protection of those animal and plant species and habitat types that are the most valuable, threatened, rare or restricted to a certain area in the European context.About Euro Manganese:Euro Manganese Inc. is a Canadian mineral resource company focused on the development of the Chvaletice Manganese Project in the Czech Republic.  The Project will recycle historic mine tailings that host Europe’s largest manganese deposit and result in an environmental remediation of this site. The European Union is emerging as a major electric vehicle manufacturing hub. EMN’s goal is to become the preferred supplier of sustainably-produced ultra-high-purity manganese products for the lithium-ion battery industry and for producers of specialty steel, high-technology chemicals and aluminum alloys.This announcement was authorized for release by the CEO of Euro Manganese Inc.
CBJ Newsmakers 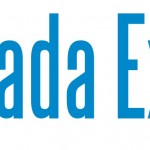 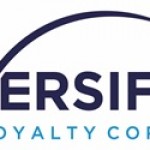