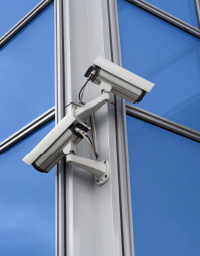 ADT North America Commercial Security is North America’s leading security system integrator and a business unit of Tyco International Ltd. The century-old company provides both security and business optimization services to about 500,000 customers. Headquartered in Boca Raton, Fla., the company’s 2011 revenues came in at $17 billion with more than 10,000 employees throughout North America.

“Commercial enterprises have different, more complex needs from homes and small businesses, and this name change, from ADT North America Commercial Security to Tyco Integrated Security, is representative of our continued focus and commitment to the commercial market,” says Brian McDonald, COO, Tyco Fire & Security. “We’re building on more than 100 years of experience in the commercial security industry, and investing in the future to continue to deliver the most efficient and innovative security solutions to businesses.”

“We are committed to providing leading-edge, customized security solutions and services to our commercial customers in the best ways possible,” notes Jay Hauhn, Chief Technology Officer for Tyco Integrated Security. “As our business evolves, we intend to continue delivering the quality and reliability our customers have come to expect. This is an exciting time for our organization, employees and customers alike.”

Digital card access systems have seen major technological advancements over the past few years and the expansion of capabilities continues to get stronger with each passing day. The requirements for a networked card access system: computer; card access server; and card readers and the communication will be there. If your company has three different locations or businesses, each one of them has its own self-contained system with their own card-access server.

To move over to a cloud application, which is third-party hosting of data, just one thing changes; instead of having a computer, you replace it with a router. Now your card-access server goes out into the cloud. Each location has the same functionality, but they don’t have the computer sitting there. Not only is there a cost savings, but a decreased requirement for maintenance. The cost of a router is much cheaper than a new computer.

“Once you move over to a cloud like this, the application can be a very high-end, feature rich card-access system that companies can take advantage of without investing in a costly system,” says Hauhn.

What’s the next major technological addition for the cloud system in the commercial business security industry?

“Every manufacturer, every integrator and every dealer is trying to figure out how to put video in play,” Hauhn states. “Everybody thinks that’s going to be the next big thing – and it probably will be. My personal opinion is that it’s going to take a little while, and for one reason: bandwidth. Bandwidth is not free.”

Until bandwidth catches up with other technological advancements, it’s hard to envision video being a very efficient add-on to the cloud application system. This is for basic video resolution requirements. If high definition comes into play, then even greater amounts of bandwidth will become necessary. It’s all going to happen one day, but not as quickly as some would hope.

One of the big changes that’s been happening with mobility and communications’ devices is something called near field communication (NFC). NFC is a designated set of standards for devices such as smartphones and tablets to establish radio communication with one another by bringing them close together. Applications include non-contact payment transactions, data sharing, and easier setup of more complex communication applications such as Wi-Fi.

NFC builds upon the base core of radio frequency identity systems by establishing two-way communication between endpoints. Earlier similar-type systems, such as contactless smart cards, were limited to one-way communication. Integration of an access card with a smartphone is a technological godsend for many people, including college and university students. Often people will forget their access card ID at home or in their dorm room – but how many students leave home without their cellphone? – very few; and those who do invariably go back to retrieve it. Forget an access card, people tend not to turn back and get it.
“We just did a pilot at a university in Arizona with 100 students with iPhones where we took away their access cards and put all their access information onto their phones,” Hauhn says. “They could get in and out of their dorms to buy their meals, to get in and out of the library, etc. It was a pilot that worked very, very well.”

Big Data is a term that is going to become much more commonplace in the future. Most companies have what is known as business intelligence systems in the workplace, but some are used more than others. It’s all sitting in what are called transactional databases and that data gets moved into what’s known as a data warehouse. Once inside the warehouse, the BI software runs algorithms to look for specific information based on queries. Finding specifics of what is required is made much simpler with BI systems. Such companies that manufacture these complex BI systems include Microsoft, IBM and SAP (Systems Applications and Products).

Security systems include card-access, intrusion intelligence systems and video systems and are networks of sensors gathering data. Most of the time the data is never scrutinized other than for forensic purposes if and when something bad has happened – you go out and look at it whether it be a network technical glitch or an unauthorized physical intrusion, such as a break-in.

Hauhn says that situational awareness is one of the key factors that businesses must have a firm grasp of, because that will help determine the level of security required to protect crucial and sensitive property.

“Security systems are gathering data about where people were, how many were there, with video analytics you can tell a lot more about what people were doing and if you put all that together, it’s a lot of information about people flow throughout an enterprise,” Hauhn notes.

With the world of constantly changing technology, it’s vital that businesses get on board with the notion that they too must move with the times or get left behind. Hauhn says it’s a concept businesses have embraced.

“The whole Big Data concept is very well accepted in large enterprise businesses and bringing it down into feeding other security data into it is just starting to happen, so we’re taking baby steps right now.”

Hauhn says most all large business clients already have BI systems in place and it’s now a matter of adding on the security element to those systems.
“It’s a logical next step,” he says. “It’s just a matter of getting on the roadmap.”

In terms of proving the value of such high-end security can be challenging at times because budgets for security have most often been put on the bottom of the funding funnel.

Once there is the ability to show bottom-line results have been improved through security system integration based on the returned data, the ROI can be acknowledged as a tangible asset.