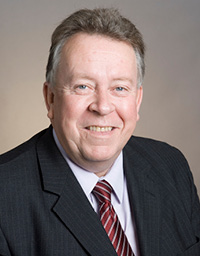 “Northern Ontario is an absolute priority for the provincial government,” says Michael Gravelle, Minister of Northern Development, Mines and Forestry. Gravelle, along with Ontario Premier Dalton McGuinty, Northern Ontario businesses and local government officials and First Nations leaders, have crafted an Economic Growth Plan, a strategic 25-year plan for Northern Ontario that will act as a blueprint for future investments and development.

“What we wanted was a document that was by Northerners for Northerners.”

Northern Ontario makes up about 90 per cent of Ontario—bigger than most provinces. In this rugged and varied land, you’ll find everything from towns and cities to farmland and forest to muskeg and rock.

“I am excited for the opportunities we are seeing in Northern Ontario, reflected best in the increase in dollars being spent on exploration and the opening up of new mines and the potential for extra development in the far north and the Ring of Fire.”

Gravelle says he is encouraged by the level of support he received by Northern business and municipal leaders and First Nation leadership. The Growth Plan will provide a guide for the provincial government’s investment priorities to continue to see growth, to take advantage of diverse economic development opportunities and to ensure Northerners that guide that direction.

“Mining and forestry continue to be two real pillars or Northern Ontario’s economy but I can’t help but be increasingly excited by the diversification of the economy in the region,” says Gravelle. “We are seeing the knowledge-based economy becoming an extraordinary part of the new economy, particularly in the five main large urban centres.”

The Growth Plan recognizes the forestry industry that is adapting and new products through the bio-economy are absolutely part of the re-visitation of the forestry sector.

“Three years ago in our provincial budget we provided $25 million to the Centre for Research and Innovation in bio-economy in Thunder Bay,” says Gravelle.

“The forestry sector is not just about pulp and paper and lumber mills. Indeed, the new industry is emerging.”

Other elements strongly identified in the plan are the importance of transportation and transportation infrastructure to the region. The plan recommendations include a multi-modal approach looking at air, water, rail and road, “a strategy that can meld these interests and take advantage of the best opportunity for transportation infrastructure,” he says. “I am pleased for that to be one of the market initiatives that took place. May I say, through the Northern Ontario Heritage Fund Corporation, of which I have the honour of being the chair, we provided significant support to upgrade broadband Internet access in all parts of the north and we are continuing to expand on that.

“I need to say that we certainly understand how important it is to get the federal government on board as well, to have municipal government and the private sector working with us closely,” he continues. “This has to be partnership between all levels of government and all aspects of the economy for us to move forward. I am confident with the release of the growth plan we will be able to achieve real progress.” 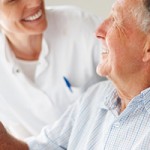 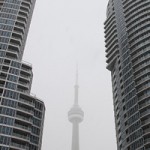