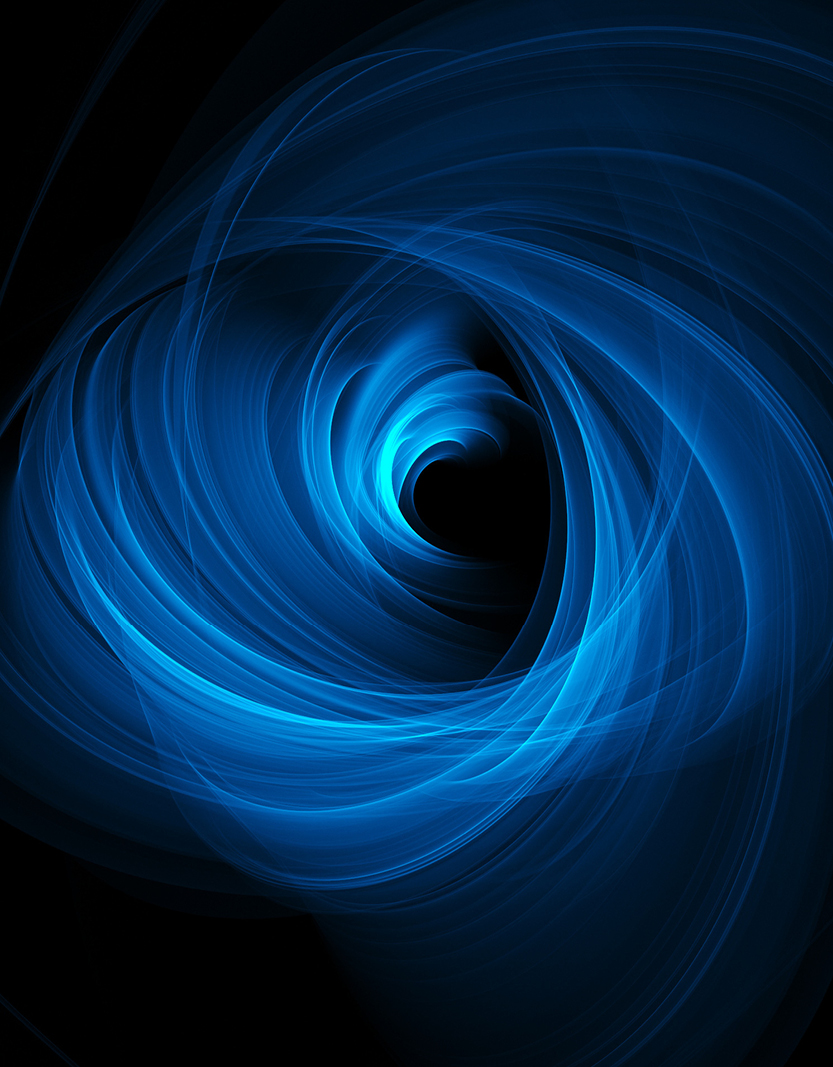 It’s a formidable task to try and envision a business industry that moves faster than technological evolution. The equipment, gadgets and gizmos that amaze us today will be passé by tomorrow – superseded by wonderful new inventions that seem to be developed as rapidly as they can reach the marketplace.

The fact Siemens Canada has managed to not only remain relevant over the past 100 years, but continues to be at the forefront of a number of engineering and electronics initiatives indicates the incredible success it’s enjoyed during its century in Canada. Last year’s sales figures topped $3 billion.

Parent company Siemens got its start 165 years ago in Germany when founder Werner von Siemens invented a machine based on the telegraph, where a needle was used to point to a sequence of letters, instead of using Morse code. Since those early days, Siemens has grown to become one of the largest companies in the world with assets totalling more than $130 billion.

The Canadian Business Journal had the opportunity to conduct an exclusive interview with Siemens Canada President and CEO Robert Hardt about where the company is now, and the expectations he has moving into the future. As it happens, in conjunction with the 100th anniversary here in Canada, a new corporate head office is now ready to house as many as 800 employees in Oakville, ON, most of whom will be making the transfer beginning in January. The 110,000 square-foot facility is LEED-certified as per regulation. There are about 4,500 employees in 61 offices and 13 manufacturing plants across Canada.

“For me it’s been an exciting year,” Hardt tells us. “For the company it’s a milestone – 100 years. We decided to have celebrations for three reasons: one was for our employees, so they could celebrate the success but also get recognition for their contributions to the great success of the company. It’s very important for us to have motivated and engaged people. We also want to be able to attract the very best new talent. Secondly, we celebrate the success with our customers so they see that we don’t just act as customer and supplier – we act as partners. The third is for our stakeholders outside Siemens, who are outside of the normal business environment. We are widespread across the country and we also want to say thank you to the communities.”

Hardt started his career with Siemens as a young engineer back in 1988 working in his native Germany. He transferred his expertise to the Canadian operations in 2007. As head of operations in Canada, Hardt is responsible for the overall strategic management, direction and leadership for all national activities, including its four core business areas: energy; healthcare; industry; and infrastructure and cities. Prior to his appointment as president and CEO in January 2012, Hardt held several senior management positions, most recently as senior vice president of the company’s industry sector since 2009.

“I’m responsible for several businesses in an executive management function,” Hardt reveals. “I now have broad experience of the Canadian market and Canadian customers and I’m more than happy to be here in Canada, it’s a great country.”

Of utmost importance in Hardt’s role as CEO is to ensure the domestic business is running successfully; remaining on projected targets and understanding the wants and needs of the many diversified Siemens clients in order to fully utilize the potential of the Canadian marketplace.

“You also have to look into the future and determine what the strategy in Canada will be for Siemens,” Hardt continues.   “Therefore I’m at a lot of areas where I have touch points with headquarters (in Germany) and with the managing board, including Peter Loscher. We work together on the strategic side. We look on Canada as a country which is a growth engine and will be so globally. We also already have a number of initiatives started in the area of corporate social responsibility.” ”

Hardt says areas such as research and development hold a tremendous amount of untapped business opportunities for the company and new possibilities are constantly being explored.

“We see a lot of potential here in Canada with R&D at universities,” he says. “When we combine our knowledge with, for example, the requirements for the natural resources industry such as oil and gas in mining on the energy infrastructure and how we can make those industries more successful and more sustainable and environmentally friendly in combination with the economical aspects so we get the right balance. That is where Siemens Canada and Canada can provide a lot of support for Siemens globally.”

The objective would then be to transfer those initiatives on product development from Canada into other countries.

In dealing with hi-tech, movement of new technology seems to advance at the speed of light. Does that mean a company such as Siemens must be reactionary, or can engineering and electronics experts actually have a firm grasp of where things are going and stay ahead of the curve?

“Our company was founded on the basis of innovation,” Hardt responds. “The founding brothers always looked towards globalization and that has always been the DNA of Siemens. We look into the future. We did that more than 10 years ago; we looked at the megatrends into the industry and asked ourselves what they were; for example: urbanization, energy demand, urban change and what might the answers be in the next 10, 20 or 30 years from a technology point of view. How can we develop new products and when do we need to do it?”

A quick look at the global portfolio of Siemens reveals more than 60 per cent of products the company brings into the market are younger than five years. It’s either keep up or fall behind.

The internal innovation process at Siemens Canada is dubbed The Picture of the Future with the corporate technology group, which means continuously analyzing recent trends and not just what may happen in the next quarter or the next year, but rather the next five, 10 or 15 years.

“We need to position our company so we have the proper structure and products in a way we can contribute to those developments in a positive way.”

The interior of the eye-catching new head office is still being completed. The migration of employees into the new facility will be done in stages, beginning on Jan. 15, 2013 with a full complement of about 700 expected to be settled in by the end of February. There is room for about an additional 100 people if expansion becomes necessary.

“We need this space to grow with our executive team,” Hardt remarks. “We will also have engineering, research & development, sales and a customer interaction centre where we can bring customers but also community stakeholders to engage them in dialogue to determine what their requirements might be and then transfer that to innovation road maps and R&D plans.”

Power generating wind turbine towers have been a controversial topic for quite some time now, with many residents and lobby groups saying they are responsible for heath-related issues for members of the community living within a certain range. Wind turbines can be a source of significant problems for many birds with a risk of collision with the rotors or cables. Wind companies and developers have claimed that the annual death toll from collisions is relatively low.

Noise Emissions is a common complaint for local citizens due to the large mechanical rotating blades. Small and medium sized wind turbines can produce noise levels up to almost 100 db. Even more disruptive to health than noise is the danger from vibrations, which can lead to an illness referred to as Wind Turbine Syndrome. Some people living near these turbines claim to suffer from a range of symptoms including high blood pressure, sleeplessness and anxiety. When it comes to visuals, some people find them aesthetically pleasing while others believe they are an eyesore. It’s evident Hardt takes the concerns of these citizens very seriously and doesn’t shy away from answering the controversial question about the various possible impacts.

“I think we have to listen to everybody who might be affected by new development in technology,” he candidly replies. “We first have to make sure that we have all the facts on the table. We cannot just say they are wrong or right. They have concerns and they have questions. I personally think we should first inform them of the technology and the impact on personal health. Very often when it comes to health it becomes an emotional topic so it’s about ‘tell me please what’s going on’ and so we work together with the communities and the authorities in order to make sure all information is at hand. Through discussion, people buy in and they start to understand what’s going on and that’s how we do it. It’s not to push people in a direction just to make sure that our projects are on time. I think it’s really important to integrate them in the very early stage of discussion.”

Siemens remains a huge international player in electronics, but is no longer in the business of developing cell phones. Nonetheless, Hardt sees potential future synergistic connections from this sector that the company can use.

“We are not in this business anymore but see it more as a user and how to integrate those devices in our offerings but also in our daily life as a company,” he says. “For example, iPads or smartphones – you see them coming more and more into our daily business lives so we also put in our business applications. It’s important because it also drives productivity. Young people demand it. They want to have different work environments – they want to work from home or wherever they are. We have to make sure they can do that and be productive wherever they would like to be.

Hardt believes we are going to see expanded convergence of the old business software through the consumer-oriented world will drive productivity. Siemens is deeply involved with the transportation and healthcare sector, which may not be as readily known to the general public, but it’s certainly recognized by the administrators at hospitals and clients across Canada.

“We are very well known here in Canada and have a strong market share here on the imaging equipment,” Hardt says. Such equipment would include MRI and ultrasound machines and computer tomography. These hi-tech machines are found in most all advanced hospitals and healthcare centres from coast to coast.

Siemens is also involved in the platform diagnostics arena and is looking to expand its portfolio further into health IT.

“It’s the integration of our products into the processes a hospital to make the services more seamless and to create higher productivity and a better level of care for the patients,” Hardt notes.

Siemens’ transportation-related products include equipment for mass transit rail, locomotives, equipment and systems for rail electrification, central control systems, interlockings, and automated train controls. The company has consistently been at the forefront in developing solutions for our nation’s ever-increasing need for dependable energy. As a single-source supplier of field-proven energy solutions to the power industry, Siemens serves public utilities, independent power producers and business and residential customers.

To sum up everything Siemens does as a company, another executive once explained it to me this way: “If it’s connected to electricity, there’s a good chance we’re involved.”