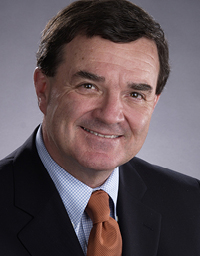 As numerous countries continue their tentative navigation through uncertain economic times in what has been a lengthy financial downswing, Canada has most often shown a great deal of resiliency, although we too have obviously not come through it unscathed as the ongoing crisis abounds. Just ask anyone who’s lost a job, or can’t find one.

Canadian resiliency has been aided by cheaper imports of capital goods and increased commodity prices. The national unemployment rate, which came in at 7.6 per cent in January, has declined from peak levels in 2009, but still remains higher than it was prior to the global collapse which began to take hold almost five years ago. Just prior to the downturn first hitting Canada, most noticeably in the latter part of 2008, employment levels had been at an all-time high and unemployment rates were near all-time lows. The continued strength of the Canadian dollar against the American greenback and robust competition from emerging markets has also weakened the exporting sector.

The man charged with leading the Canadian populace down the road to national economic prosperity is federal Finance Minister Jim Flaherty. From the government’s standpoint, it is he more than anyone who must spearhead the continuation and implementation of sound fiscal policies in order to keep the country’s head above water, while at the same time retaining confidence at the international level.

The question on the minds of many Canadians centres on what will be in store for the duration of 2012 and beyond? Can our nation continue to post economic growth even as other countries flounder? Is the protective shield set up through government initiatives strong enough to withstand the perpetual onslaught of global turmoil?

“I think that we are on the right track,” Flaherty reaffirmed, during a recent exclusive interview with The Canadian Business Journal. “In the economic action plan which we introduced in January 2009, we built-in very substantial spending, requiring significant deficits in order to protect jobs and protect the Canadian economy from the shocks we were experiencing outside Canada. We went ahead with that program—it worked.”

For its part, the International Monetary Fund credits decisive policy making, a secure financial system and high commodity prices as the main factors as to why our nation has respectfully endured a horrendous international crisis, which continues to this day. But as part of a decent rebound since the second half of 2010, our gross domestic product has spouted back to levels not seen since prior to the worldwide collapse, which began to take hold by the middle of 2007 and continued a rapid downward spiral for much of 2008.

“The commodities sector overall is very important in Canada not only with the resources sector but also the agricultural sector,” Flaherty notes. “There’s a tremendous demand from the emerging economies in the world for Canadian commodities—and that’s a benefit for us. The rate of growth for some emerging countries such as China will not be as great as it has in the past, but still substantial.”

With imports outpacing exports, business investment is expected to be the main driving force in accomplishing sustained market growth. Externally, the ongoing economic strife that is gripping a large part of Europe is still a catalyst for concern, where much of the Eurozone banking system remains under fire. The debt crisis in Greece has become so dire the ancient Mediterranean country has indicated it will be forced to abandon the Euro unless it’s given another bailout package in the vicinity of $170 billion from the other European Union members. As of our publication date, a deal was said to be getting closer, but not yet finalized.

By far Canada’s largest export market is the United States, but the transportation of goods to and from America has been slowed considerably since the increased security measures following the tragic events of Sept. 11, 2001. Many companies say they have been negatively affected by the arduous process now in place and that better procedures need to be implemented to allow for easier transfer of goods and services between our two countries.

“We’ve certainly looked at that carefully and we’re prepared to commit the funds we need in order to fulfill the agreement reached between the Prime Minister and President Obama in late 2011 and that will be spent by various departments, some of it directly on border infrastructure in order to improve access both ways,” Flaherty confirms.

According to a recent survey released by the Economic Club of Canada, an increasing number of Canadians are apprehensive about the future. The December poll found only 25 per cent of respondents saying they felt good about the economic prospects for 2012. That’s down sharply from 36 per cent a year earlier and 54 per cent in the 2009 poll, conducted by Pollara. About 1.5 million Canadians are actively seeking employment.

Following two months of declines, national employment rose slightly in December and January, with the unemployment rate edging up to 7.6 per cent as a result of more people looking for work. Over the 12 months of 2011, employment growth totalled 1.2 per cent, or 199,000 jobs.

“Our job numbers have been relatively good in Canada and certainly compared to the United States, but part of the plan was always to return to balanced budgets in the medium term and that’s what we’re doing,” Flaherty states. “We’re not doing that simply for the sake of returning to balanced budgets, but because it puts Canada in a position to be able to resist shocks from outside the country and to ensure we have funds available to spend on those programs that are important for Canadians in the medium and long term by reducing interest payments on the national debt.”

Further to that, the federal government has been consistent in its assertion it will focus on eliminating the $32 billion deficit within five years. The plan is to slowly reduce and then remove fiscal stimulus and return to fiscal balance over the medium term. In order for this to succeed, the Canadian government expects the provinces to follow through on fiscal consolidation.

The World Bank is projecting international economic growth of 2.5 per cent this year and 3.1 per cent in 2013. Meanwhile the Bank of Canada has kept its key overnight lending rate at an even one per cent in a continued effort to stimulate spending. Canada’s corporate and financial sectors continue to display strength amid the turbulence on international financial markets. Another positive is that the IMF’s executive directors have concluded Canada’s near and medium term outlook remains favourable, most notably endorsing the Bank of Canada’s monetary policy and its ability to act swiftly when called upon. Flaherty is in agreement with that assessment based largely on his communication with economists.

“We meet regularly with the private sector economists in Canada and I also have frequent discussions with my colleagues from around the world,” Flaherty tells us. “Yes, those numbers are broadly in line with what expectations are; there’s certainly weakness in Europe and it’s probably in a recession now and it may be longer and deeper than was anticipated several months ago. The United States is showing some modest positive signs of moderate growth and Canada is looking to have growth of two per cent or a little bit better than that this year and next year.”

One trait envied by many other nations is Canada’s ability to remain relevant in its diversification, which helps provide greater overall stability, but of course how those larger industries perform is most often a direct indicator as to our economic situation as a whole. It’s imperative the sectors which drive our economy remain on a solid footing.

“We have growth in the auto sector in Canada, which is quite important for Ontario; hundreds of thousands of jobs depend on the auto sector and it showed resilience in 2011 and we expect more growth in 2012,” Flaherty says. “It’s not of course just the auto assemblers, it’s all the parts companies and service providers that rely on the auto sector. We also have a very strong financial sector in Canada in the Greater Toronto Area but also growing in Calgary, Vancouver and some strength in Montreal as well, representing hundreds of thousands of well-paying jobs.”

Flaherty also notes how the setup of the federal tax is another key factor in promoting job creation right across the nation. The federal Department of Finance has released a thorough study on the nature of the federal income tax system, and the basic conclusion is that it is indeed progressive. In total, 24 million Canadians filed income taxes in 2008, the most recent year for which data is available. Of that total, 14 million Canadians paid tax; another 7 million got money back while 3 million didn’t have to pay nor did they receive a refund.

“We have a very progressive tax system in Canada with respect to personal income tax,” Flaherty notes. “A large number of Canadians pay little or no federal tax and we’ve increased the number of Canadians who pay no federal tax because they’re relatively low-income earners during the time that we’ve been the government for some six years now. I’d like to see more progress with the personal income tax system but that will have to happen over time. We’ve had substantial progress on the corporate tax side in Canada which is really fundamental for investment and job creation.”

Another hot-button topic on a national scale is the back-and-forth between the federal government and the provinces/territories regarding healthcare. During an interview with CBC News, Prime Minister Stephen Harper made it abundantly clear where he stands on the issue.

“I’m not looking to spend more money,” Harper declared. “What I think we all want to see now from the premiers who have the primary responsibility here, is what their plan and their vision really is to innovate and to reform and to make sure the healthcare system’s going to be there for all of us.”

As Finance Minister, it is Flaherty who fields most of the questions and concerns coming from the provinces.

“I come at this from a unique position,” he states. “I’m one of the few people in Canadian history who has been a provincial minister of finance and a federal minister of finance, and I’m the only one ever from Ontario. I realize fully the obligations that provincial governments have with respect to healthcare. It’s the No. 1 challenge not only for health ministers provincially but for finance ministers provincially, but they have to deal with it. It is a provincial responsibility to deliver healthcare services in Canada. Federally we have the Canada Health Act which sets out the basic principles that apply across the country with respect to public administration and portability of healthcare.”

The federal government contributes about 20 per cent of healthcare spending while the provinces take the other 80 per cent. “It really is up to the provinces to innovate and plan ahead so that affordable healthcare services will be available for their populations in the immediate and long term,” Flaherty continues. “Our view is that we need to provide the provinces and territories with generous, clear, confirmed rated increases, so that’s what we’re doing; six per cent over the next five years, which is a long planning horizon for the provinces–guaranteed six per cent. After that, nominal GDP, which today would be four per cent or a little bit more, but not less than three per cent even if we have a rocky economic time; three per cent is guaranteed all the way to 2024. The provinces themselves, on average, plan to increase healthcare spending by 3.1 per cent which just shows the relative generosity of the federal framework.”