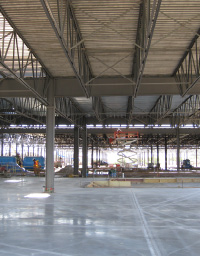 Every week day at 7:15 a.m., Karen Bailey is greeted by her bus driver when the Oakville Transit bus arrives at the stop at the corner of Ford Drive and Lakeshore in Oakville, Ontario. Bailey represents one of the 2.65 million riders who use Oakville Transit to get to school, work, shops and home between Lakeshore and Dundas, and Winston Churchill Blvd to the east to Burloak in the west.

The end of summer is a busy time for Oakville Transit. Not only is it the peak time for ridership, but is also the time to prepare for the upcoming budgets, this year for 2011, 2012 and 2013, which are scheduled to be approved in January after the municipal election.

“The Town of Oakville is two-thirds built relative to its geographic region,” says Cole. “You can imagine if the town is going to grow by 50 percent, according to some estimates, we have to expand the transit system.”

Cole recognizes public transit as critical to fulfilling any plans that have been set for growth. “Public transit is fundamental to every level of government,  from Ontario’s Places to Grow and Regional Transit Master Plan, to the municipal plans. Everything includes goals and objective reliant on public transit achieving its modal share.”

To accommodate the town’s expansion, Oakville Transit recently implemented a new service design that included a new minor grid network and a $1.5-million increase in services in 2009, which saw a five per cent increase in ridership in the first three quarters of 2010.

Next on Cole’s agenda is an expansion plan in anticipation of increased ridership. Development is in high gear in north Oakville, with infrastructure and homes being built for upwards of 50,000 new residents in the next few years.

Cole’s plan, a visionary approach designed in conjunction with the town planners, is a transit-first development approach—encouraging transit use from the onset instead of converting travelers later on. “The whole development is based on an expectation of increased transit use. All of that causes us to have to prepare,” says Cole.

Preparation and foresight are Cole’s best attributes. When Cole took the Director position, one of the first things he did was present council with a seven-step plan for improving Oakville Transit. The first priority, says Cole, was a new facility. “We identified the need for a new facility as the most pressing. The existing facility is approximately 35 years old and has outlived its usefulness.”

That is no exaggeration. The current facility is situated on 2.5 acres of land and has storage capacity for 42 buses—considerably shy of Oakville Transit’s 100-vehicle fleet. Where there should be one hoist for every ten buses (to do repairs) there is only four. In other words, “our ability to maintain our fleet in a timely manner is seriously compromised,” says Cole. “We don’t have enough places to work on the buses. We don’t have places to store the buses so we store them outdoors, which compromises our ability to meet our service level commitments during the winter months.”

These problems will soon be in the past. Construction on a new, $61-million state-of-the-art facility is underway just down the street from the existing premises on Wyecroft Road. After extensive lobbying, a consolidated search for available land, Cole and his team found themselves in the perfect position to receive funding from the newly announced infrastructure stimulus funding program. The program was especially interested in Oakville Transit’s timeline of a March 2011 completion date, and injected two-thirds of the facility cost.

For the Town of Oakville, this will result in a 260,000 square foot home for transit operations and parking control operations. “It’s quite an impressive facility,” says Cole. “This new transit facility will probably be the best of its kind in Canada. It’s going to have a million dollar bus simulator for training purposes, GPS tracking of all buses…it has everything.”

Together with PCL Construction and IBI Group, the final phase of the project will house 225 buses which will be ready to serve the growing needs of the town. Oakville Transit is helping the beautiful town of Oakville grow and prosper. On the heels of completing a new bus terminal at Sheridan College and another at Dundas and Trafalgar, Oakville Transit is prepared to meet the needs of every Karen Bailey out there. 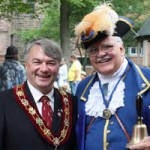 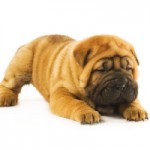