CBJ — Facebook has been hit with the maximum fine of 500,000 British pounds (about US$644,000) for a massive data breach that allowed Cambridge Analytica access to users’ personal information.

The Information Commissioner Office found that between 2007 and 2014, Facebook processed the personal information of users unfairly by giving app developers access to their information without informed consent. The failings meant the data of some 87 million people was used without their knowledge.

All in all, Facebook got off lightly compared with the fines now in place. Had the scandal occurred in 2018, after new EU data protection rules went into effect, the maximum fine could have been 17 million pounds or 4% of global turnover, whichever is higher. 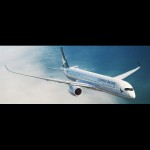