CBJ — Facebook has made a corporate decision to no longer allow pre-installation of its apps on Huawei phones. The move is considered a major blow for the Chinese tech giant as it struggles to keep its business afloat in the face of a U.S. ban on its purchase of American parts and software.The U.S. government says there are legitimate concerns that Huawei may reveal secret information through its tech centre to the Chinese State government.

Alphabet Inc’s Google said earlier that it would no longer provide Android software for Huawei phones after a 90-day reprieve granted by the U.S. government expires in August. 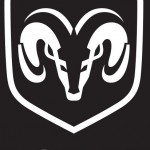