CBJ — It appears as if Fiat Chrysler Automobiles and Unifor, the union representing its hourly workers, have reached a tentative agreement on a new contract.

The deal remains tentative at this point because while it’s been approved by union leadership, the agreement must still be voted on by the 9,000 workers.

Negotiations seemed to move much quicker once Unifor and Ford reached an agreement last month. The deal at Ford includes a $500 million commitment from the Canadian and Ontario governments as Ford transitions to manufacture electric vehicles at its Oakville, Ontario plant by 2023 in what will be a $2 billion commitment by the automaker. It also means work on manufacturing engines for the electric cars at the Windsor, Ontario plant. 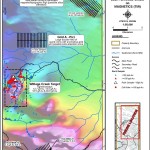