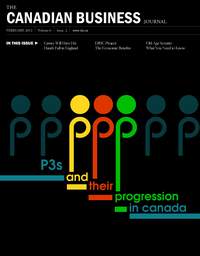 As the final stage of this issue was being completed, I began reflecting on how the next two months will be so incredibly vital for the former Research In Motion, now known as BlackBerry. The new Black- Berry 10, and its level of acceptance by the international community, will directly determine the company’s future course. Will it remain independent or be taken over and possibly split off into various units?

BlackBerry began as a major Canadian success story, plagued in recent years by a dollop of misfortune and excessive mismanagement. It has one last kick at the can in a frantic effort to get on track. In as much as former leaders Mike Lazaridis and Jim Balsillie can be blamed for its dramatic decline, if this turnaround is a success, they should be applauded for having the intestinal fortitude to step aside in what was a huge leap of faith, having to watch others try and rescue their technology enterprise.

Continuing on the tech theme, if ever the phrase “what have you done for me lately” was apropos, it would be perfectly suited for Apple Inc. based on the jittery stock markets. Despite forecasting a strong product portfolio will continue to drive revenue growth into double digits on an annual basis, Apple’s stock value lost more than 10 per cent, or $54, in one day of trading. Why? Perhaps tagging some investors as panicky dimwits is a tad bullish, but some need to get a grip. JPMorgan analyst Mark Moskowitz opines the stock’s sharp decline is driven by a widening chasm between Apple’s fundamentals and investor expectations. Welcome to the world of big business and publicly-owned companies.

Bank of Canada Governor Mark Carney didn’t issue a warning that rates would be increasing when he recently announced the overnight rate would remain at 1 per cent. There’s absolutely no indication hikes are coming any time soon so it appears even Carney himself got tired of repeatedly parroting it. The rate has gone unchanged since September 2010. The Canadian economy is plodding along, like many other countries, and until a much greater degree of traction is created, rates aren’t going anywhere, and certainly not up. It says here Carney is going to have his work cut out for him when he takes the same role with the underperforming Bank of England. Due to a number of factors, many of which are admittedly out of his control, I am not anticipating the same degree of success, but we’ll see where things stand 18 months from now.

Open lett er to Japan’s finance minister Taro Aso who says the elderly in his country should “hurry up and die” to save the government on increasing medical costs. Here’s a question for Mr. Aso. At what age do people become elderly? – keeping in mind that he is 72. After extricating foot-from-mouth, the minister apologized for the insensitive remarks saying the comments referred only to his own wishes. Was he sincere? Only he knows for sure. But the former Japanese PM once stated he hoped to make Japan the kind of country where “the richest Jews would want to live,” and compared the main opposition political party to the Nazis.

Politics closer to home: in Ontario it was goodbye McGuinty, hello Wynne. Politicians are a lot like diapers. Both need to be changed often – and for the same reason. 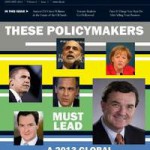 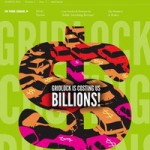