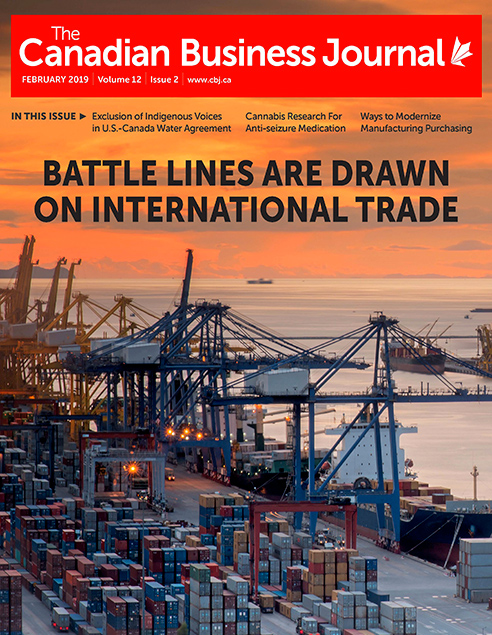 Scalper bot software used by Ticketmaster does not violate Canada’s anti-competitive business laws according to the Competition Bureau. I’m quite certain the average person wanting to attend sports or other forms of entertainment events would beg to disagree. Scalper bots are software designed to buy large amount of tickets as they become available for sporting and entertainment events and in the process shut out people who want to acquire tickets. The Bureau says the conduct does not contravene the Competition Act. Maybe it’s time portions of that Act get an overhaul.

Infrastructure appears to be at the root of why Canada is likely to lose out on an opportunity to supply the U.S. with more oil. Specifically, it’s a lack of pipeline infrastructure. The U.S. will be looking for secondary supply to its own production following sanctions against Venezuela’s national oil company. With Canada seemingly out of the picture it means Mexico and Iraq are instead most likely to benefit in the race to replace Venezuela heavy crude imported for processing at refineries on the U.S. Gulf Coast.

BlackBerry certainly doesn’t garner the same level of media attention it once did, but the Waterloo tech giant is in the news again with the announcement of a new president. Bryan Palma was most recently Cisco’s senior vice-president and general manager of customer experience for the Americas and prior to that he was the vice-president of cyber and security solutions at Boeing. Palma will work closely with CEO John Chen in developing the company’s products and services.

Facebook founder and Chief Executive Officer Mark Zuckerberg is planning to unify the underlying messaging infrastructure of its WhatsApp, Instagram and Facebook Messenger services and incorporate end-to-end encryption to these apps. The integration of services should be complete about one year from now. The three services will continue as standalone apps. So, if you feel you aren’t already spending too much time messing around with smartphone apps, this will be just the thing you need.

Did you know?… There are now more than 2 billion users on Facebook, 1.5 billion on WhatsApp and about 1 billion on Instagram.