VANCOUVER, British Columbia, Aug. 05, 2021 (GLOBE NEWSWIRE) — Deans Knight Income Corporation (the “Company”) announces that the Federal Court of Appeal has overturned the decision of the Tax Court of Canada dated April 5, 2019, and confirmed the Canada Revenue Agency’s reassessments. The result is that the deduction of the Company’s tax attributes in its 2009 to 2012 taxation years have been denied on the basis of the General Anti-Avoidance Rule in the Income Tax Act (Canada).

The Company’s consequential tax liability for the 2009 to 2012 taxation years is approximately $22.7 million, including arrears interest and penalties. In order to limit additional interest and penalties from accruing during the litigation process, the Company prepaid all amounts owing under the reassessments to the CRA in 2014.

The Company now has 60 days to seek leave to appeal the decision to the Supreme Court of Canada and is considering this option with its legal advisors. Accordingly no financial statement adjustments have been made at this time as we assess the impact of the decision on Net Asset Value. The Company intends to issue a further press release following its determination as to whether it will proceed with an appeal. 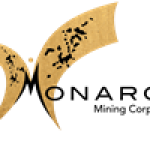 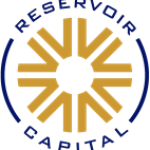