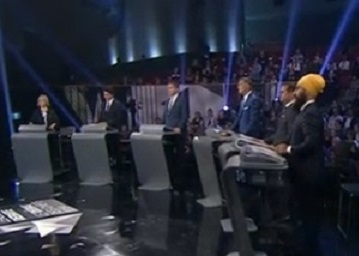 The two-hour debate was held in Gatineau, Quebec and featured five different moderators from various media outlets, which frankly seemed like overkill.

Heading into the debate the Liberals and Conservatives were in a virtual tie based on most all credible polling services, with the NDP in third, followed by the Green party.

Conservative Leader Andrew Scheer came out aggressively in the opening moments and pulled no punches, calling Trudeau a “fraud” who does not deserve to be prime minister.

“Mr Trudeau you are a phony and you are a fraud, and you do not deserve to govern this country,” Scheer said. Scheer also once again asked Trudeau how many times he’d worn blackface in public.

NDP Leader Jagmeet Singh said the temperament for leadership required a leader to look for things that unite Canadians, rather than divide them.

Trudeau said the temperament for being a good leader meant looking for things that unite Canadians rather than taking every opportunity to find things that will set one Canadian against another.  While it was obvious Trudeau had Scheer primarily on his mind, Singh did not escape criticism from Trudeau either. Trudeau attacked Singh with respect to Bill 21 and said that while he recognized the NDP leader had spoken eloquently on his experience with discrimination, he was disappointed Singh did not follow Trudeau’s lead and say he would leave the door open to a federal court challenge of the law.

Green Party Leader Elizabeth May said leadership is about service and that anyone wanting to be prime minister has to view running the country as a service for Canadians.

Bernier and Blanchet seemed to spend a good deal of time talking loudly over the other candidates, although every candidate did it to a certain degree, which made it exceedingly difficult to hear anybody’s answers with several people on stage yelling at the same time. Bernier took offense to those saying he is against immigration. He countered by saying he is for immigration — but a capped amount. He says allowing too many people in all at once is a financial burden the country cannot withstand. As for Blanchet he was quite transparent and obvious that his one and only main-level concern is Quebec.

Scheer turned to Trudeau and said that in light of the Liberal leader’s violation of ethics laws, specifically with reference to the SNC-Lavalin affair, when did he decide that the rules did not apply to him? He specifically accused Trudeau of pressuring former Attorney General and Justice Minister Jody Wilson-Raybould into putting aside any possible criminal prosecution of SNC. Wilson-Raybould and former President of the Treasury Board Jane Philpott were both kicked out of the Liberal Party for their dissenting views on the matter.

Trudeau said he stood up for Canadian jobs and accused Scheer of being someone who would not have defended Quebec jobs.

While there were six people on stage — all of whom accounted relatively well for themselves — it came as no surprise the main combatants were Trudeau and Scheer who focused a good deal of time attacking each other’s policies and plans.

Trudeau said he inherited climate targets from the former Conservative government led by Stephen Harper, but targets are not a plan and he has implemented a plan that is making a difference. Scheer, not surprisingly, begged to differ saying the Liberal deficit just keeps getting larger with each passing day.

May attacked Trudeau with the line that he “bought a pipeline” and so was not really fighting climate change, to which Trudeau replied that “a slogan is not a plan.”

The federal government acquired the Trans Mountain Pipeline from Kinder Morgan for $4.5 billion in May, but says it does not intend to remain the permanent majority owner.

Scheer used the opportunity to attack Trudeau for using two campaign planes and excusing that choice by purchasing carbon offsets. Trudeau replied that Scheer did not buy carbon offsets because he does not believe in climate change. Scheer says all Trudeau’s plan does is let large polluters continue to pollute but manage to do it with a less guilty conscience — but the pollution remains.

Singh said that giving money to large corporations for investments meant that the government did not have enough left over to invest in dental care and health care, which is of far more importance to lower-income people. Perhaps Singh’s best line of the night was when he called Trudeau and Scheer “Mr. Delay and Mr. Deny”, respectively, on the issue of climate change policies.

It’s unlikely any of the leaders swayed decided voters, but there remains a good number of Canadians who still say their vote is up for grabs.  We’ll know within two weeks where those votes will go and what party will lead Canada heading into 2020.

The biggest criticisms of the debate didn’t actually focus on the performances of the candidates themselves but more on the format of the debate, with the belief being there were too many questions — and too many moderators — five in total — making for an unnecessarily complicated setup. Each candidate was given a very limited amount of time to respond to questions, which left viewers frustrated at hearing only truncated answers. 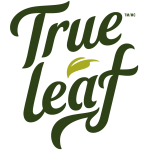