CBJ — The federal government has finalized a healthcare funding agreement with the Northwest Territories, Nunavut and Yukon.

The three territorial governments have agreed to new targeted federal funding over 10 years for investments in home care and mental healthcare.

The Canadian government will provide the territories with a total of $36.1 million in new financial support for health care. It says the targeted investments in home care and mental health care are in addition to the existing legislated commitments through the Canada Health Transfer.

Under the agreement, $7.4 million will go to the Northwest Territories, $6.1 million to Nunavut and $6.2 million to Yukon to support better home care, including addressing critical home care infrastructure requirements.

The territories join New Brunswick, Newfoundland and Labrador and Nova Scotia in reaching healthcare funding agreement with the federal government. 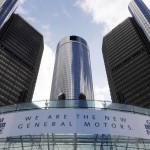