CBJ — The much-talked about merger between Fiat Chrysler and Renault is now off the table, with the former pulling out of negotiations.  However, there may be room to reopen discussions at a later date.

The merger plan had been viewed positively across the industry since being announced.  However, talks collapsed suddenly and with a thud overnight after the French government, Renault’s top stakeholder, asked for five more days to obtain support from Nissan, the long-time Japanese alliance partner. That obviously did not sit well with Fiat Chrysler, which then cited “political conditions in France” for the withdrawal.

If/when the merger goes through it would create the third-largest automaker in the world. 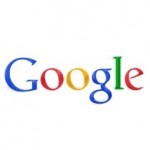