Most people would consider themselves blessed to have been successful in one career in their lifetime but Henry Waszczuk will have two legacy careers to his name – his time as a sports fishing media mogul and prior to that a former all-star football player with the CFL’s Hamilton Tiger-Cats.

Following his retirement from the CFL in 1984 Waszczuk immediately began to pursue his other passion on a full-time basis – fishing. From the very beginning it was obvious he had the Midas touch and began to enjoy success almost immediately, as he began developing numerous media properties that first focused on fishing, but then branched out to include golf, travel and the general outdoor style of living.

Waszczuk’s incredibly successful business is called Fins Media Group. If there is one individual who could be credited with elevating sport fishing not only in Canada, but around the world, this is the man. Waszczuk has traveled and fished in dozens of countries, and he has produced and hosted more than 2,000 television episodes in both freshwater and saltwater destinations.

Fins Media Group creates and owns media properties with vast viewership and following, producing award-winning content that provides advertisers with exposure to influential buyers and customers, reaching an audience like only few can. Waszczuk’s television shows can be seen on many networks worldwide, but most notably on TSN here in Canada and Fox Sports in the U.S. Fins Media Group is all all-inclusive media network that includes TV, web, print and special events and has made Henry Waszczuk a household name not only in Canada but around the world.

The Canadian Business Journal recently managed to catch up with Waszczuk who had just returned home after a very hectic schedule on the road. He had been in Sault Ste. Marie filming with Olympic curling champion Brad Jacobs followed by a trip even farther north to Yellowknife where he fished for a week at Great Slave Lake.

After 20 years of living in Burlington, Ontario Waszczuk moved to to the small town of Campbellville, which is part of Milton, Ontario. It’s a beautiful four-acre plot of land that he moved into just over a year ago.

“I tried to downscale but that didn’t work,” laughs Waszczuk.

Canada’s No.1 fishing celebrity still produces his two signature television shows – ‘Fishing The Flats’ and ‘Fins and Skins’, the latter of which is a celebrity-oriented show where Waszczuk brings on a well-known personality for a fun competitive day of fishing and golfing.

Fins & Skins Classic Adventures was the first program under Fins Media Group. The program merges two great outdoor pastimes: fishing and golf in world class destinations. The show takes big name sports celebrities and entertainers out on fishing/golf trips around the world, removing them from their daily routines and presenting them in a fun, engaging environment.

“We had some great shows this season. I just finished shooting an episode with Mark Messier in South Carolina. He has a home on an island down there. He’s a super, salt of earth guy. He texted me and said he caught seven Marlin during his trip to the Bahamas,” reveals Waszczuk. “I also did a show with retired NFL star Donovan Darius and former baseball star Wade Boggs in Florida. The fourth episode was with Canadian Olympic curling champ Brad Jacobs.”

Since CBJ last spoke with Waszczuk in 2013 he introduced another television show, primarily because he was doing a lot of offshore fishing and because of that he felt it was a bit disingenuous to call it ‘Fishing The Flats’ when he was out in 200-feet of water.

“I did a deal with the International Game Fish Association (IGFA), for world record fish and all new episodes. Basically if you were going to catch the biggest Gruber or the biggest Wahoo or Mahi-Mahi where would you go in the world to catch these fish, so that’s where I came up with ‘Fishin’ Hot Spots’,” he says.

‘Fishin’ Hot Spots’ is airing now in a vastly increased network television range for Waszczuk. In fact, he has the potential to reach 100 million households based on the reach of all the various networks his shows appear on.

Waszczuk is able to travel quite lightly in terms of a supporting crew thanks to so many advancements in technology. Equipped with GoPro and cameras that shoot 360 degrees means one cameraman and an audio person are all he needs. During the show with Donovan Darius, the former football star was recording the episode on his iPhone as Waszczuk’s crew was filming the episode. It turned out that Darius had some excellent cutaway footage on his phone and it was ultimately included in the final, edited copy.

Waszczuk just finished the Fins & Skins magazine and it went to press late last month. All his television shows for this season are completed so he has a bit of time to himself before focusing again on the 2018 season. While it may seem far in advance, he’ll soon begin working on it because such a large timeline is needed in order for him to set up locations for filming and to ensure that the celebrities he wants on his program will be available.

One thing that Waszczuk would love to see is a greater level of engagement by young people not only in fishing, but outdoor activities in general. Smartphones and tablets are used as tools to engage social media but it makes participation in the outdoors that much more of a hard sell.

“I don’t think there is enough emphasis from adults to take their kids fishing. The first thing I did when I moved onto my property was dig a one-quarter acre pond,” reflects Waszczuk. “I did it so our grandkids could catch fish. I want them to enjoy the outdoors and not always be using an iPad or something similar to that.”

When he’s not busy filming one of television shows from virtually anywhere in the world, Waszczuk has many corporate charters and fishing trips for major companies on his packed schedule. Despite such an intense workload, Waszczuk also graciously and generously finds time to donate towards a number of charities and remains active with the Hamilton Tiger-Cats Alumni Association.

“I still have another big charity event to come this summer. It’s the annual Steve Ludzik dinner in support of finding a cure for Parkinson’s disease. Last year we raised about $5,000 for a chance to fish with me,” he says.

Ludzik, a former NHL player with the Chicago Blackhawks who lives in Niagara Falls, has been afflicted by Parkinson’s for many years, but he only disclosed his illness to the public a few years ago. Since then he has been shown an outpouring support from many current and former athletes such as Waszczuk. This year’s gala event takes place in Niagara Falls on August 19 at the Scotiabank Convention Centre with former NHL star Dino Ciccarelli having been selected as this year’s guest of honour at Ludzy’s Celebrity Roast.

“I’ll probably keep the shows in syndication and just keep ‘Fins & Skins’ going. This is my 33rd year on TV. It’s been a great run but I’d like to slow down. The grandkids are growing fast,” he says.

When you’ve traveled the world and been to numerous great fishing destinations it would be impossible to just pick out a few, but Waszczuk does have some fond memories of a recent trip with his long-time cameraman Simon Hutchings. The pair went to Trout Rock Lodge in the Northwest Territories. For years Hutchings has been the man behind the camera watching Waszczuk having fun fishing. But this time he got to participate in the fun – without the hustle and bustle of the cameras rolling.

Ironically, you can’t catch trout there. I told them they should change the name to Pike Rock Lodge,” laughs Waszczuk. “We were catching 100 northern pike each day and there was no fish less than two feet long. The largest was about 4-feet long, which is a 30-pound fish.”

Closer to home Waszczuk still counts Lake Erie amongst his favourite fishing destinations, with an excellent supply of walleye, jumbo perch and both small and large-mouth bass. He also mentions the Trent River system, Lake Simcoe and Georgian Bay as other top-quality fishing spots.

In the not-too-distant future Waszczuk envisions just hosting ‘Fins & Skins’ but not competing. Instead he would pick NHL or CFL players from different teams and pit them against one another for a fun day of fishing and golfing.

One thing is certain, as Waszczuk looks to slow things down in his professional life, he’s looking forward to spending more quality time at home. “I’ve traveled the world with my wife so I don’t need to do a lot more of that.” 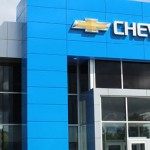 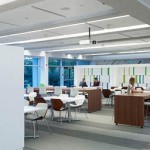