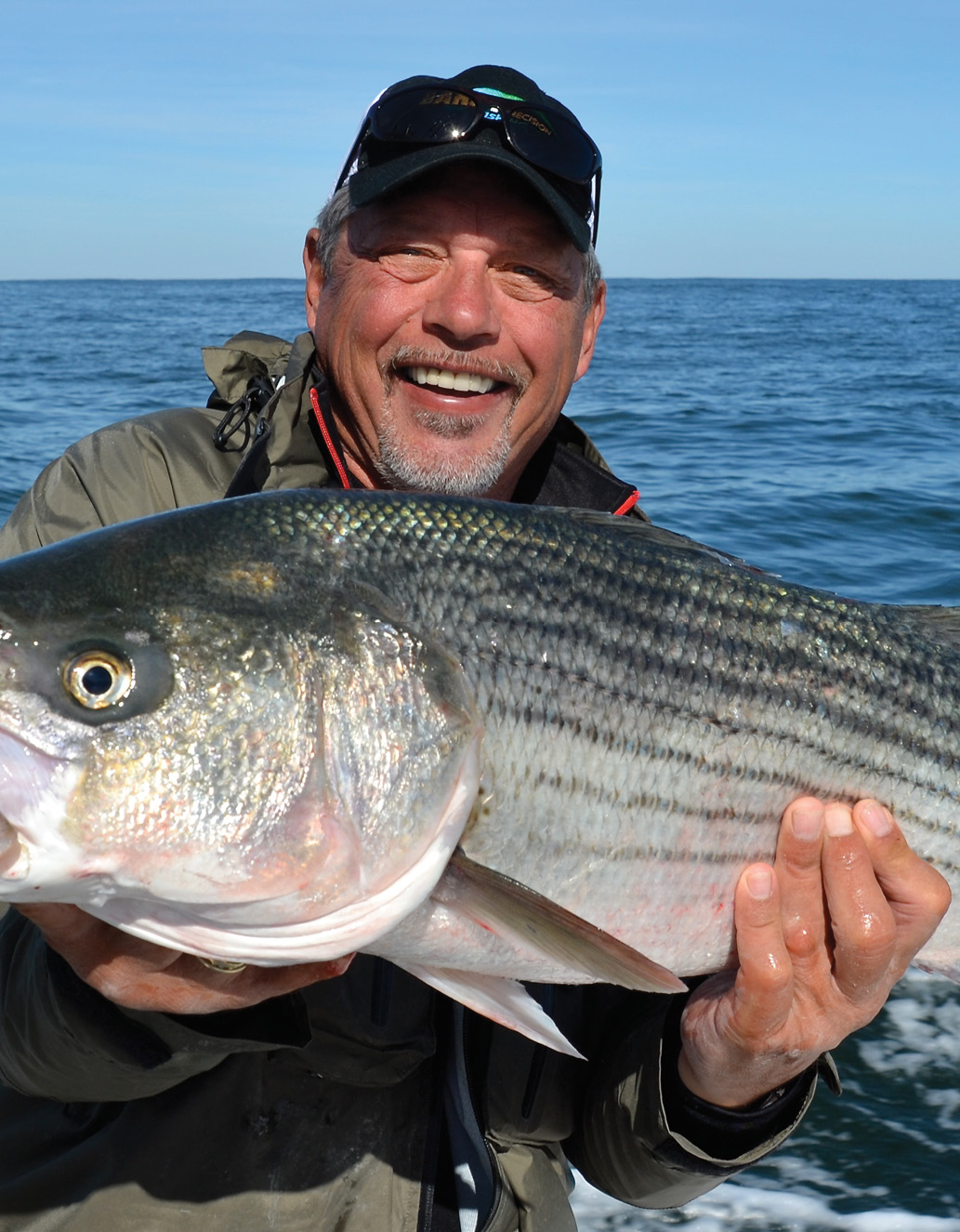 Henry Waszczuk is a well-known former all-star offensive lineman in the Canadian Football League. Waszczuk played from 1975 to 1984 for the Hamilton Tiger-Cats and was an All Star at centre for seven of the 10 seasons, but after his retirement from the CFL, his love for fishing drove him into a career of creating numerous media properties focused on fishing, golf, travel and the outdoor lifestyle.

Henry Waszczuk, the man behind Fins Media Group, has been on TV for almost 30 years. He essentially invented the public interest in programming focused on traveling to the top fishing destinations in the world and using TV, radio, social media as well as his “on the road show” to promote the top hot spots for today’s modern angler. How about these stats: Waszczuk has traveled and fished in more than 20 countries, and he has produced and hosted almost 2,000 television episodes in both freshwater and saltwater destinations worldwide. With his fishing experience and wanderlust, he is one of the most knowledgeable anglers on TV today, and the longest serving independent TV producer to FOX SPORTS in the U.S. and TSN in Canada.

Fins Media Group creates and owns media properties with vast viewership and following, producing award-winning content that provides advertisers with exposure to influential buyers and customers, reaching an audience like only few can.

The advantage of Fins Media Group programing compared to the competition is the long standing brand and the fantastic destinations that the show visits. In addition, the viewers are entertained and educated on different species of fish around the world, providing an experience that’s different from anything else in the lifestyle and fishing media space today.

“I built an all inclusive media network that includes TV, web, print and special events. We offer so much to our media partners. Our advertisers are not just buying a TV commercial. They are also getting exposure in our annual high end print publication with readership of around 250,000 in controlled distribution, add our five websites, social media, personal endorsement and exposure on our smartphone app called the Fishin’ Guy; it’s quite the media package. Available on iPhone and Android, this App brings in 150 to 200 downloads a day. The App helps people choose fishing hot spots, informs them on the types of fish at each destination, and even suggests the right lure and technique to catch your choice of fish whether it be a freshwater or saltwater species.”

Fins & Skins Classic Adventures was the first program under Fins Media Group. The program merges two great outdoor pastimes: fishing and golf in world class destinations. The show takes big name sports celebrities and entertainers out on fishing/golf trips around the world, removing them from their daily routines and presenting them in a less formal light. The premise of the show is to have a fun fishing and golf match with a destination being highlighted and the celebrity profiled on the show.

“We want them to have fun and tell viewers about themselves on a more personal level. The idea for the show came when I was invited by PGA golfer Nick Price to go fish with him in Africa, and he made me realize how many PGA golfers and celebrities love to fish. Nick actually became my first guest. That was the beginning of Fins & Skins and basically of Fins Media Group, focusing on fishing, golf and travel, and living the outdoor lifestyle,” says Waszczuk.

Fins & Skins commands a tremendous success with the viewers and networks, with TSN and TSN2 offering to air 12 TV Specials of the program annually; however, the production of this many episodes proved to be extremely difficult due to celebrities’ busy schedules, and challenges of landing a celebrity to spend several days filming on location. Even with these challenges, Waszczuk hosted over 100 celebrities on his show to date. Jane Seymour, Nick Faldo, Wade Boggs, Mike Keenan, James Keach are just a few named celebrities. “One unique fact,” Waszczuk stated,” more than 80 per cent of his celebrity guests have caught the biggest fish of their life in the filming of their episode.”

“I had to cut back to four episodes a year. I also have a passion for saltwater fishing, so I created a new TV series called Fishing the Flats. This series focuses on fishing in the warmer climates and exotic locations. The show is jam-packed with information about the destination, the fish, angling techniques and of course the excitement of catching the big one. This show has taken off big time,” says Waszczuk. “It’s my pride and joy!”

Besides Fins & Skins and Fishing the Flats, Fins Media Group also produces Big City Fishing, a TV series that focuses on finding the best fishing spots around big cities like Toronto, Vancouver, New York, Miami, etc. “Not everyone can take off and travel half way around the world to spend a few days fishing, so Big City Fishing provides information to anglers about good fishing spots around big cities, close to home with back-to-basics angling techniques.”

One of Waszczuk’s fortes is finding excellent fishing destinations that can satisfy even the most demanding sport fisherman, and of his favourite Canadian fishing spots he noted Lake Erie as a perfect place for corporate day trips with average anglers, easy to fish and lots of big fish for one and all.  “For me personally, nothing hits the soul more than fly fishing the pristine rivers of British Columbia for cutthroat trout, steelhead, or salmon.”

But for those who want to experience the real northern Canadian adventure, Waszczuk suggests Trout Rock Wilderness Lodge, located outside Yellowknife on Great Slave Lake in Northwest Territories. “Trout Rock Lodge is possibly one of the most incredible northern pike fisheries in the world. Any day in June, you can catch 60 to a 100 fish over three feet long. It is an amazing hot spot. It’s a great place for a father/son getaway; definitely a bucket list destination,” says Waszczuk.

With the track record in the fishing business, and as a producer of quality programming, Fins Media Group’s multi media web has been well sought out by advertisers and featured on TV channels such as FOX Sports; Brighthouse Sports Network: under ESPN, The Sports Network (TSN, TSN2) Global National, MEN TV, OLN, The Sportsman’s Channel, and of course The World Fishing Network.

“We just finished filming at the well known K Club in Ireland and fished for Atlantic salmon with three-time Olympian and World Champion track star Eamonn Coghlan. This week, we are filming in the 1,000 Islands under the mandate of I LOVE NY tourism initiative. My celebrity guest will be Canadian figure skating champion Kurt Browning. There’s really never a slow time, since June, I have traveled and filmed in the Yukon, Scotland, Italy … so between the three TV Series, I film almost year round,” says Waszczuk.

Even with years in the spotlight, Waszczuk remains an open and personable celebrity who enjoys fishing, even letting fans join him on his fishing adventures around the world, and it is his outgoing personality that draws people toward his Fins Media brand. “I try to stay as close as I can to the fans of the show. Having a personal connection with fans and people interested in fishing, travel and the outdoors has been my approach since the beginning, and I have been very blessed because of that,” concluded Waszczuk.