VANCOUVER, British Columbia, May 27, 2021 (GLOBE NEWSWIRE) — FIREWEED ZINC LTD. (“Fireweed”) (TSXV: FWZ) is pleased to announce that it has partnered with Ideon Technologies (“Ideon”) to undertake a muon tomography survey this summer at the Macmillan Pass project, Yukon, Canada. Muon tomography is a field-proven geophysical technique that uses naturally occurring cosmic-ray muons to measure density contrasts and identify subsurface anomalies such as dense bodies of zinc mineralization. This will be one of the world’s first deployments of Ideon’s borehole muon detectors, which can fit inside an HQ-size drill hole and provide high-resolution, straight-line imaging up to 1 km beneath the surface.

Brandon Macdonald, CEO, stated, “Muon tomography as a science has been around for decades but the new technological breakthrough for mineral exploration is building a compact muon detector that can fit inside a drill hole and image up to 1 km underground to then generate high-resolution 3D subsurface models. This is potentially game-changing technology that we are leveraging to become a first mover in using borehole muon tomography surveys for zinc exploration. We see value in using this technology to model the dense bodies of mineralization during early stages of drilling to maximize the efficiency of drilling out a deposit. We also see great potential in using muon tomography to discover new zones that may have evaded detection by more traditional exploration methods.”

The borehole muon tomography technology has been developed by Ideon Technologies (www.ideon.ai), a spin-off from TRIUMF (Canada’s national particle accelerator laboratory) and a world pioneer in the application of cosmic-ray muon tomography. Ideon has developed a discovery platform that integrates proprietary detectors, imaging systems, inversion technologies, and artificial intelligence techniques to provide visibility up to 1 km beneath the Earth’s surface – much like x-rays and MRIs provide visibility inside the human body.

Fireweed has contracted Ideon to deploy borehole muon detectors and to transform the data captured into reliable geophysical surveys and 3D density maps, enabling a new dimension for exploration at the Macmillan Pass project.

A muon (pronounced myoo·on) is a naturally occurring sub-atomic particle created as a result of supernova explosions in space. Resultant cosmic rays collide with matter in the Earth’s upper atmosphere to create a muon flux that travels to Earth in straight lines at almost the speed of light. Muons lose energy progressively as they pass through the Earth’s surface. As they encounter higher-density material, muons lose energy at an accelerated rate. The directional muon intensity can be measured by each borehole detector deployed. Multiple 2D images are then combined to map density in 3D. This overall process is known as muon tomography. Unlike potential field geophysical methods such as gravity and magnetic surveys, muon detectors provide directional imaging (recording the muon arrival direction), allowing anomalies to be located in 3D space by combining measurements from several detectors positioned at different locations underground.

Typically, a borehole muon survey will take on the order of weeks to months to complete, depending on geology, depth of borehole, and imaging target. Ideon will deploy ten borehole detectors during the survey in configurations optimized to best image the exploration targets. Multiple detectors can be placed down individual HQ size drill holes once the rods have been removed and the surface casing remains in place. Several drill holes will be surveyed simultaneously to produce robust inversions of the subsurface density.

The first survey is planned at Boundary Zone West where Fireweed made a discovery of near-surface massive sulphides in 2020 (see Fireweed news releases dated September 24th, 2020, November 24th, 2020, and February 3rd, 2021) and where there is a high density contrast between the massive sulphides and the host rock. Siderite, a dense iron carbonate mineral, is intimately association with zinc mineralization at Boundary Zone and together with galena, sphalerite and pyrite occur as dense bodies that are amenable to detection using muon tomography. Imaging these dense bodies in 3D will enable Fireweed to better target high-density zones and optimize subsequent drilling thereby reducing overall program costs.

Additional muon tomography surveys are planned at Tom East, a high-grade zone with a current Mineral Resource of 0.81 Mt at 8.74% Zn, 8.62% Pb, and 110.0 g/t Ag Indicated resource in addition to 1.68 Mt at 9.86% Zn, 12.86% Pb and 170.0 g/t Ag Inferred Resource (see Fireweed news releases dated January 10th, 2018, and reports filed on www.sedar.com for details). In 2018, Fireweed drilled a very-high grade step-out hole at Tom East in an area outside of the current Mineral Resource, intersecting 16.41 m of 21.1% Zn, 13.5% Pb and 243.0 g/t Ag (see Fireweed news release dated September 20th, 2018) in an interval containing the dense minerals galena-sphalerite-barite-pyrite-pyrrhotite. A borehole muon survey is planned at Tom East to determine if a dense 3D body can be imaged around this step-out intersection to better target follow-up drilling.

Technical information in this news release has been approved by Jack Milton, P.Geo., Ph.D., Chief Geologist and a ‘Qualified Person’ as defined under Canadian National Instrument 43101.

About Fireweed Zinc Ltd. (TSXV: FWZ): Fireweed Zinc is a public mineral exploration company focused on zinc-lead-silver and managed by a veteran team of mining industry professionals. The Company is advancing its district-scale 940 km2 Macmillan Pass Project in Yukon, Canada, which is host to the 100% owned Tom and Jason zinc-lead-silver deposits with current Mineral Resources and a PEA economic study (see Fireweed news releases dated January 10th, 2018, and May 23rd, 2018, respectively, and reports filed on www.sedar.com for details) as well as the Boundary Zone, Tom North Zone and End Zone which have significant zinc-lead-silver mineralization drilled but not yet classified as mineral resources. The project also includes large blocks of adjacent claims (MAC, MC, MP, Jerry, BR, NS, Oro, Sol, Ben, and Stump) which cover exploration targets in the district where previous and recent work identified zinc, lead and silver prospects, and geophysical and geochemical anomalies in prospective host geology.

Additional information about Fireweed Zinc and its Macmillan Pass Zinc Project including maps and drill sections can be found on the Company’s website at www.FireweedZinc.com and at www.sedar.com.

This news release may contain “forward-looking” statements and information relating to the Company and the Macmillan Pass Project that are based on the beliefs of Company management, as well as assumptions made by and information currently available to Company management. Such statements reflect the current risks, uncertainties and assumptions related to certain factors including but not limited to, without limitations, exploration and development risks, expenditure and financing requirements, general economic conditions, changes in financial markets, pandemics, the ability to properly and efficiently staff the Company’s operations, the sufficiency of working capital and funding for continued operations, title matters, First Nations relations, operating hazards, political and economic factors, competitive factors, metal prices, relationships with vendors and strategic partners, governmental regulations and oversight, permitting, seasonality and weather, technological change, industry practices, and one-time events. Additional risks are set out in the Company’s prospectus dated May 9th, 2017, and filed under the Company’s profile on SEDAR at www.sedar.com. Should any one or more risks or uncertainties materialize or change, or should any underlying assumptions prove incorrect, actual results and forward-looking statements may vary materially from those described herein. The Company does not undertake to update forward‐looking statements or forward‐looking information, except as required by law. 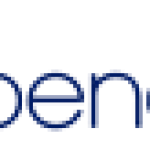 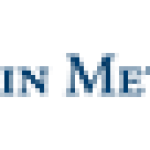