VANCOUVER, British Columbia, Aug. 19, 2020 (GLOBE NEWSWIRE) — FIREWEED ZINC LTD. (“Fireweed” or the “Company”) (TSXV: FWZ) is pleased to announce that exploration work is ramping up on the Macmillan Pass Zinc Project in Yukon, Canada.HighlightsThe first core drill will arrive on site next week and a second drill will arrive shortly afterMost drilling will be at Boundary Zone, further testing the wide, high-grade mineralization intersected in 2019New discovery targets will also be drilled, including 240 Mile TargetGeological mapping, geochemical sampling, and prospecting are underway in the Boundary Zone area and at 240 Mile Target (see Fireweed news release dated June 11, 2020 for details of 2020 exploration targets on the property)Ground gravity surveying has begun in the Fertile Corridor to the west of previous surveys, including the area around Boundary ZoneAn airborne VTEM-Magnetic geophysical survey over the western Fertile Corridor including the Boundary Zone area is also scheduled to start shortlyCEO Statement
Brandon Macdonald, CEO, stated “Our recent financing has allowed us to mount a big exploration program this summer that will run late into the season. We will be using two drills to step up the exploration of the Boundary Zone where last year we drilled very impressive intersections including 100 metres of 7.94% zinc from surface including 6.4 metres of 42.88% zinc. Our field crews have already been hard at work exploring other targets that we may also drill test in search of new discoveries. The next couple of months promises to be a busy and exciting time for the project.”Core Drilling
Two drills will arrive shortly and will mainly be deployed to test the high-grade Boundary Zone core and zone extensions. Previous drilling at Boundary intersected wide sections of potential open pit mineralization. Drilling highlights from 2019 include 100 metres of 7.94% zinc from surface, including 6.4 metres of 42.88% zinc within 230 metres of 4.14% zinc.Other targets we plan to drill this summer include the Bog Zone, which has significant historic drill results and is located near Boundary Zone, and 240 Mile Target, marked by a large gravity anomaly that may indicate buried mineralization between the Tom and Jason deposits (see Fireweed news release dated June 11, 2020 for details of other targets).Geophysics
Ground gravity crews are currently surveying the western portion of the Fertile Corridor including the Boundary Zone area (see Map 2). Boundary Zone is potentially a large mineralized “feeder” system to nearby undiscovered stratiform mineralization similar to stratiform mineralization at the large Tom and Jason deposits. Gravity anomalies mark mineralization at Tom and Jason, and other mineralization in the Fertile Corridor.
A 1,300 line-kilometer airborne VTEM-Magnetics geophysics survey has been contracted to start in the coming weeks. It will cover the western portion of the Fertile Corridor including Boundary Zone, Volcanic Target, and Zinc Moss Target (see Map 2). Results of the survey will be used to guide work programs and exploration targeting.Field Exploration
Geological mapping, geochemical sampling, and prospecting have been ongoing to define drill targets at Volcanic Target, Zinc Moss Target, Eleven Target, and Round Mountain Target (see Map 1 and Fireweed news release dated June 11, 2020 for details).  Qualified Person Statement
Technical information in this news release has been approved by Gilles Dessureau, P.Geo, Vice President Exploration and a ‘Qualified Person’ as defined under Canadian National Instrument 43-101.About Fireweed Zinc Ltd. (TSXV: FWZ): Fireweed Zinc is a public mineral exploration company focused on zinc and managed by a veteran team of mining industry professionals. The Company is advancing its district-scale 544 km2 Macmillan Pass Project in Yukon, Canada, which is host to the 100% owned Tom and Jason zinc-lead-silver deposits with current Mineral Resources and a PEA economic study (see Fireweed news releases dated January 10, 2018, and May 23, 2018, respectively, and reports filed on www.sedar.com for details) as well as the Boundary Zone, Tom North Zone and End Zone which have significant zinc-lead-silver mineralization drilled but not yet classified as mineral resources. The project also includes large blocks of adjacent claims (MAC, MC, MP, Jerry, BR, and NS) which cover exploration targets in the district where previous and recent work identified zinc, lead and silver prospects, and geophysical and geochemical anomalies in prospective host geology.Additional information about Fireweed Zinc and its Macmillan Pass Zinc Project including maps and drill sections can be found on the Company’s website at www.FireweedZinc.com and at www.sedar.com.ON BEHALF OF FIREWEED ZINC LTD.“Brandon Macdonald”
CEO & DirectorNeither the TSX Venture Exchange nor its Regulation Services Provider (as that term is defined in the policies of the TSX Venture Exchange) accepts responsibility for the adequacy or accuracy of this release. Cautionary Statements
This news release may contain “forward-looking” statements and information relating to the Company and the Macmillan Pass Project that are based on the beliefs of Company management, as well as assumptions made by and information currently available to Company management. Such statements reflect the current risks, uncertainties and assumptions related to certain factors including but not limited to, without limitations, exploration and development risks, expenditure and financing requirements, general economic conditions, changes in financial markets, the effects of the pandemic, the ability to properly and efficiently staff the Company’s operations, the sufficiency of working capital and funding for continued operations, title matters, First Nations relations, operating hazards, political and economic factors, competitive factors, metal prices, relationships with vendors and strategic partners, governmental regulations and oversight, permitting, seasonality and weather, technological change, industry practices, and one-time events. Additional risks are set out in the Company’s prospectus dated May 9, 2017, and filed under the Company’s profile on SEDAR at www.sedar.com. Should any one or more risks or uncertainties materialize or change, or should any underlying assumptions prove incorrect, actual results and forward-looking statements may vary materially from those described herein. The Company does not undertake to update forward‐looking statements or forward‐looking information, except as required by law.Contact information:
Brandon Macdonald
Phone: 604-646-8360
Photos accompanying this announcement are available at:
https://www.globenewswire.com/NewsRoom/AttachmentNg/f9ffa4e0-a978-4eb0-a392-c04b7a81abd8
https://www.globenewswire.com/NewsRoom/AttachmentNg/19064cdc-e8e1-490e-b5fd-9dd427b3dfb9 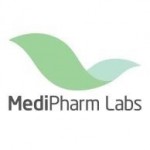 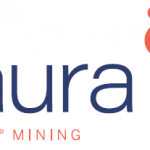