“It is pleasing to see that the focus on operational improvements has resulted in a strong end to 2022. We continue to monitor the macroeconomic conditions closely and debt reduction remains a priority,” commented Tristan Pascall, Chief Executive Officer. “Disciplined and responsible growth continue to be a focus at First Quantum. The CP100 Expansion remains on schedule to exit 2023 at 100 million tonnes per annum and work is well underway for the S3 Expansion. We are also pleased that the Enterprise nickel project will enter first production this year. These projects are a key part of the Company’s brownfield growth strategy over the next several years.”

Cobre Panamá achieved record copper production of 350kt for the full year, 19kt more than 2021. Copper production in Q4 2022 of 90kt was an increase of 10kt from Q4 2021, but 2kt lower than Q3 2022 due to a total plant shutdown in November for planned maintenance. Cobre Panamá’s performance for the last three quarters remained strong and achieved new weekly and monthly throughput records in December.

Sentinel achieved copper production of 242kt for the full year, 9kt higher than 2021, and record quarterly production of 73kt in Q4 2022, 13kt higher than Q4 2021 and 9kt higher than Q3 2022. Production was impacted in Q1 2022 by a delay to Stage 2 North-wall stripping due to wet underfoot conditions during an extended rainy season but has improved each quarter since then. Throughput has also been strong, achieving monthly and quarterly records in Q4 2022 and an annual record in 2022.

Kansanshi copper production of 146kt for the full year was 56kt lower than 2021. The lower production reflects a combination of lower sulphide grades from narrow-veined regions, depleting oxide ore and restricted access to high-grade blocks due to an accumulation of water in the main pit in the second and third quarters of 2022. Copper production in Q4 2022 was 35kt, a reduction of 17kt from Q4 2021, but 5kt higher than Q3 2022 as access to high-grade areas improved following successful dewatering of the pit.

Guidance is based on a number of assumptions and estimates as of December 31, 2022, including among other things, assumptions about metal prices and anticipated costs and expenditures. Guidance involves estimates of known and unknown risks, uncertainties and other factors, which may cause the actual results to be materially different.

As per the news release on January 10, 2023, First Quantum continues to engage with the Government of Panama and the Company remains ready to reach an agreement that is fair and equitable to both parties. The Company had indicated to the Government of Panama that it is prepared to accept and pay a minimum of $375 million per year to the Government of Panama, comprised of corporate taxes and a profit-based mineral royalty of 12 to 16 percent, with downside protections. As previously announced, MPSA is working through a number of steps to address the resolution from the Ministry requiring MPSA to suspend commercial operations at Cobre Panama. At this time, the timing and impact of any care and maintenance regime enacted by the Ministry remain uncertain. Given this, production guidance for Cobre Panama is based on normal operations with no disruption to production.

Production for 2023 for Cobre Panamá includes commissioning in Q1 2023 with a ramp-up over the course of the year to achieve an annualized throughput rate of 100 million tonnes per annum by the end of 2023.

Kansanshi copper production in 2023 and 2024 reflects similar levels as 2022 with lower oxide grades and sulphide grades while mining vein-hoisted areas. Copper and gold production in 2025 includes some limited production associated with the S3 Expansion, expected to commence in the second half of 2025.

Higher gold production in 2024 for other sites is due to higher production expected at Guelb Moghrein with the expansion of the Carbon-in-Leach plant, to be complete in the first half of 2024, and the inclusion of Cutback 4.

Nickel production at Enterprise is expected to commence in the first half of 2023 with ramp up to full plant throughput and recovery in 2024. 2023 production guidance for Enterprise includes 5kt of pre-commercial production results.

C1 cost guidance for both copper and nickel reflects recent inflationary and commodity price pressures. AISC guidance reflects higher sustaining capital expenditure, partly mitigated by a decrease in royalties specifically in Zambia relating to recent changes announced by the Zambian government. The Zambian import duty on fuel was reinstated on January 1, 2023, however this reinstatement was at a ‘free rate’, resulting in a nil impact on costs.

Collective Bargaining Agreement negotiations at Sentinel, Kansanshi, FQMO and Enterprise are expected to close in the first half of 2023. Anticipated labour cost increases have been included in cost estimates.

The three-year guidance includes ESG-related projects within the $2.6 billion project capital expenditures. Each of these projects are expected to also improve cost structure, safety and productivity of the business. These include;

Three-year guidance for project capital expenditure does not include any development expenditure for the Las Cruces Underground Project, Taca Taca or Hacquira.

All of our Company’s major operations have planned for increases in sustaining expenditure, which has been impacted by significant cost inflation as well as an increase in TSF costs and increase in fleet replacement programs.

CAUTIONARY STATEMENT ON FORWARD-LOOKING INFORMATION
Certain statements and information herein, including all statements that are not historical facts, contain forward-looking statements and forward-looking information within the meaning of applicable securities laws. The forward-looking statements include estimates, forecasts and statements as to the Company’s expectations of production and sales volumes, the Company’s ability to reach an agreement with the Government regarding the long term future of Cobre Panamá (and the delivery by MPSA of a “care and maintenance plan” and the enactment by the Ministry of any such plan), expected timing of completion of project development at Enterprise and are subject to the impact of ore grades on future production, the potential of production disruptions, potential production, operational, labour or marketing disruptions as a result of the COVID-19 global pandemic, capital expenditure and mine production costs, the outcome of mine permitting, other required permitting, the outcome of legal proceedings which involve the Company, information with respect to the future price of copper, gold, nickel, silver, iron, cobalt, pyrite, zinc and sulphuric acid, estimated mineral reserves and mineral resources, First Quantum’s exploration and development program, estimated future expenses, exploration and development capital requirements, the Company’s hedging policy, and goals and strategies. Often, but not always, forward-looking statements or information can be identified by the use of words such as “plans”, “expects” or “does not expect”, “is expected”, “budget”, “scheduled”, “estimates”, “forecasts”, “intends”, “anticipates” or “does not anticipate” or “believes” or variations of such words and phrases or statements that certain actions, events or results “may”, “could”, “would”, “might” or “will” be taken, occur or be achieved.

With respect to forward-looking statements and information contained herein, the Company has made numerous assumptions including among other things, assumptions about continuing production at all operating facilities, the price of copper, gold, nickel, silver, iron, cobalt, pyrite, zinc and sulphuric acid, anticipated costs and expenditures and the ability to achieve the Company’s goals. Forward-looking statements and information by their nature are based on assumptions and involve known and unknown risks, uncertainties and other factors which may cause the actual results, performance or achievements, or industry results, to be materially different from any future results, performance or achievements expressed or implied by such forward-looking statements or information. These factors include, but are not limited to, future production volumes and costs, the temporary or permanent closure of uneconomic operations, costs for inputs such as oil, power and sulphur, political stability in Panama, Zambia, Peru, Mauritania, Finland, Spain, Turkey, Argentina and Australia, adverse weather conditions in Panama, Zambia, Finland, Spain, Turkey, Mauritania and Australia, labour disruptions, potential social and environmental challenges (including the impact of climate change), power supply, mechanical failures, water supply, procurement and delivery of parts and supplies to the operations, the production of off-spec material and events generally impacting global economic, political and social stability. 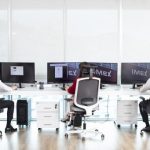