Home | Features | October 20 | Fiscal Federalism: Driving in the Dark without Lights or a Map

Fiscal Federalism: Driving in the Dark without Lights or a Map

Yet again, the federal government looks like it is about to transfer tens of billions of dollars to the provinces with essentially no strings attached.

We’ve seen this before. The 2004 First Ministers’ Health Accord transferred $40 billion to the provinces with homecare as one of the priorities. In the 2017 Health Accord, $11 billion was transferred with money earmarked for homecare and for mental health and addictions. We have no evidence of any significant progress in the provision of home care.

The most recent transfer announced July 23rd by the Prime Minister promises $19 billion for the Safe Restart Program, though without any details so far.

What does the federal government receive in return? Almost nothing, not even decent data.

Canada suffers profoundly from a major lack of high-quality pan-Canadian data, especially highlighted by the COVID-19 pandemic. While U.S. analysts are able in near real time to estimate and project COVID cases, hospitalizations and deaths down to the county level, Canada is barely able to produce comparable data by province.

A portion of the $19 billion announced is meant to help fund COVID testing and tracing, and improvements in long-term care.

There is widespread agreement that a major failing in the tragic and disproportionate COVID-19 mortality rates in nursing homes was due to poor staffing levels. As strongly recommended in a just published Royal Society of Canada report, it is essential to have high quality data on current staffing levels, and to have these connected at the individual level to health outcomes. This crucial information is fundamental for the federal government to develop the evidence-based national standards for long-term care so many have been calling for.

The issue of inadequate staffing levels has been known for decades and has been pointed out repeatedly in various reports and studies. But the federal government has essentially no data in this area.

The provinces have typically objected that health care is a provincial jurisdiction, so the federal government cannot compel them to provide sorely needed data. However, we have had almost two decades of cajoling the provinces with the federally funded Canada Health Infoway paying at least half the cost to develop and implement standardized and interoperable software systems for electronic health records.

Most relevant for the current pandemic, Infoway was specifically tasked with producing a system for anticipating and dealing with infectious disease outbreaks. This system, had it been working even 15 years after its initial funding in 2004, would have enabled a very different outcome this year, with likely far fewer cases and deaths from COVID-19.

Paper agreements and cajoling the provinces with optional subsidies have clearly failed. It’s time for a much tougher stance.

The federal government has the necessary constitutional powers, including explicit jurisdiction for statistics, plus criminal law and spending powers, and the general peace, order and good government (POGG) power, to compel the collection and flows of 21st century kinds of data.

Monique Bégin, as federal Minister of Health, successfully ended the practice of physicians’ extra-billing by amending the Canada Health Act to deduct any extra billing from that province’s fiscal transfer. The Supreme Court has just upheld the federal government’s genetic privacy legislation as constitutional despite objections from Quebec.

In the current pandemic emergency, high-quality, standardized, real-time data on excess deaths, COVID cases and hospitalizations, and details on the operations of the thousands of nursing homes and retirement residences across Canada are essential.

For nursing homes, we need these data to learn why some were completely successful in avoiding any novel coronavirus cases amongst residents and staff, while others suffered tragically. In turn, such statistical information will provide the federal government the strong evidence base needed to take the lead in establishing national standards for nursing home staffing levels, though action on staffing must not wait for perfect data.

Once we have standardized individual-level data on COVID cases, including factors like age, sex, neighbourhood, other diseases, the individual’s household composition, race, hospitalization rates, disease severity, and deaths, as the UK has been able to do for 17 million of its residents in near real time, then Canada will be able to support far more sophisticated analysis and projections to deal with the current top pandemic issues – not least, whether to open bars or schools. 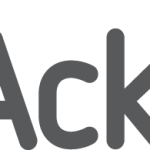 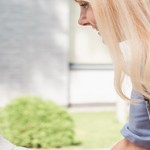