Edmonton, Alberta, Jan. 20, 2020 (GLOBE NEWSWIRE) — Flair Airlines is Canada’s only independent, fully operational low cost airline.  Flair is based in Edmonton, Alberta where it currently operates a fleet of Boeing 737s in an all Economy class configuration.  Serving eight cities across Canada with its seven aircraft fleet, Flair has immediate plans to expand its services both in frequency and reach.  This step is almost complete, with the remaining critical step being the fleet renewal and expansion plan.Flair transitioned from a charter operator to a scheduled low cost airline in 2017 with a mission to provide affordable, accessible and desirable travel for all.  Offering unbundled products and services, Flair has returned economic power to travellers by providing them the opportunity to choose how they want to fly.  Canada has one of the highest costs for air travel in the world and that’s a problem Flair intends to fix.  Flair has caused significant passenger growth in Canada and fare reductions of up to 40% on the routes it serves.  Even passengers travelling on other airlines benefit from the competitive fares that appear only because Flair is in the market.Nearly one million passengers traveled on Flair in 2019, with many more to do so in 2020.  To meet the rapidly growing demand for Flair’s low fares, the airline is seeking expressions of interest from lessors with available Boeing 737 aircraft for delivery in early 2020.  For additional information, specification and details of the RFP, contact aircraft.rfp@flyflair.com About Flair AirlinesFlair Airlines has helped to pioneer ultra-low fare travel in Canada.  Since launching in 2017, Flair has increased its fleet, route network, and flight frequency in record time – now operating 120 flights per week across Canada.  To consistently offer affordable air travel to Canadians, Flair Airlines is focused on key airports and a network that supports seasonal demand.  For more information, preferred specification and other details of the RFP, please email aircraft.rfp@flyflair.com Raelene Coffey
Flair Airlines
aircraft.rfp@flyflair.com 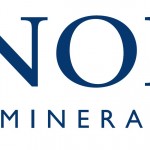 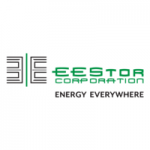