“Today marks a huge milestone as Flair grows to bring affordable travel options to more Canadians,” says Stephen Jones, President and CEO, Flair Airlines. “Canadians have been paying too much for too long, and Flair is changing that thanks to the addition of the new 737-8 aircraft which provide us the efficiencies and ability to scale our service. Today’s inaugural flight kicks off our rapid growth.”

The new aircraft allow Flair to achieve the lowest cost per seat mile of any Canadian airline. The aircraft will deliver fuel savings and cut the airline’s CO2 emissions by 14%. Lower per passenger emissions are a vital step in lowering Flair’s carbon footprint as it works to become Canada’s greenest and most sustainable airline.

Flair’s pilots, maintenance professionals, flight attendants and safety officers have been conducting extensive testing and training programs to prepare for the addition of the new aircraft. Flair’s team has been working closely with Boeing and been on-site throughout the testing and delivery phase of each aircraft.

Flair began taking delivery of the 13 new aircraft in May. The 737-8 aircraft are joining Flair’s existing fleet of 737-800 aircraft and deliveries continue throughout 2021. By the middle of next year, Flair will have a fleet of 16 aircraft and be well on the way to achieving its “F50” ambition of growing to 50 planes within five years.

Flair Airlines is Canada’s only independent Ultra Low-Cost Carrier (ULCC) and is on a mission to liberate the lives of Canadians by providing affordable air travel that connects them to the people and experiences they love. With an expanding fleet of Boeing 737 aircraft, Flair is growing to serve 19 cities across Canada. For more information, please visit www.flyflair.com 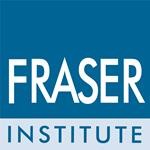 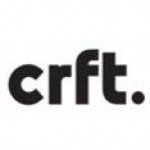