Over the course of the year, the airline:

“The past year has been one of steady growth for us,” said Jim Scott, President & CEO, Flair Airlines. “We more than doubled the number of flights per week we fly, ensuring travellers have access to affordable air travel to our 13 destinations across North America.”

Laying the Foundation for Success

To accommodate its transition from charter to scheduled carrier, Flair moved its headquarters to Edmonton, AB, proudly becoming Edmonton’s hometown airline. The partnership with Edmonton International Airport and relocation to Alberta’s capital ensure the airline has the tools to support the company’s ambitious growth strategy. Since the relocation, the airline recruited more than 100 employees, more than doubling its headcount.

The company’s growth plan was on display as it launched transborder operations in November, with its Edmonton to Las Vegas service. The addition of new destinations and routes continued in December with Palm Springs, Phoenix-Mesa, Orlando, Miami and St. Pete-Clearwater joining the airline’s route map.

“When we started the year, we were a domestic airline focused on giving Canadians a long-waited affordable travel option,” added Scott. “Our growth into an international carrier has been met with tremendous support. Canadians can now travel to US sun destinations with their loved ones, something they might not have been able to afford a year ago.”

“The 737-800NG is Flair’s flight path to the future,” said Scott. “Lower fuel costs ensure we can keep our fares down and the longer range means we can fly more passengers non-stop to more distant destinations.”

The airline expects to add more flights, destinations, routes and aircraft to its roster throughout 2019, and plans to increase its employee base to support the growth. 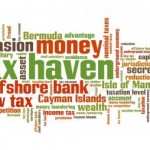