“The citizens of Quebec have been denied access to affordable air travel and Flair is here to change that,” says Garth Lund, Chief Commercial Officer. “Travel is a necessity, not a luxury. Getting across Canada shouldn’t force a family or an individual into debt while massive corporations sit back and benefit from a monopolized market. Flair is a different kind of airline. We are here to disrupt the status quo and put the power back into the consumer’s hands. Our low fares make travel accessible and affordable for everyone.”

Montreal is among several new destinations Flair is adding to its network as the airline grows to serve 20 Canadian cities. Fares are available for less than $50 one-way. With an ambitious goal to grow to 50 aircraft in 5 years, Flair is rapidly expanding as it brings ULCC service to Canadians.

Flair Airlines is Canada’s only independent Ultra Low-Cost Carrier (ULCC) and is on a mission to liberate the lives of Canadians by providing affordable air travel that connects them to the people and experiences they love. With an expanding fleet of Boeing 737 aircraft, Flair is growing to serve 20 cities across Canada. For more information, please visit www.flyflair.com 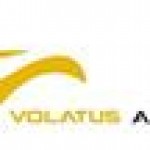 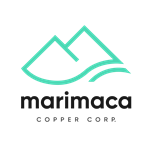