Home | Features | January 15 | Flocking to the South this Winter? Canadian Snowbirds and the Dollar

Flocking to the South this Winter? Canadian Snowbirds and the Dollar

With snow blanketing most parts of the country, many Canadians will be packing their bags heading to warmer locales in the U.S. Sunbelt. This annual winter getaway is not just a vacation; it is a lifestyle.

By some estimates, more than one million Canadians 55 years of age and older spend at least 31 days in the U.S. during the year. A large number stay three to six months. The majority of these winter escapees, known collectively as snowbirds, flock to Florida and Arizona, but California and Texas are also popular destinations.

While the decline in the value of the Canadian dollar has made sojourns to the U.S. more expensive—groceries, restaurants, entertainment and golf green fees will all cost more—it is unlikely to deter seasoned snowbirds.

Canadians own property in the U.S. and they want to make good use of it. In recent years, Canadians have poured billions of dollars into U.S. residential real estate, taking advantage of depressed property values and the strong Canadian dollar. The loonie was at par with the U.S. dollar as recently as February of 2013.

According to the National Association of Realtors® 2014 Profile of International Home Buying Activity, Canadians purchased US$13.8 billion worth of property in the U.S. in the 12 months to March 2014, up from US$11.8 billion a year earlier.

Florida is one of the major U.S. destinations of international residential real estate buyers, according to the National Association of Realtors®/Florida Realtors® Profile of International Home Buyers in Florida. Canadian buyers account for the largest share of international buyers (32 per cent), followed by the United Kingdom (seven per cent). Brazilians and Venezuelan buyers have also come to Florida accounting for a combined nine percent of foreign buyers in the Sunshine State. Buyers from China are increasingly purchasing property in Florida, mainly for investment purposes.

Canadian residents spent $2.2 billion on Florida real estate in the 12 months ended June 2014, making them the Sunshine State’s No. 1 international buyer of residential real estate. About half of Canadian buyers spent less than US$200,000 on their Florida purchase and just 16 per cent paid more than US$400,000. Almost 90 per cent of Canadian buyers paid cash for their Florida home.

About half of Canadians purchased a condominium/apartment and 38 per cent bought a single-family detached home.

More than half (53 per cent) of Canadian buyers intended to use their Florida home as a vacation property. Another 14 per cent planned to rent it out, while 17 per cent said they will do both.

Most Canadian buyers (61 per cent) intended to use the property three to six months during the year, 13 per cent for one to two months and 11 per cent for less than one month.

In total, more than a half a million Canadians own property in Florida.

Two developments have chipped away at the buying power Canadian buyers had enjoyed south of the border—the decline in the value of the Canadian dollar and the rebound in U.S. home prices.

A weaker Canadian dollar makes it more expensive for Canadians to purchase real estate south of the border than would otherwise be the case.
About 85 per cent of Florida Realtors® that took part in the annual survey conducted by the U.S.–based National Association of Realtors® for its Profile of International Home Buyers in Florida, 2014 Report responded that the value of the U.S. dollar relative to foreign currencies has an impact on the real estate purchasing decision in the State. Fifty-one per cent said it had a moderate effect; 34 per cent said it had a very significant impact on international purchasers.

In addition to the weaker Canadian dollar, the rise in U.S. home values has made it more expensive to purchase a home in the U.S. Average home prices in South Florida (i.e. the tri-county region of Palm Beach, Broward and Miami-Dade) are up 10.3 per cent from a year ago, according to an S&P/Case-Shiller Home Price Index. In Tampa, prices have risen 5.4 per cent from a year ago, in Phoenix 3.0 per cent, in Los Angeles 5.7 per cent and in Las Vegas 9.1 per cent.

While the decline in the value of the Canadian dollar has made vacationing and shopping in the U.S. more expensive (and will affect short-term visits to the U.S.), it is not likely to discourage Canadians who spend significant periods of time south of the border—the so-called snowbirds. For them, the trip south is more than a winter getaway; it’s a lifestyle. Many have invested in real estate in the U.S. Sunbelt with the intention of returning year-after-year.

For the approximately 20 per cent of Canadians that rent out their home in the U.S. when they are not using it, the rise in rental prices and the weaker Canadian dollar have combined to generate more rental income in Canadian-dollar terms, helping to defray some of the costs.
Also, the plunge in gasoline prices has boosted spending power. Not only is a sustained drop in gasoline prices a source of extra cash, it may give a jolt of confidence.

Additionally, snowbirds may have opened a U.S. dollar bank account and they may be using a U.S. dollar credit card to insulate themselves against currency fluctuations.

For Canadian snowbirds looking to rent in the U.S., tight rental markets have made finding accommodation more difficult. South Florida is one of hottest rental markets in the country with demand for rental properties coming from both international visitors and increasingly, the domestic market. Rents in South Florida are rising at a faster rate than many of the nation’s largest metropolitan areas.

Finally, Canadians still looking to buy a vacation property in the U.S. are now confronting higher home prices and a weaker Canadian dollar. We should see their purchasing of U.S. homes start to slow. Even so, home prices in the two most popular destinations for Canadian snowbirds—Florida and Arizona—remain affordable, with values well below peak levels. 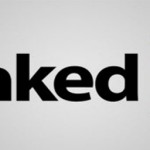 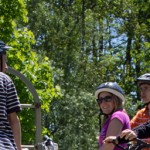