Focus On Infrastructure — Not CPP

CBJ — Provincial finance ministers have made it quite clear that infrastructure — and not enhancements to the Canada Pension Plan — should be priority No.1 for new Federal Finance Minister Bill Morneau.

British Columbia Finance Minister Mike de Jong warned that adding a further monetary burden to employers and employees while the economy remains fragile could have a “negative economic impact.”

Saskatchewan Finance Minister Kevin Doherty said the federal government and provincial partners should hold off to see how other “products” such as the Tax Free Savings Account (TFSA) and pooled pension funds work before embarking on a “broad-based solution,” like expanding CPP.

It’s quite clear that the majority of provincial finance ministers believe that infrastructure spending must come first, including Alberta Finance Minister Joe Ceci. He said tackling the infrastructure “deficit” by building roads, schools, hospitals and bridges is the best way to buoy his province’s economy in this “challenging time.” 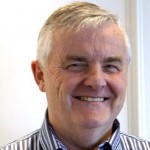