Food banks across Canada have increased their focus on nutrition over the last five years, from offering healthier food options to educating users on how to get the biggest health benefit from the foods they consume.

That’s the finding of a recent survey that polled 15 organizations representing 251 food banks from coast to coast. The study found that all food banks regard nutritional consideration as important when serving their clients, with 47% of food banks citing it as “very important” and 53% viewing it as “extremely important.” Ninety-three per cent of food banks reported increasing their focus on nutrition over the last five years.

The study found that even in locations where food donations were up, demand often exceeded supply (see survey highlights, below) – a reality that has contributed to food banks’ increased focus on health by doing the most they can with less.

“Studies have found a direct link between health and poverty, so we strive to put as many nutrients as possible in our food hampers,” said Laurie O’Connor, Executive Director of the Saskatoon Food Bank & Learning Centre, who participated in the survey. “We want to ensure that we’re not contributing to poor health, but may actually be contributing to better health.”

Respondents indicated that nutritional education is important for food donors as well as clients. For example, while all food banks surveyed ranked snack foods as one of their least preferred donation items, 58% of them found snack foods to be either their most donated or second-most donated item.

In an effort to boost the educational efforts of food banks nationally, 15 of Canada’s top chefs and dietitians have come together to create nutritious and budget-friendly recipes compiled in a cookbook called Out of the Box: Healthy Family Pasta Meals on a Budget. The cookbook is being launched as part of a campaign called Help us Feed the Hope, an initiative by Catelli Foods in support of Canada’s food banks. For every share or download of the cookbook and its recipes, Catelli Foods will donate servings of pasta to food banks across the country, with the goal of donating a total of one million servings.

For every box of Catelli pasta purchased until the end of May at retailers nationally, Catelli Foods will also donate a serving pasta to food banks across the country.

“Regardless of budget, we all have a choice of what we put into our mouths,” said Liz Pearson, a cookbook participant and leading Toronto-based dietitian and author, explaining that a healthy diet has been shown to prevent diseases such as cancer and diabetes, and help lower blood pressure and reduce risk of heart attack.

“The cookbook is filled with low-cost, nutrient-rich recipes that not only provide excellent fuel for the body, but also taste great,” said Pearson, whose top ingredient picks kale, red pepper and black lentils are incorporated into a whole wheat penne recipe created by John Morris, Executive Chef of CN Tower 360 Restaurant.

Team up and cook as a family. When we cook together, everyone benefits from a healthy meal, a sense of shared accomplishment and the enjoyment of quality time.

Put nutritious food choices at the front of the fridge. Keep cut up vegetables, fruit, hardboiled eggs or nut butters handy, so that the healthy choice is the easy choice.

Taste the rainbow. Fill your diet with an array of colours by choosing a variety of different fruits and vegetables to provide an assortment of nutrients and health benefits.

Use herbs and spices. They have positive effects on the body. Ginger and turmeric, for example, have anti-inflammatory and antioxidant properties.

Cover half of your plate with vegetables at lunch and dinner. Use frozen and canned options when fresh local vegetables aren’t in season.

33% of food banks surveyed saw an increase of more than 20% in food bank usage over the last five years, while 27% saw a 5-10% increase over the same period.

53% of food bank respondents find nutritional consideration when stocking bins to be extremely important and the remaining 47% find it to be very important.

93% of food banks polled said they have increased their focus on nutrition within the last five years.

In the past year, 33% of respondents have given food bank users less food due to shortages and 27% have run out of certain foods. 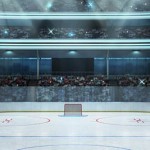 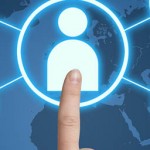 How to Market to Different Generations on Social Media