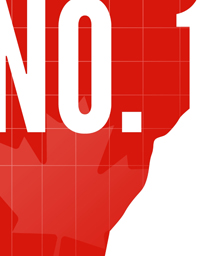 When Forbes released its annual ranking of global economies, it showed the rest of the world what we already know: Canada is the best country in the world to do business.

Canada ranked No. 1 on the list of the world’s best places to do business, ousting Denmark from the top seat, citing improvements to our tax system,  easy administrative policies, investor protection and the best banking systems in the world.

Canada’s substantial trade, particularly in energy including oil, gas, uranium and electric power, and great natural resources led to solid economic growth for most of the past 18 years.

The business magazine cited our “affluent, high-tech industrial society in the trillion-dollar class” as one of the reasons to push Canada up from last year’s No. 4 spot, and lauded our banking system.

“Buffeted by the global economic crisis, the economy dropped into a sharp recession in the final months of 2008, and Ottawa posted its first fiscal deficit in 2009 after 12 years of surplus,” said the ranking.  “Canada’s major banks, however, emerged from the financial crisis of 2008-09 among the strongest in the world, owing to the financial sector’s tradition of conservative lending practices and strong capitalization.”