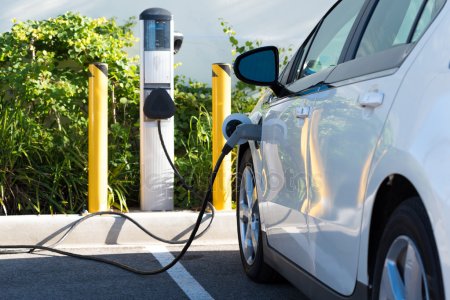 CBJ — Ford Motor Co. is investing $500 million into electric vehicle startup Rivian in a deal that has the companies working together on developing a new Ford electric vehicle.

Ford become a minority partner in Rivian, which is headquartered in the Greater Detroit area.

The partnership is yet another sign how traditional internal combustion engine automakers recognize the need to pay for significant capital costs of developing electric vehicles and even those that drive themselves, or risk being left behind. The main concern for traditional automakers is that nobody has a sense of just how long the transition will take.  Some believe gas-powered vehicles will be around for at least another decade — while others say a major transformation will begin much sooner than that.

“We are learning a great deal from this wonderful company and its leadership,” Ford CEO Jim Hackett said Wednesday. “We’re open-minded to its fresh approach to electric vehicles.”

Rivian will remain an independent company. But Ford President of Automotive Joe Hinrichs will get a seat on the startup’s seven-member board. The deal is still subject to regulatory approval.

The Rivian commitment is in addition to Ford’s plans to invest $11 billion in electric vehicles including a Mustang-inspired SUV and a zero-emissions version of the F-150 pickup.