In 2018, Fannon was unanimously confirmed by the United States Senate to serve as the inaugural Assistant Secretary of State for Energy Resources. In his role with the State Department, Fannon elevated global awareness of the role that critical materials like lithium play in the energy transition. He led bilateral and multinational coalitions to help countries responsibly develop clean energy minerals and fostered more transparent markets. Fannon began his career in public service working as an aide for two members of the U.S. Senate before becoming Counsel to the United States Senate Committee on Environment and Public Works.

Prior to his service with the State Department, Fannon led several organizations and created business opportunities as a corporate executive for more than two decades. As Managing Director of BHP, Fannon established the company’s U.S. Corporate Affairs function. He created and led a comprehensive strategy to support the company’s growing footprint and expand its American shareholder base. Frank also served as Chief U.S. Advisor to the BHP Foundation, focused on transparency and governance, environmental resilience, and education equity.

Standard Lithium CEO Robert Mintak stated, “Frank has tremendous knowledge about the new energy economy and the importance of secure, domestic supplies of critical materials like lithium. His previous role with Murphy Oil, which included a stint in El Dorado, provides him broad understanding about how to grow an industry leading company that creates good-paying jobs and contributes to the nation’s economy. Frank will be a valuable asset to Standard Lithium, and we are excited to welcome him aboard.”

“Standard Lithium has a proven concept that has the potential to be transformative for the lithium industry and provides a near-term answer to achieving a sustainable North American clean energy supply chain. The company has built a technology platform that can help ramp up domestic lithium supply faster and with greater respect to natural resources and the environment. I’m excited to join a team of professionals who have had tremendous success and I look forward to helping grow Standard Lithium into a leader in the lithium market,” said Frank Fannon.

About Standard Lithium Ltd.
Standard Lithium (TSXV: SLL) is an innovative technology and lithium development company. The company’s flagship project is located in southern Arkansas, where it is engaged in the testing and proving of the commercial viability of lithium extraction from over 150,000 acres of permitted brine operations. The Company has commissioned its first-of-a-kind industrial scale Direct Lithium Extraction Demonstration Plant at LANXESS’ South Plant facility in southern Arkansas. The Demonstration Plant utilizes the Company’s proprietary LiSTR technology to selectively extract lithium from LANXESS’ tailbrine. The Demonstration Plant is being used for proof-of-concept and commercial feasibility studies. The scalable, environmentally friendly process eliminates the use of evaporation ponds, reduces processing time from months to hours and greatly increases the effective recovery of lithium. The company is also pursuing the resource development of over 30,000 acres of separate brine leases located in southwestern Arkansas and approximately 45,000 acres of mineral leases located in the Mojave Desert in San Bernardino County, California.

On behalf of the Board of Standard Lithium Ltd.
Robert Mintak, CEO & Director

Neither TSX Venture Exchange nor its Regulation Services Provider (as that term is defined in policies of the TSX Venture Exchange) accepts responsibility for the adequacy or accuracy of this release. This news release may contain certain “Forward-Looking Statements” within the meaning of the United States Private Securities Litigation Reform Act of 1995 and applicable Canadian securities laws. When used in this news release, the words “anticipate”, “believe”, “estimate”, “expect”, “target, “plan”, “forecast”, “may”, “schedule” and other similar words or expressions identify forward-looking statements or information. These forward-looking statements or information may relate to future prices of commodities, accuracy of mineral or resource exploration activity, reserves or resources, regulatory or government requirements or approvals, the reliability of third party information, continued access to mineral properties or infrastructure, fluctuations in the market for lithium and its derivatives, changes in exploration costs and government regulation in Canada and the United States, and other factors or information. Such statements represent the Company’s current views with respect to future events and are necessarily based upon a number of assumptions and estimates that, while considered reasonable by the Company, are inherently subject to significant business, economic, competitive, political and social risks, contingencies and uncertainties. Many factors, both known and unknown, could cause results, performance or achievements to be materially different from the results, performance or achievements that are or may be expressed or implied by such forward-looking statements. The Company does not intend, and does not assume any obligation, to update these forward-looking statements or information to reflect changes in assumptions or changes in circumstances or any other events affections such statements and information other than as required by applicable laws, rules and regulations. 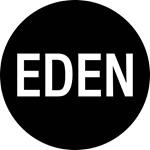