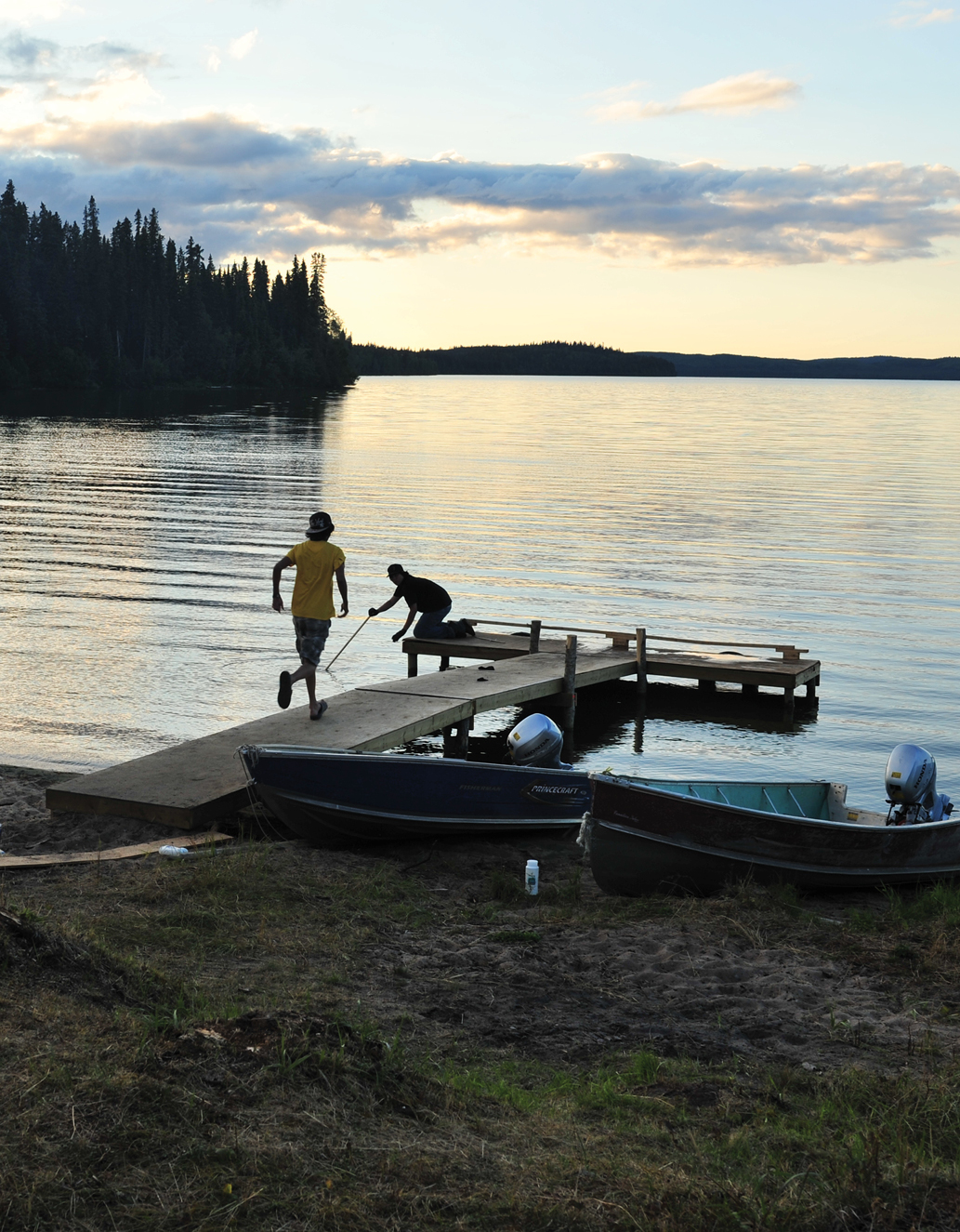 Walking the Line between the Oil Industry and Natural Heritage

Fort McKay First Nation (FMFN) is located along the banks of the Athabasca River in the Regional Municipality of Wood Buffalo. Just a few miles north of Fort McMurray, the FMFN came together and started its individual business in 1986, offering support services to the oil industry.

“We decided in around 1986 that to generate revenue as a First Nation, we had to form a corporation and get into the business of providing services to the oil industry. We did this to develop our people, to provide them with employment opportunities, skills development, and profit. I remember that the first year, with the tree planting and other services, we made about $120,000 worth of business,” says Chief Jim Boucher. In comparison, Fort McKay Group of Companies revenues reached $130 million, and its joint ventures generated an additional $400 million in 2012 alone, and FMFN’s companies continue to grow as a major employer and business in the region.

While preserving its traditions and relationship with nature, the FMFN takes a responsible approach while actively participating in the development of the oilsands. The philosophy of balance between business and tradition has allowed the FMFN to enhance its community’s social and economic conditions, and also create solid working partnerships with industry and government, balancing the resource development in the area while endeavouring to protect the health of its community and the environment.

“We set up our service sector businesses to support oil industry in the region with customers such as Suncor, Shell, Syncrude, CNRL [Canadian Natural Resources], Total, to name a few. Our businesses try to support all this activity, and we employ about 4,000 people, either directly though the Fort McKay First Nation and Fort McKay Group of Companies, or indirectly through our joint ventures,” says Chief Boucher.

FMFN’s list of businesses and services is beyond impressive, working with the oil companies but always striving to develop resources in a responsible, sustainable way. That is one of the reasons that FMFN insists on owning 51 per cent or more of each joint venture it is involved in, and its Board of Directors for each company oversees the operation of the company to ensure responsible development and to meet the set profit targets.

With the industry development and the influx of finances to the community, the FMFN is currently working on building new housing subdivisions, a new long-term care centre for the elders, a school from kindergarten to Grade 12, a youth centre, a church, and amphitheatre. FMFN is focused on providing resources and opportunities to the youth in the community, and every year, the FMFN invests about $1 million on education in the community, aiming youth toward higher education.

“We intend to spend about $180 million to build up the infrastructure in our community, and this also requires workforce, which we currently lack. So we have both the challenge and the opportunity to put people to work. We recently signed an employment and construction pilot program with the Blood Tribe (The Kainai Nation from Southern Alberta), so we are addressing these issues,” says Chief Boucher.

The Blood Tribe and the FMFN are working together to increase Aboriginal participation in the Alberta workforce, bolstering knowledge and technical skills of the participants, increasing the pool of qualified Aboriginal workers in the oil sands, and ultimately improving the quality of life of the participants in their respective communities. This unique pilot has already sparked interest with other communities and FMFN is in discussions to expand this program with other First Nations.

In 2005, to enhance the protection of its historic sites and heritage, the FMFN signed the Treaty Land Entitlement Agreement, gained greater control over lands and resources in their traditional territory, settled a land claim. FMFN also selected reserve lands adjacent to Gardiner Lake and Namur Lake (known locally as Moose Lake and Buffalo Lake approximately 80 kilometres northwest of Fort McKay), traditional sacred territory and an ancestral resting ground of the Fort McKay community. The area represents one of the few places far enough from oilsands development where the people of Fort McKay can pay homage to their ancestral rights; hunt, trap, and fish in peace; and observe their traditions and culture. Preserving this pristine landscape for future generations is a priority for FMFN.

While Fort McKay is supportive of responsible oil sands development in the region, the areas surrounding Moose and Buffalo Lakes will soon be encroached by in-situ oil sands development, creating a tension between the oil industry and FMFN. FMFN is seeking to mitigate the impacts of the upcoming development through the creation of a special management area around the lakes. The band has created opportunities for dialogue with key stakeholders and hopes to arrive to a mutually beneficial agreement to protect the area from oil production activities.

“We are situated in the centre of the minable oilsands and as a result our location is surrounded by industry. That provides benefits but it also causes concerns to the community. Moose Lake is our last pristine area, and the industry is encroaching this place. This is the last place that we see as our own, and to be taken away and impacted by the industry. This is one of the things that bring out the very great concerns of how industry develops in the proximity to our lands.

That is why the FMFN always considers its cultural values when oil sands companies apply for project approvals in FMFN traditional territory. Every project must undergo a consultation process with the FMFN community to identify concerns, and the FMFN Sustainability Department develops an understanding of these concerns and mitigations are decided before an agreement is reached. Since 1996, Fort McKay has been able to reach agreements with almost every proposed project. “We currently manage about 30 environmental agreements. So we are quite active in negotiating agreements with companies in respect to the environmental issues, and those are essentially standalone principles of how we do business,” concluded Chief Boucher, “Once the oil is gone, our people will still be here.”