Jorge A. Ganoza, President and CEO of Fortuna, commented, “The successfully completed business combination creates a low-cost intermediate gold and silver producer with four operating mines and a permitted development project. The company will benefit from a robust exploration pipeline and expanded presence in the Americas and West Africa, two of the fastest growing precious metals producing regions in the world.” Mr. Ganoza added, “We look forward to a successful integration and to continue building the business in West Africa on the solid foundations cemented by Roxgold.”

John Dorward, President and Chief Executive Officer of Roxgold, commented, “I would like to thank the Roxgold shareholders for their support. I am very proud of the Roxgold team and what we accomplished together and believe Fortuna is now positioned with one of the best organic growth pipelines among any of the intermediate precious metal producers, supported by peer-leading free cash flow generation, increased scale and diversification, and a lower cost of capital.”

The Transaction was completed by way of a court-approved plan of arrangement (the “Arrangement“) under the Business Corporations Act (British Columbia) pursuant to the arrangement agreement between Fortuna and Roxgold dated effective April 26, 2021. Under the terms of the Transaction, Fortuna acquired all the issued and outstanding common shares (“Roxgold Shares“) of Roxgold in exchange for 0.283 of a common share of Fortuna (a “Fortuna Share“) and C$0.001 in cash for each Roxgold Share held. Upon completion of the Transaction, Roxgold is a wholly-owned subsidiary of Fortuna.

Addition to Fortuna’s Board of Directors

Fortuna will continue under the name “Fortuna Silver Mines Inc.” with the ticker symbol “FVI” on the Toronto Stock Exchange and “FSM” on the New York Stock Exchange. The Roxgold Shares are expected to be delisted from the TSX and OTCQX two to three trading days following closing and an application will be made to have Roxgold cease to be a reporting issuer.

In order to receive the Fortuna Shares and cash consideration under the Arrangement, registered Roxgold shareholders who hold physical share certificates or DRS Statements must submit a letter of transmittal to Computershare Investor Services Inc. A copy of the letter of transmittal is available on Roxgold’s SEDAR profile at www.sedar.com. Roxgold shareholders who hold their Roxgold Shares though a broker or other intermediary should follow the instructions provided by such broker or other intermediary.

Fortuna Silver Mines Inc. is a Canadian precious metals mining company with four operating mines and a development project in Argentina, Mexico, Peru, Côte d’Ivoire, and Burkina Faso. Sustainability is integral to all of Fortuna’s operations and relationships. Fortuna produces gold and silver and generates shared value over the long-term for its shareholders and stakeholders through efficient production, environmental protection, and social responsibility. For more information, please visit Fortuna´s website.

The Toronto Stock Exchange has neither reviewed nor accepts responsibility for the adequacy or accuracy of this news release.

The Forward-looking Statements in this news release may include, without limitation, statements about Fortuna and Roxgold’s current expectations, anticipated synergies and benefits of the Transaction, statements with respect to the trading of the Fortuna shares on the Toronto Stock Exchange and New York Stock Exchange, and the de-listing of the Roxgold Shares. Readers are also cautioned that such additional information is not exhaustive. Often, but not always, these Forward-looking Statements can be identified by the use of words such as “anticipated”, “estimated”, “expected”, “potential”, “future”, “assumed”, “projected”, “planned”, “to be”, “will” or statements that events, “could” or “should” occur or be achieved and similar expressions, including negative variations.

The impact of any one risk, uncertainty or factor on a particular forward-looking statement is not determinable with certainty as these factors are independent and management’s future course of action would depend on its assessment of all information at that time. Readers are urged to consult the disclosure provided under the heading “Risk Factors” in each of Fortuna’s and Roxgold’s annual information form for the year ended December 31, 2020 which has been filed on SEDAR at www.sedar.com for further information regarding the risks and other factors applicable to the Arrangement. 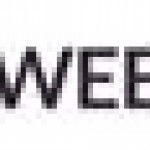 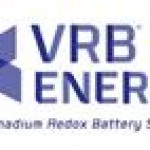