In the exceedingly competitive arena of global finance a Calgary-based public investment firm called Founders Advantage Capital has developed and introduced an amazingly innovative and successful method of acquiring equity positions in privately-owned businesses. As an investment issuer, the company makes investments in equity, debt or other securities to create long-term value for shareholders and partner entrepreneurs and it is transcending the way enterprise deals are made across North America.

The Canadian Business Journal recently spoke with FA Capital executives Stephen Reid, President and CEO, and Harpreet Padda, Senior Vice President & Co-Head, Investments, about the tremendous success the company has attained under the FA Capital banner with the company having just recently celebrated its first anniversary.

“Our method of investing was to find companies where owners had left the businesses in the hands of the management and the only contributions the owners made was coming in and taking away all the working capital so they could live their exotic lifestyles,” begins Reid.

With many years of hands-on investment experience, Reid says the way to partner with targeted companies is to allow its management team to continue to run the business because they are the industry experts within their particular realm. Reid and his executive team at FA Capital then build a board of directors and invite those company executives onto the board, where the investment is controlled.

“That became the genesis for how we bought and held a series of investments,” remarks Reid. “Giving management the working capital they need and having more patience in waiting for money and sharing with management on a 50-50 basis has been our formula for quite some time and has worked extremely well.”

It did not take long before Reid found there was a very large inbound of offerings of companies coming through North America’s most trusted advisors and accounting firms. The main conundrum for certain company owners is whether to sell their business or continue on. Rarely is it an easy cut-and-dried decision, especially when so much time and effort has been spent in developing it.

“The companies we saw had actually put themselves up for sale and then met who would likely be the suitors, which would typically either be their competitors or private equity, but time and time again the principal owners would change their minds. The people buying the business were either going to try and make it more efficient as an industry buyer or they’ll load it up with debt, juice the numbers and then sell the company for exit returns,” says Reid.

It’s not uncommon for owners to get cold feet at the 11th hour and so they will often return to their advisor to say they love their customers and don’t want to see the company end up in the wrong hands.

“Because we come from this type of investing, the advisor will recommend our company,” says Reid.

During consultation with an advisor the company owner is told that a Canadian firm (FA Capital) will buy 60% of his or her enterprise allowing the entrepreneur to extricate investors who may be putting the squeeze on to sell. Additionally, it’s an excellent way to gain liquidity. FA Capital won’t oversee the business and tell the owner and managers how to run the operation on a daily basis. Furthermore, there is the potential to put in additional funding for such things as acquisitions. FA Capital forms a board of directors and the owner is part of that board, which is where all the investment is ultimately controlled.

“Everything going forward, instead of us getting 60%, which was the investment, we will give the owner 60% and we will take 40%, swapping positions, providing meaningful disproportionate share of the upside contractually forever, with no strings attached,” explains Reid.

Not surprisingly, dozens of companies have said it’s the best deal they’ve ever had presented to them and jump at the opportunity. It’s a monetization partnership with Best in Class private companies.

“We are a methodology for a family business, for an entrepreneur or founder-owned business, to be able to do a meaningful monetization and take advantage of the historical high multiples that businesses trade at, and yet completely keep their company in tact with no managerial or staffing changes necessary. No leverages are added to the company. It’s a permanent, passive, long-term smart partnership,” notes Reid.

Fifteen years ago about 95% of owners in these types of situations sold their companies, whereas today it’s much closer to a 50-50 split. Reid says there are several reasons for that noticeable shift in trends. “First of all 60 is the new 50; people love the engagement of being in business and the challenges that come with it and electronics and brand technology makes a big difference how you can communicate.”

“Historically founder-run businesses haven’t been aware of what options are out there,” adds Padda. “The model that Stephen spearheaded has been to address that kind of void in the market. We are looking to revolutionize the approach and concept of partnerships and how to invest.”

Reid, Padda and the entire professionally-trained team at FA Capital have listened to what entrepreneurs are thinking and feeling in the marketplace and they are now vigorously sending out the message that there are in fact excellent alternative options beyond the traditional methodologies they’ve become accustomed to throughout their business careers. The options are not limited to having to either sell a business and be completely done with it or getting no monetization and having to bear 100% of the risk.

“We will give you enough monetization so that you can provide your family with financial security for the rest of your life, but at the same time you still continue operating your business. We’re here for support and not to look over your shoulder as a Big Brother and dictate how you run your business,” says Reid.

Founders Advantage Capital is still very much in the formative stages of communicating and marketing its exciting new model to the world but is already living through the early stages of having a significant amount of inbound interest come through the door.

“Everywhere we go, when someone hears about our model and approach it always puts a lightbulb on in their head that ours is a bold type of approach that nobody else is doing. This model would appeal universally,” says Padda.

The primary targeted investment equity range tends to run between $20 million and $200 million because that is where the vast majority of companies’ financial statements sit before considering a selloff to a large consolidator. However, Reid points out there are also a plethora of smaller companies with a valuation of $5 million – and less – that also can be perfect for this type of business model. Much of the consideration depends on where the investment banking community and accounting firms view the company.

“For every 100 businesses with EBITDAs (Earnings Before Interest, Taxes, Depreciation and Amortization) between $5 million and $25, there will be only 15 EBITDAs between $25 million and $100 million and about five that are north of that. It’s the smaller businesses that drive the whole economy,” says Reid.

The remarkably unique model created by FA Capital seems to be gaining the most traction in businesses where people have to constantly perform at a high level. The three main categories that have been identified to date are healthcare services, franchises and business services. “Healthcare because the people who run those businesses often went to school for a long time for a reason; they are caregivers first and businesspeople second,” explains Reid.

FA Capital understands that private equity has a fundamental responsibility to provide the biggest and fastest return possible. But that is most often a bad partnership for people who are sensitive to the reputation of what they do for a living – and that’s exactly the type of business that FA Capital looks to partner with; successful people who care.

“We think that there is a right way to do business and that includes the concepts of fairness, honesty and transparency. You can do that when your partners are all aligned on the same page and still obtain attractive economic returns,” states Padda.

All partnerships with FA Capital are with privately-owned entities and in fact most tend to be founder-owned. Reid and his team will typically make one investment for about every 40 potential investments that are put in front of them for assessment. If they are interested in proceeding FA Capital will integrate into workplace environment to gain a feel for the company being assessed and how it is operated.

“We don’t look at ‘A-minus’ or ‘B’ companies. We look at ‘A’ companies only. After that, what makes an ‘A’ company good or bad for us is mostly about the culture and the people,” Reid says.

Founders Advantage Capital deals with about 1,000 investment bankers who can offer sound advice rather than those who just want to make the sale as fast as possible. When those investment bankers reach out to FA Capital they provide detailed information about a company that is in the midst of exploring its various options. A basic rule of thumb is that if their competition hates them, but their employees love them and the customers continue to support them, it’s the type of partnership Reid will almost assuredly want to further pursue.

A marquee portfolio company Reid and his associates provided assistance to and partnered with is Dominion Lending Centres, whose top four employees have been with them during the entire 10 years of growing the business. Dominion Lending Centres started from one franchise location and blossomed to 650 locations in that first decade.

“The Canadian Franchise Association says if 95% of a company’s franchisees are in the black then the enterprise is considered to be healthy. Dominion Lending Centres is at 99.9%,” reveals Reid.

As part of the initial agreement, FA Capital acquired 60% of Dominion Lending Centres, but the same management team continues to run the business on a day-to-day basis.

One key differentiator between FA Capital and other investment firms is that they truly take the time to listen. Oftentimes that quite simply is not the case with investment companies who have a predetermined criteria and a financial strategy that they force upon business owners to suit their own bottom-line agenda.

“We live in a world in Canada where we are a dividend payer. We are a publicly-traded stock and people expect the stock to go up meaningfully every year to pay a dividend of 5% to 6%, which is competitive with other dividend payers. The reality is because that’s what our shareholders want, it means we have the lowest cost to capital or we need less return than a Canadian private equity firm,” explains Reid.

Lowering expectations for return by thinking long-term can make more money. It’s a risk-reward ratio. As Reid puts it “You either want a fast buck or a long buck – and Founders is definitely the latter.”

Traditional methods do of course work for those who want to sell, but for owners who are genuinely looking to keep their business, and who still hold a deep passion to continue operations, FA Capital provides an optimal solution for a long-term investment style. Honesty, fairness and creative thinking are vital components to success. A tunnel-vision approach and thinking solely about numbers in isolation quite often leads to a narrow and myopic point of view.

“We want to be industry leaders where people are able to say ‘wow there is a different way to do business.’ When you come from the approach of fairness and honesty and you can prove there are solutions for founder-owned businesses, it’s a methodology that will yield strong partnerships and attractive economic returns for everyone,” concludes Padda. “Our model is very unique. Because of the structure we are a highly attractive solution.” 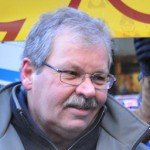 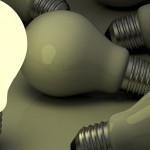