VANCOUVER, British Columbia, Feb. 25, 2020 (GLOBE NEWSWIRE) — FPX Nickel Corp. (FPX-TSX.V) (“FPX Nickel” or the “Company”) is pleased to announce that it has appointed BBA Inc. (“BBA”) as lead engineer and consultant for the preparation of an updated National Instrument (“NI”) 43-101 preliminary economic assessment (“PEA”) report on the Company’s Baptiste Deposit at its 100%-owned Decar Nickel District in central British Columbia.  Completion of the PEA is expected in the late third quarter or fourth quarter of 2020.
“We are pleased to move forward with the preparation of an updated PEA, which we believe has the potential to demonstrate significant improvements over the 2013 PEA on the Baptiste Deposit,” commented Martin Turenne, FPX Nickel’s President and CEO. “The updated PEA will build on internal trade-off studies conducted by the Company incorporating the 2018 NI 43-101 mineral resource estimate and metallurgical improvements achieved in our recent test programs (see the Company’s news releases dated February 26, 2018 and August 6, 2019).”Private PlacementThe Company further announces that it has arranged a non-brokered private placement to raise gross proceeds of up to $1,500,000 (the “Offering”).  The Offering will consist of up to 8,333,333 common shares (the “Shares”) at $0.18 per Share in the capital stock of the Company.  Insiders of the Company intend to participate in the Offering.All the securities issued pursuant to this private placement will be subject to a four (4) month hold period.  Completion of the Offering is subject to receipt of all required regulatory and other approvals, including acceptance by the TSX Venture Exchange. The proceeds raised from the Offering will be used for general working capital purposes and for the early settlement of up to $675,000 in amounts owing under the Company’s long-term debt arrangements.  Completion of the updated Baptiste PEA will be funded from the Company’s existing working capital.Dr. Peter Bradshaw, P. Eng., FPX Nickel’s Qualified Person under NI 43-101, has reviewed and approved the technical content of this news release.About the Decar Nickel DistrictThe Company’s Decar Nickel District claims cover 245 square kilometres of the Mount Sidney Williams ultramafic/ophiolite complex, 90 km northwest of Fort St. James in central British Columbia. The District is a two hour drive from Fort St. James on a high-speed logging road.  A branch line of the Canadian National Railway is less than 5 kilometres east from Decar’s Baptiste Deposit and the BC Hydro power grid comes within 110 kilometres south of the property. Decar hosts a greenfield discovery of nickel mineralization in the form of a naturally occurring nickel-iron alloy called awaruite, which is amenable to bulk-tonnage, open-pit mining. Awaruite mineralization has been identified in four target areas within this ophiolite complex, being the Baptiste Deposit, the B Target, the Sid Target and Van Target, as confirmed by drilling in the first three plus petrographic examination, electron probe analyses and outcrop sampling on all four.  Since 2010, more than $25 million has been spent on the exploration and development of Decar.Of the four targets in the Decar Nickel District, the Baptiste Deposit has been the main focus of diamond drilling since 2010, with a total of 82 holes and over 31,000 metres of drilling completed.  The Sid Target was tested with two holes in 2010 and the B Target had a single hole drilled into it in 2011; all three holes intersected nickel-iron alloy mineralization over wide intervals with DTR nickel grades comparable to the Baptiste Deposit.  The Van Target was not drill-tested at that time as rock exposure was very poor prior to logging activity by forestry companies.As reported in a NI 43-101 resource estimate prepared on February 26, 2018, the Baptiste Deposit contains 1.843 billion tonnes of indicated resources at an average grade of 0.123% DTR nickel, for 2.3 million tonnes of DTR nickel, and 391 million tonnes of inferred resources with an average grade of 0.115% DTR nickel, for 0.4 million tonnes of DTR nickel, reported at a cut-off grade of 0.06%.  Mineral resources are not mineral reserves and do not have demonstrated economic viability.About FPX Nickel Corp.FPX Nickel Corp. is focused on the exploration and development of the Decar Nickel-Iron Alloy Project, located in central British Columbia, and other occurrences of the same unique style of naturally occurring nickel-iron alloy mineralization known as awaruite. For more information, please view the Company’s website at www.fpxnickel.com or contact Martin Turenne, President and CEO, at (604) 681-8600.On behalf of FPX Nickel Corp.Forward-Looking Statements
Certain of the statements made and information contained herein is considered “forward-looking information” within the meaning of applicable Canadian securities laws. These statements address future events and conditions and so involve inherent risks and uncertainties, as disclosed in the Company’s periodic filings with Canadian securities regulators. Actual results could differ from those currently projected. The Company does not assume the obligation to update any forward-looking statement.Neither the TSX Venture Exchange nor its Regulation Services Provider accepts responsibility for the adequacy or accuracy of this release.
CBJ Newsmakers 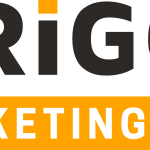 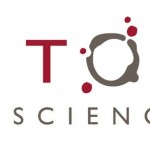