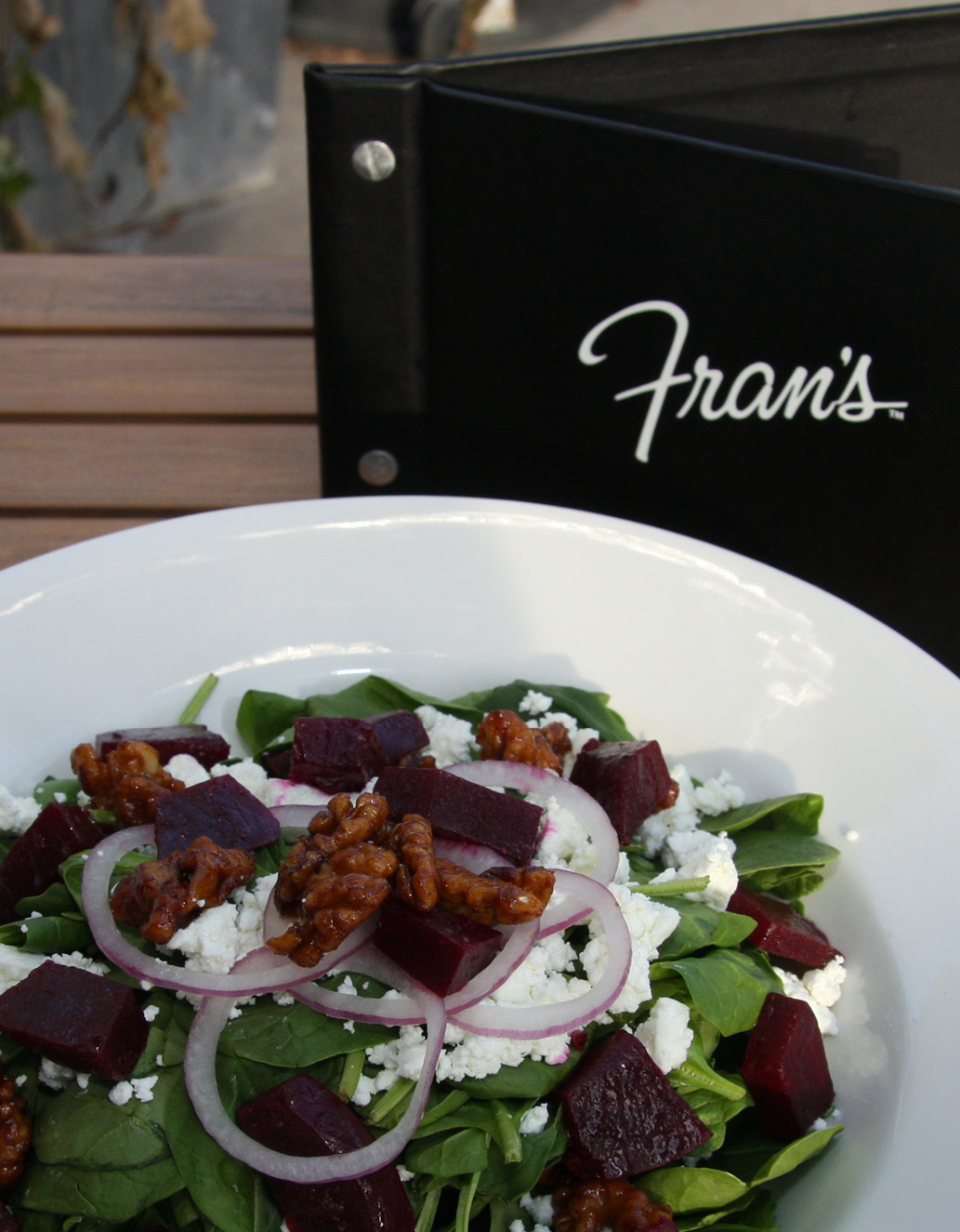 Great Food and Great Value Around The Clock

Francis Deck – Fran – started the Fran’s tradition in Toronto over 70 years ago. Born in Buffalo, N.Y., Fran worked his whole life in the food service industry and, for the benefit of all connoisseurs of the traditional feast in Toronto, he moved to the city and launched the first Fran’s on the intersection of St. Clair Ave. and Yonge St. in 1940. Fran and his wife Jane’s vision was to serve high quality food 24 hours a day. With its home style cooking and welcoming atmosphere Fran’s represents a Toronto diner institution, and a gathering place for people from all walks of life, any time, day or night.

The Kim Family has been in the restaurant business for over 40 years. From humble beginnings in Alberta, the Kim family became part of Fran’s in 1996, and took over the original restaurant in 1998, assuming Fran’s values of traditional fare and friendly atmosphere, and “the restaurant that never closes” carries on strong. Two new Toronto locations opened under the Kim family stewardship, serving great food at great value around the clock. The company also ventured outside the GTA with its Barrie location, and the company does not see a reason why the Fran’s tradition could not expand further into additional new locations across Ontario.

The restaurant focuses on providing home style comfort food, and Fran’s has also been the innovator in the food service, introducing new food and serving ideas to patrons, ideas that are today considered standard in the food service. Some of “Fran’s firsts” are the Banquet Burger, a common item in any restaurant today; and rice pudding, as well as chili, that have won numerous awards over the years, and remains a staple on Fran’s menu. The restaurant also launched Fran’s Brand Coffee and Apple Pie, so visiting Fran’s and expecting to see new gourmet ideas rooted in tradition of good quality homemade feast is not a farfetched reverie.

Gillian Downes, Manager, Marketing and Communications, said, “When we talk about Fran’s (menu), imagine Sunday dinner with your family – everybody’s in the kitchen cooking together. We want to bring that back to our patrons, and let them relive those moments as often as they want. We offer something for everybody.”

While Fran’s sticks to the traditional fare, the restaurant continues to evolve its dishes, introducing modern ingredients and modern twists on the tradition. The company sources fresh, seasonal, local ingredients (by working with suppliers of quality products such as Dom Amodeo Produce Company), and Fran’s also always seeks new culinary ideas as well as feedback from the customers. “We still keep the original recipes, but we do add new ingredients that became more in demand,” says Downes.

As to the expansion, the company is first looking into several restaurant concept options, seeking a concept that would retain the diner feel, but would resemble a family restaurant. “Once we create a concept that will marry these two ideas, then we will look into creating this concept location, present the concept to patrons, and see how it will be received by the community,” says Downes.

Fran’s traditional fare simply gives right in when it comes to catering. The restaurant offers catering to legions of its loyal customers, providing flexible catering and made-to-order fresh foods to satisfy businesses, sports teams, events, and all other functions imaginable. “We also allow functions and events to take over our patio if required. We have companies coming in for less official events such as after work parties, speeches, awards and so on,” points out Downes.

Fran’s new Test Menu Project gives the Fran’s restaurants’ chefs the opportunity to experiment with ingredients and introduce new dishes, drinks and cocktails, with patrons being able to order from the Test Menu and discuss these items via Fran’s social media outlets. The items well received by the patrons will earn a permanent spot on Fran’s menu. The Test Menu Project will launch in June at Fran’s Front St. and Victoria St. locations.

Whether you are an existing patron or just seeking change in your dine out routine, Fran’s Restaurant and Bar is ready to offer a delectable traditional fare with a modern twist, but there is no need to rush, after all, Fran’s doors are always open.