TORONTO, ON–(Marketwired – June 08, 2017) – Franchise Holdings International, Inc., the parent company of Truxmart LTD Inc. (OTC PINK: FNHI), a manufacturer of high quality, functional, and aggressively priced tonneau covers for the light truck market, expects to complete and issue its 2016 Audited Financial Statements in the next few weeks. Steven Rossi, FNHI CEO, and FNHI management “sincerely apologize for the delays resulting in late filings,” and stated that immediately after the audit is finalized, the FNHI Q1, 2017 Quarterly Review will be underway, with an anticipated expeditious time-frame.

Following the issue of the Audited Financial Statements and the Quarterly Review, FNHI will seek re-listing on the OTC’s QB exchange for early-stage and developing U.S. and international companies. With this milestone achieved, demonstrating the company’s growth-oriented progress, FNHI will move forward with its previously initiated dual listing on Toronto’s Canadian Securities Exchange (CSE).

Rossi stated that Truxmart’s business has continued its upward trend, and that it “presently has over US$235,000 in booked purchase orders, its highest level to date.” He also commented on a visit to the company’s Chinese factories in May saying that as a result “Manufacturing costs were reduced by approximately 18 percent, increasing profits substantially, while maintaining product quality.”

“In the future, we will require additional capital to meet production, demand and revenue targets, a pivotal point for Truxmart’s business,” Rossi added. “The terms of our anticipated capital raise, a private placement financing, will be released in the very near future.”

Truxmart, Franchise Holdings International’s wholly owned subsidiary, was founded in 2011 to take advantage of the limited innovation provided by existing tonneau cover manufacturers. Tonneau covers have remained much the same in price and design since 2005 with one main company controlling a majority of the tonneau cover market. This dynamic market segment is in need of a new innovative manufacturer of high quality, functional, and aggressively priced tonneau covers. Truxmart has developed multiple products for all of the most prominent pick-up trucks available in North America. Details of most products can be found at www.truxmart.ca. Truxmart sells its products through master warehouse distributors, dealers, and online retailers in North America and is expanding to Central and South American distribution of its products. 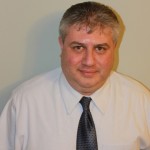