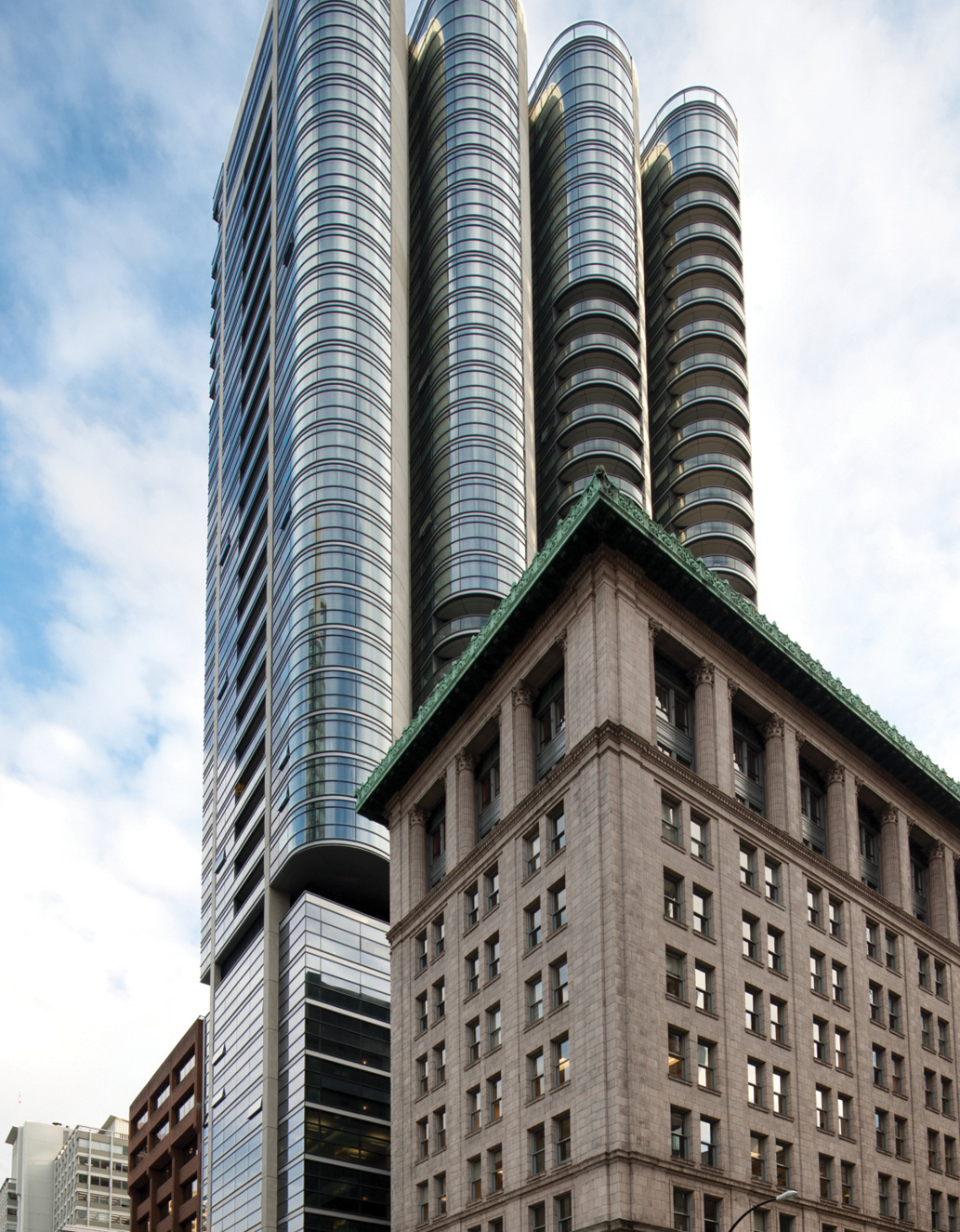 Francl Architecture built its reputation on its integrated process, on gauging tangibles, such as programming, budget, and schedule, and intangibles, such as sustainability and user experience, creating architecture that enhances the fabric of towns and cities in B.C. — public and private projects that create the lush fabric that people call “home”.

Walter Francl built his name as an architect on the principles of integrity, passion for design, and his insight and inventiveness. In Francl’s eyes, architecture serves as an opportunity to exercise the spacial, aesthetic and cultural values that build with and for the community. These are the core values of the firm.

Francl Architecture conceives designs through a collaborative and integrated process that engages the client, the stakeholders and all consultants; working together to generate ideas, exploring their potential, and integrating these ideas into designs that deliver the most value for the community.

The Canadian Business Journal spoke with Walter Francl and Stefan Aepli, Principals of Francl Architecture, about the company’s architectural dynamics, and the dynamics of Vancouver as one of the most architecturally stimulating places on the planet.

“Vancouver has been an interesting and exciting place to work for the past 30 years. The West Coast has been very innovative in the approach taken to housing. We see encouragement of this design innovation from the municipality, with many opportunities to re-imagine sites here in Metro Vancouver. This re-imagining of the city goes back to the 1970s, with the innovative and forward-looking rejuvenation of False Creek and Fairview Slopes. Concords’ Expo properties followed through the 1990s to the present, and now it’s on to Northeast False Creek and the Olympic Village,” says Francl.

“Walter [Francl] has been very successful in building a thriving architectural practice here. He’s been active in multiple sectors, with some institutional work, a lot of recreational work, industrial and commercial,” says Aepli.

“One of the keys to our success has been our ability to align ourselves and collaborate with other firms, and in doing so, to take on projects we would otherwise not even be able to contemplate. The collaboration with other firms has helped us build teams and tackle projects we would have otherwise not have been able to participate in,” says Francl. The collaborative projects such as Langara College, Millenium Line SkyTrain stations were important to the firm’s growth, and the company continues to work with other architectural and construction firms in raising its name in Vancouver and Lower Mainland.

Most of the company’s recent projects have been relatively complex, and Francl sees the firm’s success in its ability to engage and address all projects’ stakeholders, thriving in execution of high-visibility projects that require inclusion of multiple stakeholder groups and address their concerns in a fashion that best serves the given project.

“What we have learned early on from our work with larger institutional, recreational and municipal bodies, is that to create a successful design, you have to collaborate with the user groups in the design process. We are skilled in engaging the client and the stakeholder groups, using workshop sessions to get them involved in modelling and designing their project with us as a shared and evolving vision,” says Francl.

“For example, the Jameson House project has been a hugely complex project. The project was a tight site which it shared with two heritage buildings. It is a mixed-use building with retail on the ground floor, office space up to the 12th floor, and high-end residential housing on top. The building also has possibly the largest automated parking system in Canada. This was a hugely complex task to undertake, and it took a lot of effort, but the result is quite stunning,” says Aepli. “Jameson House has also been a collaboration — we collaborated with UK’s Foster + Partners [company founded by renowned architect Norman Foster].”

With the firm’s success in prominent, multiple-stakeholders projects, Francl Architecture is taking on new challenges. “We are currently involved in several larger projects that require rezoning applications. This in turn involves an ongoing public consultation process that brings out diverse neighbourhood interests and opinions. We welcome this input from an engaged public,” says Francl.

In seeking talent for a growing firm, Francl Architecture is working towards developing a workplace that reflects the cultural diversity of Vancouver. The company attracts architectural professionals from Europe, America, and Asia, all bringing their skills to contribute to an evolving architecture rooted in Vancouver’s coastal environment. “Over the past decades, Vancouver has matured and became more open to talent from around the world. We employ professionals from France, Ireland, Portugal, UK, Eastern Europe, China, Taiwan, Korea … you name it. This creates an interesting matrix of observations, perceptions and design sensibilities that contribute to an evolving urban reality that we are all building. We think we all benefit,” says Francl.

Francl Architecture’s considerable expertise in sustainable building design has been developed in response to Vancouver’s growing public awareness of environmental issues. This is reflected in the goal that the City Council has set Vancouver to become the greenest City in the world by 2020. “Vancouver enjoys this wonderful natural setting, with the immediate presence of both the mountains and the ocean, and the immediate interaction of the ocean, the mountains, and the city, and there is a continuous evolution of this aspect. The sustainable design aspect is a part of this, and we want to take the advantage of these natural attributes to inform our work going forward,” says Francl.

With Vancouver’s continued reimagining of its cityscape, and new infrastructure projects to support the growing urban framework in B.C.’s Lower Mainland, Francl Architecture sees many opportunities to apply its vision of the new, the modern, and the sustainable in an ever-evolving and ever-growing Vancouver.