TORONTO, Nov. 05, 2019 (GLOBE NEWSWIRE) — Electricity prices in Ontario continue to rise, despite the Ontario government’s attempts to lower them, finds a new study released today by the Fraser Institute, an independent, non-partisan Canadian policy think-tank.
“Ontarians know their hydro bills skyrocketed over the past 10 years, but many may be surprised to learn those costs continue to go up,” said Elmira Aliakbari, associate director of natural resource studies at the Fraser Institute and co-author of The Ontario Government’s Electricity Policies 2018-2019: How They Are Failing and How to Fix Them.The study finds that despite introducing a debt-funded government subsidy, residential electricity prices in Toronto rose by five per cent from April 2018 to April 2019. Large electricity consumers (large factories, for example) experienced a 10 percent increase in their electricity costs in Toronto over the same period.Consequently, Ontario residents are paying 22 per cent more (on average) for electricity than the rest of Canada. And large electricity consumers in Ontario—who are paying the highest electricity rates in the country—are paying 65 per cent more than large consumers in the rest of Canada.So why do electricity prices in the province continue to rise?One main reason is that the province’s surcharge on electricity, the so-called Global Adjustment that was introduced in the 2009 Green Energy Act, continues to rise. In fact, it increased 13 per cent (adjusted for inflation) between June 2018 to June 2019, from 12.1 cents per kilowatt hour (kWh) to 13.7 cents/kWh. The largest single component of the surcharge is contract costs with renewable energy generators, accounting for 34 per cent.“In order to meaningfully reduce electricity costs in Ontario, policymakers must deal with the fundamental reasons why electricity costs continue to rise, which are the subsidies being paid to renewable energy providers,” Aliakbari said.MEDIA CONTACT:
Elmira Aliakbari, Associate Director, Natural Resource Studies
Fraser InstituteTo arrange media interviews or for more information, please contact:
Bryn Weese, Fraser Institute
Tel: (604) 688-0221 ext. 589
E-mail: [email protected]Follow the Fraser Institute on Twitter  |  Become a fan on FacebookThe Fraser Institute is an independent Canadian public policy research and educational organization with offices in Vancouver, Calgary, Toronto, and Montreal and ties to a global network of think-tanks in 87 countries. Its mission is to improve the quality of life for Canadians, their families and future generations by studying, measuring and broadly communicating the effects of government policies, entrepreneurship and choice on their well-being. To protect the Institute’s independence, it does not accept grants from governments or contracts for research. Visit www.fraserinstitute.org
CBJ Newsmakers 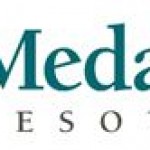