Transferring a significant portion of the credit risk on the mortgages Freddie Mac guarantees to a broad spectrum of private investors reduces taxpayer exposure to credit events and lessens the probability that any one firm — including Freddie Mac — will suffer a loss large enough to threaten the viability of the firm.

Quote: Attributed to Sean Becketti, Chief Economist, Freddie Mac.
“The housing market collapse in the latter half of the decade generated the largest real estate losses since the Great Depression. This Insight explores a hypothetical alternative where Freddie Mac would have transferred a significant portion of credit risk to a wide array of large private investors in the years prior to the collapse. Unfortunately, that didn’t happen because there were no credit risk transfer bonds or reinsurance contracts in place — the mortgage market had not invented that type of risk transfer yet.

“While it’s impossible to replay history, the benefits of CRT explain why it is a logical next step in mortgage finance today. And the highly-destructive hurricanes that struck the United States this year are a real-world reminder that risk spreading via reinsurance in some form makes the financial system more resilient even in the face of unthinkably-severe shocks.”

Freddie Mac makes home possible for millions of families and individuals by providing mortgage capital to lenders. Since our creation by Congress in 1970, we’ve made housing more accessible and affordable for homebuyers and renters in communities nationwide. We are building a better housing finance system for homebuyers, renters, lenders and taxpayers. Learn more at FreddieMac.com, Twitter @FreddieMac and Freddie Mac’s blog FreddieMac.com/blog. 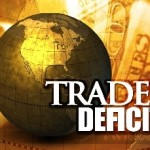