CALGARY, Alberta, June 08, 2020 (GLOBE NEWSWIRE) — Freehold Royalties Ltd. (Freehold or the Company) (TSX:FRU) previously announced that in 2019 it received a proposal letter from Canada Revenue Agency (CRA) wherein CRA stated that it intended to re-assess and deny Freehold’s deduction of certain non-capital losses claimed and carried forward in the tax returns filed for the years 2015 through 2018. Freehold has now received notices of reassessment (the Reassessments) from the CRA in which the CRA has denied the deduction of certain non-capital losses and other tax attributes in computing the Company’s income for taxation years ending in 2015 to 2018.
In issuing the Reassessments, the CRA is seeking to increase the Company’s income for Canadian tax purposes, which would result in federal and provincial taxes and interest of approximately $23 million. This amount includes an estimate for the provincial income tax and interest reassessments, which have not yet been received.Freehold, in consultation with its advisors, believes that the Company has filed its tax returns, and paid applicable taxes, in compliance with Canadian tax law, and Freehold intends to vigorously and expeditiously defend its tax filing position. Freehold intends to file notices of objection with the CRA, within the required 90 day period provided for under the Income Tax Act (Canada), and will be required to pay a deposit forthwith of approximately $11.5 million representing 50% of the reassessed taxes and interest, pending the appeal process.  In the event that Freehold is not successful in having the Reassessment overturned, Freehold has the right to appeal to the Tax Court of Canada. For further information, contact:Freehold Royalties Ltd.
Matt Donohue
Manager, Investor Relations & Capital Markets
t.  403.221.0833
f.  403.221.0888
tf. 1.888.257.1873
e.  mdonohue@rife.com
w. www.freeholdroyalties.comForward-Looking StatementsThis news release offers our assessment of Freehold’s future plans and operations as at June 8, 2020 and contains forward-looking statements that we believe allow readers to better understand our business and prospects. These forward-looking statements include our expectations for the following: the intention of Freehold to object to the Reassessments; Freehold’s assessment of the validity of the Reassessments; and Freehold’s assessment of the possible effect of the Reassessments on Freehold. By their nature, forward-looking statements are subject to numerous risks and uncertainties, some of which are beyond our control, including the risks that Freehold will be unsuccessful in having the reassessments overturned or in any appeal.With respect to forward-looking statements contained in this news release, we have made various assumptions, including relating to the provincial tax component of the federal and provincial taxes potentially owing. You are cautioned that the assumptions used in the preparation of such information, although considered reasonable at the time of preparation, may prove to be imprecise and, as such, undue reliance should not be placed on forward-looking statements. Our actual results, performance, or achievement could differ materially from those expressed in, or implied by, these forward-looking statements. We can give no assurance that any of the events anticipated will transpire or occur, or if any of them do, what benefits we will derive from them. The forward-looking information contained in this document is expressly qualified by this cautionary statement. Our policy for updating forward-looking statements is to update our key operating assumptions quarterly and, except as required by law, we do not undertake to update any other forward-looking statements. 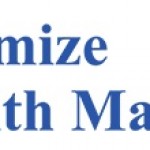 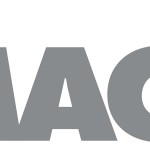