VANCOUVER, British Columbia, Oct. 08, 2019 (GLOBE NEWSWIRE) — Columbus Gold Corp. (CGT: TSX, CGTFF: OTCQX) (“Columbus”) is pleased announce that in September the French government appointed Didier Le Moine as the new mining delegate and coordinator of mining projects in French Guiana.
Mr. Le Moine, a mining engineer, formally held the position of Director of Industry, Mines and Energy in the French overseas territory of New Caledonia, where a nickel mining industry was successfully established.  Mr. Le Moine’s new mandate is to define, coordinate and implement actions for the development of a responsible mining industry in French Guiana that is compatible with France’s ecological ambitions, is respectful of the populations and generates wealth and jobs for the territory.Rock Lefrançois, Columbus’ President and Chief Executive Officer, commented, “As French Guiana’s leading gold explorer, Columbus embraces the French government’s initiative to appoint a capable delegate to develop and coordinate mining in French Guiana.  French Guiana is endowed with mineral‑rich and prospective geology and the territory should benefit from the responsible development of these resources.”Mining is French Guiana’s second largest industry, mainly driven by artisanal miners and a few local small to medium size companies.  Declared annual production and the number of mining operators has declined in recent years and the territory is currently plagued by illegal activity under unacceptable environmental and human conditions, and without any benefit for the territory.  With the arrival of an increasing number of recognized international mining companies and the recent rise in gold price, the territory can envision a new dynamic to implement a mining industry that is environmentally responsible, technically sound, economically efficient, socially integrated, respectful of working conditions and will be able to contribute to the development of the Guyanese population.Mr. Le Moine’s mandate will require optimising existing structures such as the responsible mine charter and branch agreements, and create new ones, such as a technical support hub for the industry in the form of a National Technological Research Centre for gold mines, similar to the one created in 2007 for the nickel industry in New Caledonia.  Also, he will need to facilitate the relations between project operators and all stakeholders (State and local governments, communes, populations, representatives of the first nations).About ColumbusColumbus is French Guiana’s leading gold exploration and development company.  Columbus holds a major interest in the world-class Montagne d’Or gold deposit.  A feasibility study for Montagne d’Or was filed in May 2017, and the mine permitting process is currently underway.  In addition, Columbus has entered into an agreement to acquire a 100% interest in the Rhea gold exploration property and is also earning into the Maripa gold exploration project, where past drilling has returned excellent near surface results, including 36 metres of 4.3 g/t gold.  Columbus’ objective is to assemble a portfolio of high-quality gold exploration projects in the highly prospective and underexplored Guiana Shield.ON BEHALF OF THE BOARD,Rock Lefrançois
President & CEOFor more information contact:Investor Relations
(604) 634-0970 or
1-888-818-1364
info@columbusgold.comCertain statements and information contained in this press release constitute “forward-looking statements” within the meaning of applicable U.S. securities laws and “forward-looking information” within the meaning of applicable Canadian securities laws, which are referred to collectively as “forward-looking statements”. The United States Private Securities Litigation Reform Act of 1995 provides a “safe harbor” for certain forward-looking statements. Forward-looking statements are statements and information regarding possible events, conditions or results of operations that are based upon assumptions about future economic conditions and courses of action. All statements and information other than statements of historical fact may be forward-looking statements. In some cases, forward-looking statements can be identified by the use of words such as “seek”, “expect”, “anticipate”, “budget”, “plan”, “estimate”, “continue”, “forecast”, “intend”, “believe”, “predict”, “potential”, “target”, “may”, “could”, “would”, “might”, “will” and similar words or phrases (including negative variations) suggesting future outcomes or statements regarding an outlook.  Forward-looking statements in this and other press releases include but are not limited to statements and information regarding: the construction and development plans for the Montagne d’Or gold mine, including modifications and anticipated timing thereof; the satisfaction of additional requirements to the construction of the Montagne d’Or gold mine, including but not limited to, the submission and processing of mine permit applications, including related engineering studies; the timing and rendering of a decision and actions regarding the development of the gold mining industry in French Guiana; the development of a project that meets the French governments expectations; the French Government’s actions for the development of a responsible mining industry in French Guiana; the timing of the French mining code reform; mine permitting milestones; and the earning into of the Maripa gold exploration project.  Such forward-looking statements are based on a number of material factors and assumptions and involve known and unknown risks, uncertainties and other factors which may cause actual results, performance or achievements, or industry results, to differ materially from those anticipated in such forward-looking information. You are cautioned not to place undue reliance on forward-looking statements contained in this press release. Some of the known risks and other factors which could cause actual results to differ materially from those expressed in the forward-looking statements are described in the sections entitled “Risk Factors” in the Annual Information Form of Columbus Gold Corp., available on SEDAR under Columbus’ profile at www.sedar.com.  Actual results and future events could differ materially from those anticipated in such statements. Columbus undertakes no obligation to update or revise any forward-looking statements included in this press release if these beliefs, estimates and opinions or other circumstances should change, except as otherwise required by applicable law.
CBJ Newsmakers 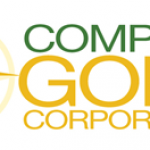 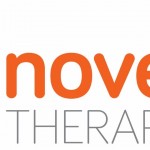