Mohamad Fakih, CEO of the food chain Fresh East, likes to tell the story of how he founded his Middle Eastern and Mediterranean restaurant franchises. In 2007, while hunting for baklava to serve at a dinner party, he stumbled upon a struggling Lebanese restaurant. The owner recognized Fakih from other the businesses he ran and asked for a loan. Surprised at the request, Fakih said he would think about it, hoping the restaurant owner wouldn’t pursue the issue any further. The next day, however, the man contacted Fakih again and he reluctantly agreed. Despite his generosity, the restaurant failed and Fakih ended up with a new business.

From that chance transaction, Fakih founded Paramount Fine Foods Ltd., a Middle Eastern and Mediterranean restaurant franchise. To turn the restaurant into a successful venture, Fakih consulted experts and engineered a menu that would deliver the Middle Eastern experience to Canadian restaurant goers. What he discovered was the Canadian landscape lacked high-quality, healthy Middle Eastern food. So Fakih hired a business savvy team to get his Lebanese restaurant up and running.

“We brought in a new image, and a new way of representing Middle Eastern food,” Fakih says. “It’s a great combination of bringing the food and culture of back home to Canada. And bringing a great Middle Eastern experience to Canada, outside of what Canadians are used to.”

From its Mississauga location, Paramount Fine Foods began attracting customers from all over Toronto. It turned out Canadians hungered for top-quality Middle Eastern cuisine. With Paramount’s success, Fakih went into the franchise business. In 2016, Paramount Fine Foods will have restaurants in 58 locations in Canada, the United States, Europe, Lebanon, Pakistan, and Qatara.

Middle Eastern Twist on the Sandwich

The first Toronto location opened in August 2015 on the corner of Yonge and Dundas. It was Fresh East’s third opening within the past six months. The two other restaurants are located on Western University’s campus and in the Erin Mills Town Centre.

Only the Best Halal Meat

Fresh East uses the finest and most ethically prepared products. All the meat comes from Paramount’s award-winning halal butcher shop. Food processed according to Muslim dietary laws is called halal. It excludes pork and meat from carnivorous animals or birds of prey.

According to Islamic guidelines, only certain types of meat can be eaten and the meat must be prepared in a specific way. The Fresh East website explains that the animal must have been “fed a natural diet that did not contain animal by-products.” The halal method “allows maximum drainage of blood from the animal’s body. Blood in meat makes it more susceptible to putrefaction and also negatively impacts taste.” Fakih says when meat is prepared in this way it tastes better, is healthier and stays fresh for longer due to the absence of blood. “Halal meat is not only the most hygienic, but the most humane way of slaughtering the animal,” Fakih explains. He says the methods stem from the belief that all animals should be cared for and respected.

The Paramount Group has been Certified Halal by ISNA Halal Certification Agency the Halal Monitoring Authority, and Canada Halal Examination and Certification, which certifies that the meats comply with the strict Islamic guidelines.

A Variety of Options

Fresh East reflects the variety of Middle Eastern cuisine and it strives to serve exactly the kind of food Canadians would find in the region. “Similar to the Paramount concept, we insist on serving our food the way it is served in the Middle East,” Fakih says. “It always suggests the original recipe. Chefs bring in combination recipes from countries like Lebanon for our sandwiches.” In fact, Fakih makes a point of sending his staff to the Middle East on frequent research and development missions to ensure the menu is not lacking any essential cuisine ideas.

At Fresh East, customers can make their own pita with hot or cold cut meat and choose from a variety of cheeses, toppings and sauce. The submarine meats range from the traditional roast beef, turkey, tuna, and the Fresh East club to turkey and beef roll. The classic Middle Eastern submarines include the chicken and beef shawarma, shish tawouk, kafta, veal macon MLT, pulled beef and falafel. For those looking for a carb-free option, they can order a sandwich in a bowl, which is any variety of sandwich combination minus the bread. Fresh East also offers vegetarian sandwiches and an assortment of salads, including tasty tabouleh and fattoush salads.

Before the food and restaurant business, Fakih managed several successful businesses. He is an experienced manager and shares insightful business advice. “I always say everything has to make sense. I always say never cheat your business or your business will cheat you back. Always deliver your best food to your customer. Every time you feel like you want to save on something ask yourself if that’s coming from the customers’ pocket,” Fakih says. “Your customer is your best partner, not your money. If your customer is happy, you’re always going to make money. Your customers and your employees are your best asset.”

The team can make or break you, Fakih says, including franchisees and employees. He stresses the importance of carefully selecting the right candidates. “Not everyone is fit to run a location or work in the food business, even though they want the opportunity,” he says. “Maintain a rigorous selection process and stick to it, to ensure all parties are protected.”

Fakih also suggests staying humble and recognizing you don’t know everything. He says to hire experts. “It is important to surround yourself with people who bring the right talent to fill your weakness.”

Another key to success is to maintain consistency. This includes the signature recipes, plating techniques and greetings. “Ensure that everything is to the highest quality standard, and can be repeated. Once you find the magic, replicate it in every interaction and location,” Fakih says. 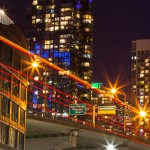 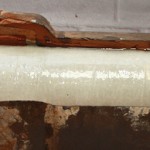