The Future of the Oil Sands 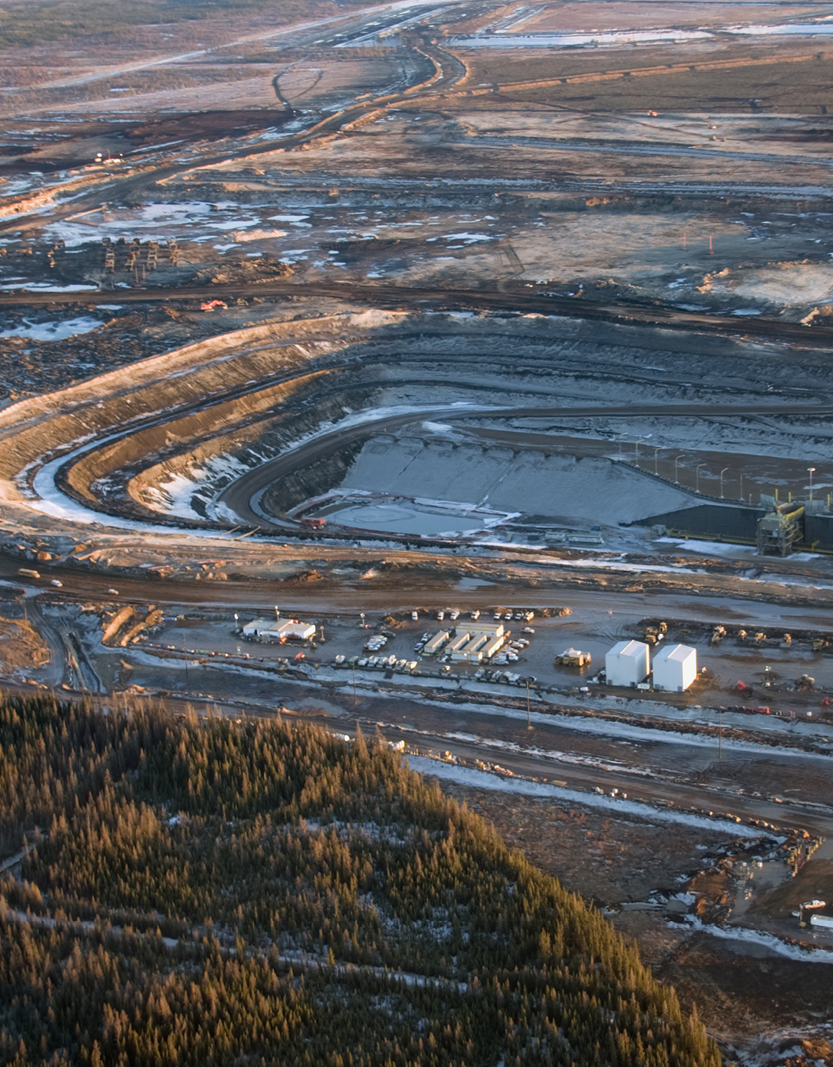 The development of oil sands projects to enhance energy output for Canadian companies will continue to accelerate as we head through 2013, with rapid growth anticipated in this portion of the oil and gas energy sector.

Oil sands – or tar sands as some would say – are a type of unconventional petroleum deposit. The oil sands are loose sand or partially consolidated sandstone containing naturally occurring mixtures of sand, clay, and water, saturated with a dense and extremely viscous form of petroleum technically referred to as bitumen. Some of the largest deposits have been reported right here in Canada and most notably the northwestern section of Alberta where there are several mammoth sites, including the Athabasca Oil Sands of Fort McMurray.

The oil sands themselves have been a huge source of controversy for environmental groups claiming widespread pollution effects on humans, animals and plant life. The extraction can affect the land when the bitumen is initially mined with additional effects on large quantities of water required during separation of the oil and sand, and also the air due to the release of carbon dioxide and other emissions.

Monitoring air quality in the oil sands regions since 1995 has shown improved or no change in long term air quality for the five key air quality pollutants – carbon monoxide, nitrogen dioxide, ozone, fine particulate matter and sulfur dioxide – used to calculate the Air Quality Index. While few would dispute there’s a pollution element to the process, new technologies have consistently been able to make extraction cleaner in large part due to the millions, if not billions, spent by companies within the industry. Sometimes you have to spend big money in order to be able to keep making big money, and there’s no finer example than this.

There remain widespread conflicting reports on the effects to aquatic life, with some studies claiming higher abnormalities and deformities in fish. In August, 2011, the Alberta government initiated a provincial health study regarding a potential link between the higher rates of serious illness and the oil sands, but results of testing as of now remain inconclusive. Recognizing the enormous economic impact of the oil sands, in 2008 the Alberta government announced a $2 billion fund to support sequestration projects in power plants and oil sands extraction and for upgrading facilities to make them more efficient and reduce pollution, including greenhouse gas emissions.

Energy impacts all our lives, whether it’s to heat our homes or offices, driving our vehicles to visit relatives or using it to power society’s mainframe infrastructure such as hospitals and schools. The energy sector is one of our nation’s most prolific economic engines.

It was about five years ago when greater attention became focused on Canada’s oil sands resources to the point now where it’s become front and centre.
Calgary-based Suncor Energy is one of the companies at the forefront of oil sands extraction and released its 2013 corporate outline early in December. With assets exceeding $75 billion, the corporate plan at Suncor includes $7.3 billion for capital spending balanced between growth and sustaining projects and planned average production of 570,000 to 620,000 barrels of oil equivalent per day, representing an increase of about 8 per cent in overall production and 12 per cent in oil sands production year over year.

It is anticipated $3.3 billion of this year’s capital expenditures will be allocated for growth projects, with nearly half of that capital earmarked for advancing exploration and production projects including Hebron, Golden Eagle and East Coast Canada asset development. In oil sands development, the company anticipates spending over $1.2 billion to support near-term production growth in In Situ and Base and funding longer-term growth projects. Refining and Marketing growth capital of $55 million will largely be deployed on projects to prepare the Montreal refinery to receive shipments of western crude.

Suncor Energy CEO Steve Williams addressed a business audience at the Toronto Board of Trade, offering up some candid and insightful details on how he sees his company moving forward in the oil sands sector.

“We have rigorous environmental standards and regulations, strong human rights practices and a stable geo-political climate,” notes Williams. “We have an enormous amount to be proud of in our energy sector.”

Canada is naturally positioned to be one of the world leaders in the energy sector with the third largest oil reserves, an abundance of natural gas, substantial hydro resources and a constantly expanding renewables sector. With the energy sector providing one of the key elements of our economy, a tremendous amount of uncertainty remains due to the global economic slowdown. Nonetheless, Williams believes the Canadian industry will continue to see growth.

“Energy demands are going to continue to rise, driven mainly by growing populations and shifting standards of living in China, India and other developing nations.”

According to the International Energy Agency, demand is expected to increase by about 35 per cent over the next 20 to 25 years.

“We’re going to need all sources of energy to meet it,” (the demand) remarks Williams.

There have been numerous revised forecasts coming out of the United States, so it’s quite often difficult to gauge what the future holds for our neighbours to the south. But what seems evident is their desire to be more self sufficient in the future. All the while there’s been increased scrutiny on Canada’s oil sands, which has translated into significant resistance to building new pipeline infrastructure and general public discourse.

Canada’s energy industry literally fuels the nation’s economy. It’s an economic driver that provides Canadians with an unparalleled quality of life, employment opportunities and financial stability. The energy industry has the potential to drive economic prosperity for generations to come.

There is an opportunity for Canada to steward natural resource development, globally. We have the scale, means, technology, will and ingenuity to create energy for a better world. We can raise the bar.

A healthy energy future for Canada requires more than one trading partner. It’s simply good business. While we will continue to have a role in providing the United States with a preferred product, we also need to develop new markets.

We need to build bridges with one another and work together to determine our energy future. Rather than continuing to polarize this debate, we need to focus on constructive solutions.

Suncor Energy’s top boss is very candid in admitting the industry was largely unprepared for being a focal point in the media and the public and all the scrutiny that goes with it.

“Now we’re trying to figure out how to have conversations rather than confrontations,” Williams states. “We’re trying to take emotion and polarization out of the debate. We are trying to collaborate to find common ground and we don’t underestimate the challenge of maintaining our social licence to operate.”

Williams compares the evolution of the telecoms, and specifically cellphones, which were once the size of bricks – and are now small enough to be palmed in one’s hand, with the ability to source out any type of information with just a few touches of the screen. He sees a number of parallel developments in energy.
“In the 70s and 80s we were focused on trying to figure out how to get the sand out of the oil and turn it into usable forms of energy,” Williams continues. “We were also focused on how to create an economically viable industry. At times we were a bit clunky and unsophisticated.”

The industry still has a long way to go in order to appease the core of naysayers, but improvement has been made each and every year. At Suncor, Williams says his company has cut per-barrel greenhouse gas emissions by half at their mining operations since 1990. Since 2006, the company has managed to reduce its freshwater intake by more than 30 per cent. Usage is the lowest it’s been in absolute terms since 1998, while production has tripled over those 14 years.

“Suncor developed, and is now implementing, game-changing technology to manage tailings,” Williams reveals. “We expect to shrink the land area covered by our existing ponds by 80 per cent, eliminate the need for new ponds and reclaim entire mine sites in about one-third of the time it now takes.”

About four years ago, six companies banded together to form the Oil Sands Leadership Initiative (OSLI). The collaborative network includes: Suncor Energy, ConocoPhillips Canada, Nexen Inc., Shell Canada, Statoil Canada, Total E&P Canada and Nexen Inc. which has made headlines recently after the federal government approved its $15 billion takeover by CNOCC of China. Natural Resources Minister Joe Oliver has indicated the takeover of Nexen by a Chinese state-owned company would not have been allowed under new investment rules.

But Williams acknowledges that this type of collaborating and inner-industry networking will only go so far in convincing the general public that it’s becoming a more responsible industry in every sense.

“To achieve an energy future Canadians can be proud of, we need to engage every sector of our economy – and all of our citizens – in an informed dialogue,” he concedes. “We also need to engage in conversations with government – and encourage constructive dialogue between governments – to thoroughly determine how we’re going to position Canada for long-term success amongst such global uncertainty.”

“Ultimately, we need to build bridges to ensure that Canada and its energy-driven economy takes a leadership role in creating energy for a better world.”

It’s a great plan and a strong start. But there’s still a long ways to go. 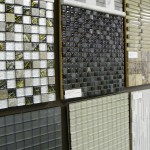 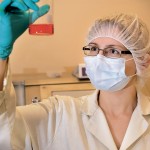